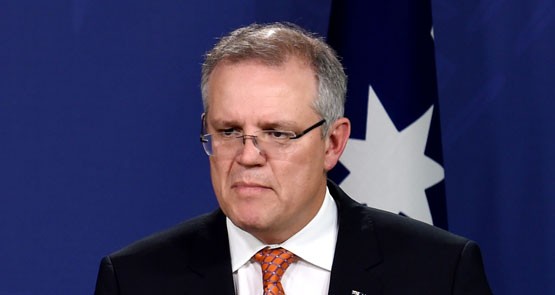 Did Treasurer Scott Morrison inherit Joe Hockey’s Havana Montecristos? If so, he should be able to puff one pretty soon. The new Treasurer has inherited a fundamentally sound economy, which had been trashed badly by the last two inept budgets. More significantly, he has grasped the levers at a time of strong global recovery.

So it shouldn’t be hard to do a better job than the hapless Hockey. Getting back to 2013 levels of performance may, however, be a tougher challenge.

So what are the benchmarks by which Morrison may be judged in months ahead?

Twelve key variables can readily be tracked. Most can be compared across the Organisation for Economic Cooperation and Development — the group of 34 Western democracies with similar, mixed, free-enterprise economies.

On all 12 of these, Hockey and ex-PM Tony Abbott promised improvement from opposition. On each there has been demonstrable decay — if not in the raw figures then certainly in relative performance.

We now have most economic data for the 2015 second quarter, so we can track these variables over the full two years since June 2013.

1. Unemployment: seventh down to 13th

Australia’s jobless rate in June 2013 was 5.7%, ranked seventh in the OECD. Only Germany, Japan, South Korea, Mexico, Norway and Switzerland were lower. By June this year, Australia’s jobless had risen to 6.1%. But the rest of the world had progressed, leaving Australia in 13th place, overtaken by Denmark, Iceland, Israel, New Zealand, the UK and the United States.

(OECD figures are found at tradingeconomics.com, unless shown otherwise.)

2. Youth unemployment: seventh down to 12th

OECD countries have made impressive advances here. The average rate of 21.72% in June 2013 was reduced over the next two years to just 19.38%.

3. Economic growth: seventh down to 19th

The annual growth rate of Australia’s gross domestic product (GDP) in June 2013 was 2.2%, ranking seventh in the OECD. Only Chile, Iceland, Israel, South Korea, Norway and Turkey were ahead. The rate increased through 2014 but fell back to 2.0% in June this year, the lowest since the depths of the global financial crisis in 2009.

During that period the rest of the world advanced strongly, as the global surge accelerated. Australia now languishes in the bottom half of the table, ranking 19th behind even Spain, Hungary and Poland.

From fourth best level of wage growth in the OECD two years ago, behind Norway, Estonia and the USA, Australia has now tumbled to the bottom half of the table.

Ten other OECD countries record corporate profits. Of these, only Canada, the Czech Republic, Estonia and Australia recorded declining profits over the last 12 months.(There is a chance lower recorded profits partly result from under-reporting in order to avoid taxes following reductions in ATO staff. We can’t be sure from the ABS data.)

Australia’s budget deficit in 2013 was only 1.2% of Australia’s GDP, ranking equal ninth in the OECD. That was the same as Turkey and the Czech Republic and lower than 23 other countries. The average deficit for the 34 economies then was -2.78% of GDP.

In 2014, the OECD average improved to -2.26% as the global recovery gained pace. Defying the trend, Australia’s deficit blew out to -3.1%, falling from ninth-ranked to 22nd. Italy, Ireland, New Zealand, Turkey, the USA and 16 other OECD countries all had lower 2014 deficits than Australia.

Australia’s gross debt in 2013 was 28.6% of GDP, ranking equal fourth lowest with Mexico. Only Chile, Estonia and Luxembourg had lower gross debt to income. A year later, according to the Australian Office of Financial Management, Australia’s debt expanded from $257.4 billion to $319.5 billion. By June 2015, it had ballooned to $368.7 billion.

That appears, on provisional data, to rank Australia 10th in the OECD, having fallen behind Mexico, South Korea, Norway, Switzerland, Turkey and New Zealand.

This is not to imply Australia has a debt problem. It doesn’t now and certainly didn’t in 2013. Just noting that the benchmark — should Morrison continue to claim debt must be reduced — is 28.6% of GDP.

Australia’s trade deficit — measuring the value of exports over imports — was -$475 million in June 2013. It had fallen from the strong surpluses of 2011, but was still quite low as deficits go.

By June 2015, the deficit had plummeted to -$3.05 billion — more than six times greater. This is only marginally better than the April figure of -$3.91 billion, which was the worst in Australia’s history.

This measure — which reflects the relative price of exports in terms of imports — has retreated alarmingly in the first two years of the Abbott government, falling from 100.0 index points in June 2013 to a lowly 82.6 in the 2015 June quarter.

The decline in the ABS index for any one year to June has only been greater once before — in 1961.

Meanwhile, global trade has advanced. The OECD average (for the 26 countries that record this) rose over that period from 99.2 to 102.3. Australia has thus gone from above average to well below. Only five of those 26 countries experienced a significant decline over the period. Australia’s was by far the worst.

Only Australia and Poland  maintained interest rates within the optimum band 2.75% to 4.75% through the entire GFC from 2009 to 2012. In August 2013, Australia’s rate fell to 2.5%, much to then-shadow treasurer Joe Hockey’s outrage. Hockey could not restore the higher level in government, however. It fell further to 2.25% in February this year and was cut again to 2.0% in May.

In June this year, three OECD countries had interest rates back within the optimum band: Chile, Mexico and New Zealand. But not Australia.

Since the March quarter of 2011 when the Queensland floods caused a dip down to 93.7 index points, there was a steady rise in productivity throughout the Gillard/Rudd period. Nine consecutive quarterly rises, in fact, up to 100.7.

In the eight quarters since the September 2013 election that steady rise has been arrested with two zeros and two negative numbers. Productivity has plateaued at 102.4.

So those are the benchmarks for the new Treasurer and the new-look government. Improving on June 2015 figures should not take long. Getting back to where Labor left the nation two years ago may take somewhat longer. But given the steady global recovery, that should certainly be achievable.

Until then, no cigar.

If you like alliteration then “hopeless Hockey” would be more appropriate.
Leventy was not ‘hapless’ meaning ‘unlucky’ – he was idiotically ideological & economically egregious and politically pig headed.(see wot I dun there..?)

Australia will have to adjust to a once in a lifetime loss of mining capex (from 8% back to historical average of 2%) over 2016-17, at the same time that China is slowing (particularly in resource heavy construction).

Add in the closure of car manufacturing in Melbourne and Adelaide leading to increased unemployment, as well as the end of the construction phase of the mining boom (Roy Hill, Wheatstone, Gorgon all finishing), Australia could lose up to half a million well paid jobs. Many of these will be reemployed, but at much lower wages. Hence stagnant real wage growth we are currently seeing.

Add in one of the world’s most indebted populations, sky high property prices (in Sydney growing at 20% annually) and the US Fed looking to raise rates for the first time in almost 10 years.

Hardly “great shape”. Not that any of this is Hockey or Morrisons fault, but let’s be a bit more realistic about the state of the economy and coming challenges.

@Ostap – “Not that any of this is Hockey or Morrisons fault..”

Whether or not you agree with subsidies or “co-investment” in car manufacturing, it’s hard to argue that it wasn’t Hockey’s choice to pull the plug on this industry.

And bear in mind that the $500m/yr this industry was costing us is approximately the same amount that we spend subsidising the car leasing industry through novated leasing subsidies for non-work car use.

Unsurprisingly, Hockey chose to spend the $500m on a couple of hundred white collar finance jobs, rather than a few 10’s of thousands of (largely unionised) manufacturing jobs.

It’s unfortunate more of the vociferous Posters on topics such as this can’t understand how an immediately prior Government’s decisions continue to affect the economy, isn’t it.