Mayne: will the AFL get Turnbull’s message on gender equality?

Prime Minister Malcolm Turnbull has delivered a strong message on gender equality in professional settings. Will it trickle down? 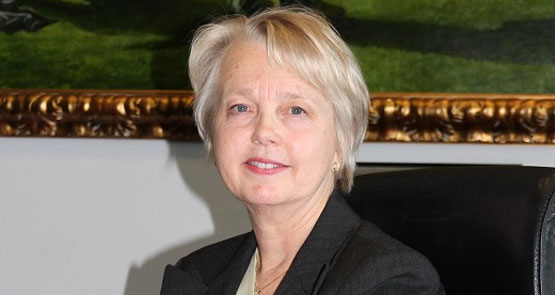 If Sydney Swans supporter Prime Minister Malcolm Turnbull is serious about Australia being known as a country that respects women, he’ll presumably be barracking for Hawthorn over West Coast in next Saturday’s AFL grand final.

Why? Well, as the following comprehensive list shows, the West Coast Eagles are the only remaining AFL club that has no female directors.

There are currently 24 female directors across the 18 clubs. Richmond has the only female president in Peggy O’Neal. The Western Bulldogs’ board has the most women with three female directors, including vice-president Sue Alberti.

There are still 11 clubs that, like Tony Abbott’s first cabinet, have only managed to find room for a solitary female; the more enlightened — i.e. those with two women — include Adelaide, Greater Western Sydney, Melbourne, Richmond and St Kilda.

Malcolm Turnbull also pitched a very strong message of renewal when he removed long-serving ministers such as Kevin Andrews, Eric Abetz and Ian Macfarlane from cabinet. If you were to apply a similar lens across the AFL, Turnbull might be suggesting it’s time for long-serving club presidents to hand over the reins to someone else.

The average tenure of the current 18 AFL presidents is just over fours years, and Eddie McGuire is easily the longest serving, having notched up 16 years of noble volunteering. The next longest stretch is his fellow former Footy Show host James Brayshaw, who took charge of North Melbourne in 2007.

Given the size of AFL football clubs and the serious coin paid to players and the senior coaching staff, it does almost seem odd that the directors are being exploited in working for nothing, save for what is presumably plenty of free tickets that might even attract fringe benefits tax.

Browsing through the list of AFL directors, there are a few interesting names that pop up.

North Melbourne may be looking for a new female director given that the incumbent, Julie Laycock, has spent the past 10 years as head of marketing at 7-Eleven in Australia; 7-Eleven deputy chairman Michael Smith stood aside as Australian Institute of Company Directors president after the scandal broke, so it will be interesting to see if North Melbourne finishes up in a similar position.

Dick Pratt’s widow, Jeanne, sits on the Carlton board and is the oldest AFL director at 79, but there are plenty who have served longer, such as Collingwood’s Jack Kennedy, who first joined the board in 1980, and Geelong president Colin Carter, who is seven years into his second stretch after previously serving from 1987 until 1993.

The website disclosures about directors and governance are of mixed quality. Melbourne Football Club provided a long list of the credentials of its president, Glen Bartlett, without mentioning when he joined the board or became president. The same applies to the newest clubs in GWS and the Gold Coast Suns.

Below is a list of the AFL presidents ranked by tenure, which also provides links to the directors and data on both board size and diversity. Thanks to Alice Mayne, 12, for assisting with the research.

Length of service of AFL Presidents

AFL supporters, this is you

There’s only one man on the ANZ championship Netball board

Nathan, you must keep in mind that legislated discrimination in Australia is widespread, but Crikey Land, the Tooth Fairy Brigade et al ignore discrimination when it fits their emotive prejudices.

No Norman I just think that Men are fundamentally less decent and as many studies have shown those getting to the high echelons of companies have a strong tendency towards psychopathy. I would indeed see it as more an insult to women if they were considered suitable for board positions.

Nathan, of course you’re correct in realising there are extremely important innate differences between male/female/whatever brains, which is what Crikey Land, etc., fails to do.
There are overlaps but in general this proposition remains true.
The mistake the Faux Progressives and others frequently make is that they don’t understand that Science is based on Generalisations, and that it’s when Generalisations are misused by asserting they apply to EVERY individual case that it is logically flawed.
Crikey provides numerous examples of this including even those made by the Right.
Sadly, the Crikey Commissariat and its Censor fail to understand this important point.

Well yes that is all well and good in theory but if you include more women on boards just because of their gender then you run the risk of them being less suitable because on average (your word was generalisation which I wouldn’t have used) they are less likely to present with the requisite skills/moral deficiencies to compete with psychopaths in other organisations. Granted there are men who are decent on boards but they are ineffective and are generally chewed up by the competition, once we include more woman the capitalist edge of survival of the most corrupt in business is lost and we sink back to being an ineffective capitalist state were the corruption lies in the government or the church or some other male construct to satisfy their need to be the best of the best. Capitalism is really a construct of male domination and if it was left to women it would fail. So we need to create a society where the women rule and socialism is the foundation and then we would have a nicer more considered world. The answer is to simply wait until we run out of oil fuel women will have to take over where we can be nice to each other and work together or we can just bomb each other out of existence man style.