Why is our Senate electoral system so complicated? And is there anything we can do to stop micro-parties gaming the system? 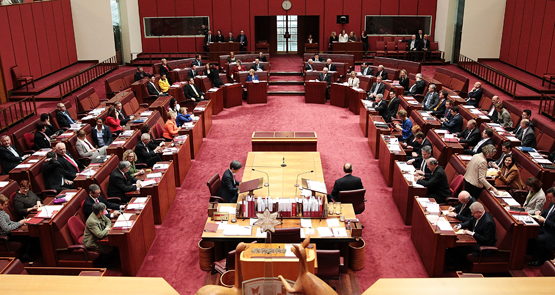 Eager to avoid the micro-party preference deals that elected the likes of Ricky Muir and the Palmer United bloc to the Senate, many (particularly among the Liberals) think it is time to reform the process by which we elect our senators. But how did we get to this point? And when it comes to reform, cui bono?

How did the Senate electoral system get to be the way it is?

Before 1949, states elected their senators using a winner-takes-all system that usually resulted in the Senate being dominated by one major party or the other. That changed when Ben Chifley’s Labor government anticipated its looming defeat in 1949, motivating it to pursue long-overdue reforms to revitalise the moribund chamber, and make life more difficult for the soon-to-be-elected Menzies government in the process. The system we have had since is known as “proportional representation-single transferable vote” (PR-STV), and it brings together two principles: proportionality, where seats are allocated according to parties’ overall shares of the vote, and preferential voting, in which votes pass on to a next choice after the voter’s preferred option falls through.

At first, the new system required that voters rank every Senate candidate in their state. As minor parties and independents proliferated, this became increasingly onerous — particularly when conservatives realised they could drive up the informal vote by flooding the ballot paper with candidates, which played to the disadvantage of Labor. At the federal election in 1983, voters in New South Wales had to number correctly 61 boxes, which 11.1% of them failed to do. Most of those who managed it were simply transcribing their favoured party’s how-to-vote card, so Bob Hawke’s incoming Labor government decided the problem could be solved by giving voters a short cut. Thus was born above-the-line voting and group voting tickets, whereby voters number a single box and have their preference order determined for them by the party of their choice.

Why is this a problem now all of a sudden?

Declining support for established political parties throughout the Western world has led to a proliferation of smaller new concerns, and an increase in the number of voters willing to support them. Electoral entrepreneurs came to recognise that if these small players stuck together in preference negotiations, there was a real possibility that one lucky candidate might rise all the way to the top. The major parties aided the process by favouring the small parties over each other in all but the most extreme cases, and by crossing ideological lines in pursuit of preference deals — helping Family First win a seat in Victoria at the expense of Greens in 2004, on Labor preferences. Such results encouraged yet more small parties to enter the fray, creating a new dimension to the problem as ballot papers continued to expand. Faced with upwards of 100 candidates, many voters at the 2013 election voted for the wrong party by accident, or gave up the search and plumped for a small party with a suitably appealing name.

What are the favoured options for dealing with the issue?

Broadly speaking, there are three. One is to follow the recommendation of Parliament’s electoral matters committee by abolishing group voting tickets, and instead allow voters to number as few or as many boxes above-the-line as they choose. Beyond the point where the voter stops indicating preferences, their vote simply drops out of the count. This has worked well at elections for the New South Wales state upper house, having been introduced after the same problems were encountered there in 1999.

The second option is to require that parties exceed a certain vote threshold before being entitled to representation. This is a common feature of proportional representation systems internationally, the 5% threshold in New Zealand being a typical example. However, the notion of thresholds is sorely at odds with the mathematically elegant logic of PR-STV, in which candidates are elected by amassing quotas calculated with reference to the total share of the vote. Furthermore, the constitution’s requirement that senators be chosen directly may prohibit a system that uses party vote totals to exclude individual candidates.

The third option is to do nothing — a particular favourite of the small parties who owe their seats to the existing system. Their argument goes that 23.5% of Australian voters gave their Senate vote to parties other than Labor, the Coalition and the Greens in 2013, and it’s only fair that these voters should be represented by senators from outside the established party system.

Where do the established parties stand?

It should come as no surprise that the Greens are of one mind about the need for reform, as fewer seats for micro-parties increases their chances of holding the balance of power in their own right. Conversely, the major parties seem to be having trouble working out which side their bread is buttered on. Last year, News Corp business commentator Terry McCrann spoke for many on the right when he invoked an “all-but-certain permanent Labor-Greens Senate majority through so-called and entirely misguided ‘Senate voting reform’”. A very different perspective is offered by Labor Senator Sam Dastyari, who says reform proposals amount to “the Liberal Party legislating to give itself a Senate majority”. While that is clearly an exaggeration, the diversity of views points to the difficulty in identifying where the advantage would truly lie, and the long history of electoral reforms having very different consequences from those envisioned by their authors.

Will anything change before the next election?

The logical course of action for the government is to wait until just before the next election, so it can remain on passable terms with the Senate crossbench in the meantime. So it came as a surprise last week when Mal Brough, who has assumed responsibility for electoral matters as Prime Minister Malcolm Turnbull’s new Special Minister of State, foreshadowed reform a system that was “being gamed”. After expressions of outrage from the crossbench, Turnbull sought to calm the waters by saying the government had “no specific plans”.

The government would ideally want bipartisan support in pursuing something as fundamental as electoral reform, but Labor seems primed to find excuses not to offer it. The only other way for the government to abolish group voting tickets would involve a deal with the Greens, which would presumably provoke an allergic reaction from Coalition ideologues.

Liberal Democratic Party Senator David Leyonhjelm has adroitly sought a middle course by advocating the Victorian model, which maintains group voting tickets while requiring that below-the-line voters number only a limited number of boxes. That may sound sufficient to reform sceptics in the government camp, while being regarded as better than nothing by the Greens. However, experience from Victoria suggests most voters would continue to use the quick-and-easy single-number-above-the-line option, so that the importance of back-room preference negotiations would be little diminished. 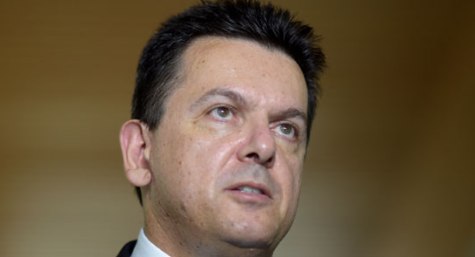 Would the Senate reform spell the end of micro-parties? 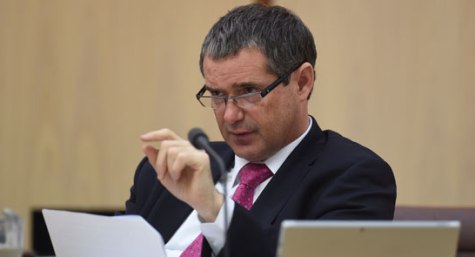 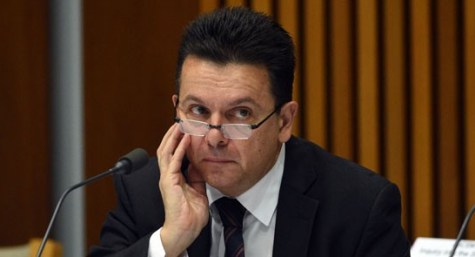 I think the way to do it is simple – get rid of the above the line voting, require the voter to number the boxes up to the number of seats to be filled – 1 to 6 for half Senate elections, 1 to 12 for full Senate elections.

The single most important reform needed is to give control of preference flows to the voter, as it is with lower house seats. It is the handing of proxies to party backroom operators that cause the most egregious travesty of voter intentions in modern times – the election of Fielding, a conservative Christian traditionalist, with ALP votes.

The ALP did the deal hoping to capture Fielding’s quota and get in ahead of the Greens but the opposite happened.

The one power we, the People, have to counter the BigAr$ed end of town & politics is the PR-STV.
The pity is that 97%+ can’t be bothered to use it in the Senate – perhaps daunted by the beach towel sized ballots – so they tick above the Line.
This could be resolved by allowing the voter to choose a minimum number of candidates – 10 to15% would be a reasonable proportion – and actively discourage the astroturf parties & groupings.
And to be rid of preference whisperers, ban How-to-Vote cards.

I forgot to add my disgust that the Greens would have any part in this abrogation of free choice but not surprised given Di Natali’s determination to take the party down the German GrauGrunen muddy track and become just another bunch of seat polishing apparatchiks.