The Kiwis' falling currency lands them in the money. And other business tidbits of the day.

M2 and Vocus, the last pre-NBN merger? Trans-Tasman telecommunications giant M2 this morning announced it would merge with fibre and infrastructure telco Vocus to form a combined entity with revenue of $1.8 billion. The surprise move probably shouldn’t be that big a surprise. M2 has been on the hunt for more mergers or acquisitions after it lost out buying iiNet to TPG. ACCC chairman Rod Sims indicated shortly after the competition watchdog approved the iiNet-TPG deal that it might be harder for any future mergers to be approved because the deal effectively reduced the number of large telcos in Australia to just four: Telstra, Optus, iiNet-TPG and M2.

In buying out a telco not directly catering to the retail market, M2 has managed to avoid the ACCC’s ire. The merger documents already state that the ACCC has indicated it will not oppose the merger. The takeover means this will largely set in stone the ISP market for the next few years of the NBN roll-out. Any future growth for the industry is likely to be in content acquisitions. Foxtel, with its recent debut into broadband, should have the advantage in this space, but still under half-ownership of Telstra, has yet to make much of an impact in the broadband market. The M2-Vocus merger is expected to be completed in early 2016. — Josh Taylor

Every little bit helps. It’s amazing how a falling currency can improve the finances of a central bank. Take the NZ Reserve Bank: it released its 2014-15 annual report this morning and revealed that the falling Kiwi dollar in the year to June boosted income (from the valuation effect), after a couple of tough years of enduring a high value for the Kiwi. So dramatic was the improvement that the bank reported a NZ$624 million surplus (up from just NZ$56 million the previous year), the second-largest in the bank’s 80-year history. And that, in turn, allowed the central bank to pay the government of Prime Minister John Key a huge dividend of NZ$510 million, up from just $NZ20 million for 2013-14.

There will be something similar in the RBA’s 2014-15 annual report that has still to be released (it was out on October 2 last year). There should be a substantial boost from the fall in the value of the Aussie dollar in 2014-15. On a trade-weighted index (TWI), the fall was more than 11%. In contrast, the TWI hardly moved in 2013-14; there was a small rise of less than one point. It won’t be a cornucopia, but it will come in very handy for ScoMo’s budget. And the value of the Kiwi and Aussie dollars have fallen further since June 30, setting up another juicy return to the respective reserve banks if the fall is maintained to June 30 next year. — Glenn Dyer

Cue the bank-bashers. Wednesday (September 30) is the end of the third quarter (which has been a right nasty bloodbath for investors with the ASX 200 down more than 8% so far), but it also marks the end of the 2014-15 financial years for three of the four most important companies on the ASX: the ANZ, NAB and Westpac. The Commonwealth Bank’s financial year ended on June 30. The NAB will be first of the three to announce its full-year results on October 28, the ANZ follows a day later and Westpac reports on Monday, November 2. The big factor for all three, and their investors, is the damage done to earnings and revenue growth from the slowing in the property booms in Sydney (a three-year low for auction clearances in Sydney last Saturday) and Melbourne from the crackdown on investor lending by regulators, and whether the banks are forced to lift their bad debt and impairment write-offs and provisioning, which are at record lows (as are interest rates).

The sharemarket has been taking a gloomy view about big bank shares since April-May, when they all hit record highs. In the the six months since then, ANZ shares are down 26.6%, CBA shares are off 23.8%, Westpac shares have dropped 23.6% and NAB shares are off 22.8% (it is being touted as a better placed “recovery” story by some brokers). CBA shares are also down 24%. Feels like a rise coming on towards the reporting dates. — Glenn Dyer

Cue the vultures. Mining and commodities giant Glencore was one of the big casualties from last week’s global sell-off in mining shares — driven by a 4.3% slide in world copper prices (and despite a big cut in its African production) and a general fear about its US$10 billion debt cut. Its shares fell to an all-time low and closed under 100 pence on Friday for the second day in a row. The shares lost more than 21% last week alone and now down 65% for the year so far.

Interestingly the fall in the share prices of rival copper (and iron ore) miners, BHP and Rio is nowhere as bad as that experienced by Glencore. BHP shares fell 4.1% last week and are down 17% for the year so far. Rio shares were down just 2% last week and are down just over 16% for the year so far. Investors are definitely worried by Glencore. Some investors say they are watching for any signs banks are cutting credit lines to the company’s huge commodity trading business. Its travails were overshadowed by the VW diesel scandal (VW shares fell 17.7% last week). — Glenn Dyer 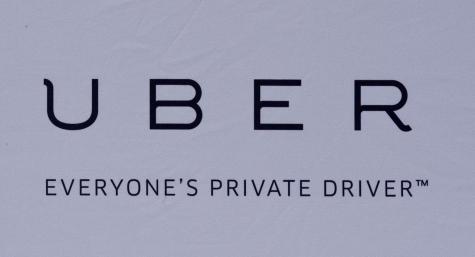