Andrew Bolt has a history of losing money for News Corp. 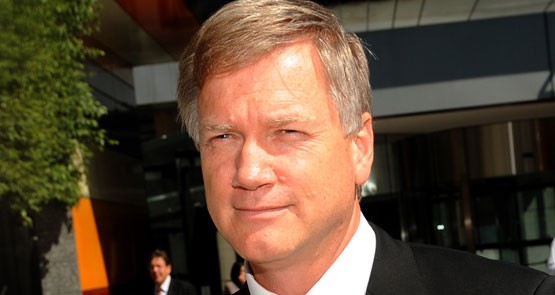 Perhaps the strangest thing about Andrew Bolt’s spray against Chris Mitchell on a Fairfax-controlled radio station was his hypocritical attack on The Australian’s status as a loss-making subsidy recipient within the broader Murdoch media empire.

“Probably, if you got an honest figure out, [Mr Mitchell is] spending $20 million a year more on his paper than it actually earns. For that kind of subsidy from the rest of the empire which he disparages, he might actually have a more popular product,” Bolt told Steve Price during one of his paid spots on 2GB this week.

Bolt might have pocketed millions spreading bile around the mainstream media for 20 years, but those paying his salary have not enjoyed such a good ride.

When Macquarie Radio decided to take on 3AW in Melbourne back in April 2010 by launching a rival radio station, Melbourne Talk Radio, it overpaid for key “talent” such as Bolt and ended up dropping $11.7 million on the failed venture in less than two years. It was a pathetically unpopular product, and John Singleton eventually gave up in March 2012, as this Bolt blog post noted at the time.

It was a similar story at Ten Network Holdings. When then CEO Lachlan Murdoch recruited Bolt in April 2011, Ten shares were still holding above $1. Alas, they are now wallowing below 20 cents and The Bolt Report is still yet to build a meaningful audience, while continuing to damage the company’s broader reputation.

There has never been any financial transparency around the News Corp-supplied program to Ten, but it is hard to see how either company could be profiting after a four-year slog, which will only get harder after Tony Abbott’s removal.

Then there is the broader News Corp arrangement with Bolt, which would only be marginally profitable, at best, when you consider all the legal expense and editorial grief it causes the company.

The Jelena Popovic defamation battle 13 years ago cost News Corp shareholders more than $1 million, and Justice Bill Gillard made this observation about Bolt in his appeal judgment:

“Mr Bolt’s conduct in the circumstances was, at worst, dishonest and misleading and, at best, grossly careless. It reflects upon him as a journalist.”

The Herald Sun should have sacked Bolt then and there but instead they spent even more money unsuccessfully seeking leave to appeal in the High Court.

The Murdoch managers were less enthusiastic about wasting shareholder funds on appeals after Bolt was found to have breached the Racial Discrimination Act in 2011, another exercise that would have cost shareholders close to $1 million in legal bills.

So why would anyone continue to employ someone with such a track record of imposing financial hardship on the sponsoring organisation?

Then-Victorian premier Jeff Kennett certainly made a smart decision when he rejected Bolt’s application to join his centralised media unit after the 1992 Victorian election.

The advice at the time was that Bolt wouldn’t necessarily work as a constructive team player for the good of the Kennett government.

Bolt’s then-boss at the Herald Sun, Piers Akerman, made a direct approach to Kennett about the rejection, but the socially moderate Kennett held firm. If only Tony Abbott had adopted the same approach of keeping a sensible distance from the man News Corp editor David Penberthy famously described in 2011 as having “a decade-long commitment to writing inflammatory copy”.

Almost 23 years after the Kennett rejection, Bolt and Akerman are still stuck at News pumping out aggressive abuse, courtesy of ongoing patronage from a shameless Rupert Murdoch.

Their joint effort attacking Syrian refugees on The Bolt Report on September 13 (starts 35 minutes into the video, if you can suffer through all those ads) was one of the nastiest pieces of free-to-air television the industry has stooped to in recent years.

It would be disappointing if Akerman were invited back, and if the Australian Competition and Consumer Commission blocks Foxtel’s proposed investment in Ten, it would be surprising if The Bolt Report made it past Christmas.

We’re yet to see how Malcolm Turnbull will play Bolt in terms of direct engagement. He was happy to catch a tram with the Herald Sun’s political editor Ellen Whinnett yesterday, but there’s no sign of any contact with the man who claimed in yesterday’s paper that he and Alan Jones “house-trained” Turnbull.

The Australian has gone quiet on Bolt since Monday’s 2GB attack, which could be either due to an order from on high from one of the Murdochs or an approach of “why bother, the firecracker is fizzling out”.

It will be interesting to see how both Media Watch and The Australian’s Media section handle the untidy out-workings of a News Corp civil war on Monday, or whether Bolt muscles up against Mitchell again on Sunday.

I’m torn between finding this interesting and wondering why other media give Bolt publicity.

But what a useful tool Bolt has come to be ie: he ‘house trains’ the political talent in readiness for his king-maker boss anointing them.

How has the nation survived to date without such a tool?

It took Mitchell long enough to wake up to him in public – up to when Abbott was self-immolating and they needed a fresh leader that could take their Limited News Party to a win in the next election; and Blot was still defending him….?

Blot’s 4 hours per week with 2GB’s Poison Dwarf, the Hobbesean Steve ‘nasty, brutish & short’ Price is the best comedy on radio – best enjoyed by podcast to avoid the padding, filler & ads.
Like Dolt’s blog commenters, the callers who ring in are often so crazy that even they cut them off – how proud they must be to have nurtured & provoked so much hateful stupidity in the electorate.

When you say you have “Shot your Bolt”.. Although you have done everything you can to complete the task, you have been unable to as you have exhausted all your resources. You haven’t been able to finish what you started.