Saudi Arabia is about to behead and crucify a youth for protests against the country's fundamentalist regime. And the US has "welcomed" its appointment to lead a human rights panel. 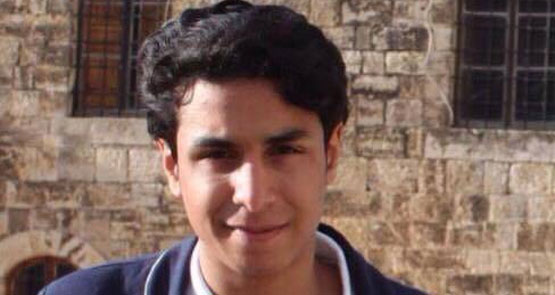 If you haven’t heard of Ali Mohammed al-Nimr, you should apprise yourself of his case. He’s a Saudi youth about to be executed by our brave ally in the War on Terror, Saudi Arabia.

As you probably know, Saudi Arabia executes people by beheading them, Islamic State-style, in public — it has beheaded over 100 people this year, including for non-violent crimes like amphetamine smuggling. But al-Nimr won’t just be beheaded: his remains will then be crucified. “Mediaeval” is an ambition for the Saudis, not the distant past.

Al-Nimr’s crime was to protest against the Saudi regime in 2012, when he was 17. He was arrested during the protests and made a “confession” — he says under torture — to attacking security forces and possessing weapons. His real crime is that he is a Shiite, and his father and uncle — also sentenced to death — have supported protests against the regime.

By coincidence, in what must be the extraordinary moment in the sordid history of the United Nations Human Rights Committee since the Gaddafi regime was appointed chair in 2003, Saudi Arabia has just been appointed head of a five-member diplomatic panel of the committee that selects human rights experts to investigate and report on individual countries and specific issues such as abuse and discrimination against women, giving it the whip hand in blocking any appointments it might regard as problematic for Saudi Arabia or other fundamentalist regimes — or its allies.

But it gets better. On Monday, as The Intercept has reported, the US State Department actually welcomed the appointment of Saudi Arabia to the panel. Blithely declaring himself unaware of the case of al-Nimr, a Foggy Bottom spokesman said about the appointment “we would welcome it. We’re close allies.”

Australia primarily sees Saudi Arabia as a business opportunity, with DFAT happy to talk about Trade Minister Andrew Robb’s trip there in April. “This will be my third visit to the Gulf in 12 months, which indicates the priority Australia places on further deepening trade and investment links with this dynamic region,” Robb said at the time. Dig a little deeper on the DFAT site, though, and the grimmer reality becomes clear. A country brief advises:

“For women … the business environment is challenging and visa formalities can pose difficulties. Single females, for example, are not able to travel freely within the country. An option to consider may be initiating business contacts in Saudi Arabia through a male member of your company.”

DFAT says it does raise concerns with the kingdom. A spokesperson told Crikey “the Australian government has raised a range of human rights issues — including our opposition to the death penalty — and cases with the Saudi government, most recently in June 2015.”

Meantime, al-Nimr awaits beheading and crucifixion once the Saudi King ratifies his sentence. 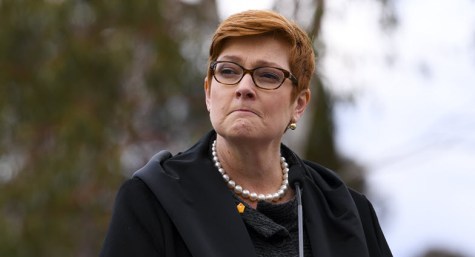 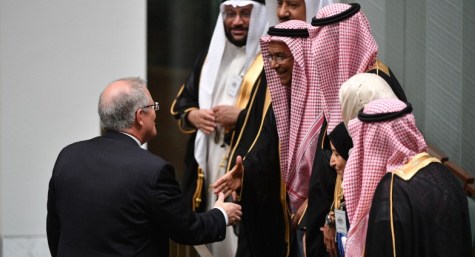 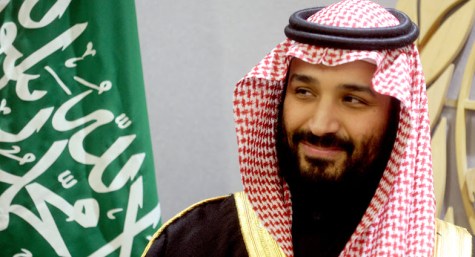 Is there any moral depravity to which the US Government will not turn a blind eye, in its quest to dominate global geopolitics?

The recent revelations that US forces have been instructed to turn a blind eye to the systemic rape of kidnapped young Afghani boys by Afghan Army commanders, is further evidence of the morally & intellectually corrupt US corporation-owned political system.

How could this be true?
If they are so bad, doing what ISIS does long before ISIS was, why wasn’t Abbott and his caravan up in arms in public about them, over their public barbarity ….?

Does DFAT’s “raising human rights issues” with the Saudi government include a protest about its illegal and barbaric assault upon Yemen? If they did I must have missed it, along with missed comments from the Foreign Minister and her Labor counterpart on the same subject. I am happy to be corrected, but I don’t expect to be.
As KH says at #1 there seems to be no limit to this government’s blind eye when it suits them. Ditto the so-called “Opposition”.

Technical question: how do you crucify someone AFTER beheading them? I always assumed that the point of crucifixion was for the victim to die a slow and painful death (I think I learnt this in R.E. classes.) But surely lopping their head off defeats the point . . . Can someone help me out here? (Because nobody should even countenance helping the Saudis!) Is a crucifixion which comes after a beheading just a form of gruesome display of the now lifeless object of judicial procedure? Is that the way the Saudis see it? Is there some sort of nuance of cruelty I’m missing here?!?

pop “Hanged, drawn and quartered” into your search engine.
It’s only a couple of hundred years since we (Anglos) were doing it.
Doesn’t for a moment excuse Saudi Arabia for their system of “justice”.

The lack of media attention on for the war in Yemen and tacit permission by the “Western” governments, wow, that’s another story.
We seem to let these things brew until they’re absolutely unstoppable.