Just 10 ways to a better political and media culture. 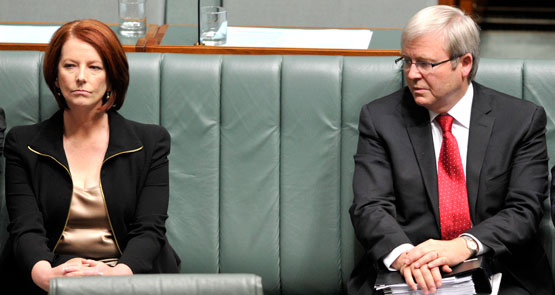 Paul Kelly is the respected elder statesmen of political commentary in Australia, so his column today critiquing the “fiasco” of the past eight years and attacking our media culture deserves consideration.

As with many journalists, Kelly’s language can be exaggerated, simplifying complex situations and overly focusing on conflicts, leaders and so-called “squeaky wheels”.

Interestingly, he doesn’t provide a single example of what, exactly, he thinks is the problem with the media, beyond bagging his colleague Niki Savva and saying the Canberra-based press gallery (which apparently is a single personality) is thin-skinned. Kelly is plainly pained by Savva’s recent claim that the system isn’t broken, and instead our problem has been three poor leaders in Kevin Rudd, Julia Gillard and Tony Abbott.

The Kelly narrative for quite a while has been that the system is broken, but it is clearly an exaggeration to now dismiss the past eight years in Canberra as one giant “fiasco”.

There’s been no recession, no violence, no widespread corruption, no externally triggered early elections and no real coups that have brought down a democratically elected government. What has actually happened is that struggling and unpopular leaders have been democratically removed, but these events should not consequentially wholly condemn the parties or the governments involved. Indeed, they say never waste a good crisis, and the signs are already good that we are headed for a positive period of governance and reform in the period ahead.

The wheels of government have continued to turn since John Howard was voted out in 2007 and there has been plenty of policy achievements along the way. Was the apology to the stolen generation a “fiasco”? The NDIS? The nimble response to the GFC? The new free trade agreements? The disruption to the business model of people smugglers? When talking to school kids, Probus clubs and the like, I often conclude by boiling down the issues to the following four important things that are needed for institutional success:

Savva is right that Kevin Rudd, Julia Gillard and Tony Abbott were not great leaders and our system allowed them to be removed before any more damage was done. However, they weren’t all “hopeless”, either. You can debate their quality — and, for mine, Abbott was the worst because he was a high-conflict and controlling personality rooted in the religious right, which is out of touch with modern Australia. Abbott’s News Corp-backed negativity also made life very difficult for an overly controlling Kevin Rudd and an overly union-controlled Julia Gillard.

The media plays a key role in points three and four as they are the chief conduit to the public about how the leaders are performing and certainly influence the polls, which, in turn, drive party room decisions on leadership selection. The quality of our political parties and leaders, the system they work within and the media all need to share some of the blame for the perceived problems in Canberra over the past eight years.

These are complex systems with no easy fix, but here are a few suggested reforms that might improve things going forward: 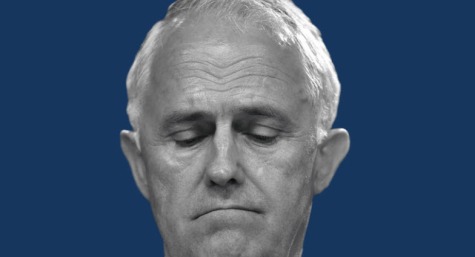 Mayne: Wilkie and Gillard should put the band back together

Stephen,
In your “Embrace the principle of “one vote, one value” to reduce the distorted and excessive power of unions within the ALP, smaller states in the Senate and Rupert Murdoch in the media” you forgot to include “and excessive power of “big business” and News Limited in the LNP” – but then again that was only to be expected

“Improve the pay of politicians ”

If we pay the politicians more they will not be easily corrupted or greedy. Has that worked anywhere?

Improve the pay of politicians to offset the Latham reforms that slashed pensions, in order to attract better talent to Canberra;

We already have some of the highest paid politicians in the world, and you want to pay them more ?

The base MP salary is $195,000/yr. This puts them at about the top 3% of income earners in the country, and that’s before starting to consider the extensive fringe benefits.

When you consider it is a job that requires no qualifications (academic, professional, or otherwise), no experience, carries almost zero personal risk, has low and flexible working hours, has few deliverables or KPIs, has very infrequent performance assessments and light consequences for failure, I’d say politicians are grossly overpaid by any rational measure.

You want to improve Australian politics ? Get some more democracy in place and allow the people to bypass political gatekeepers with citizen-initiated referendums. Or abolish political parties and force them all to be “independents”.

strive … embrace … encourage …
All well and good, but these are exhortations to change, not actual change.

Second, Maybe seems to forget there ate also State and Territory Governments, and (alarmingly for him) local government.

Alas, this nostrums fail to deliver of the promise of the headline. They are ways to talk about improving politics.

“Experts”?
[Among the professional media twitterati – this “My One Eye is Better Than Your’s Media Dick Club” – editing our view of politics?]
Does Savva still bear the Costello stigmata?
Kelly – respected by whom? He’s part of that media culture he critiques – is he as self-reflecting on what he’s done – abandoning objectivity for subjectivity?
And you forgot unicorns?