The government is committed to a $10 billion rail project that doesn't add up financially, at a time when Australia needs to improve its infrastructure assessment process. 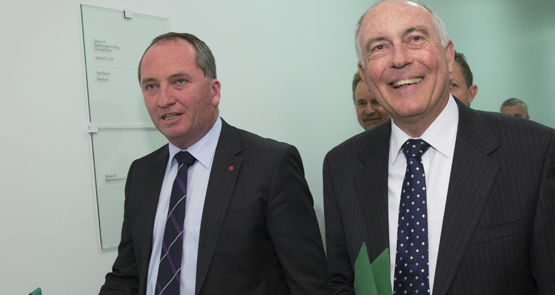 Infrastructure looms as a key challenge for the new government, given the failure of Tony Abbott’s “infrastructure prime minister” pretensions and a consensus from independent policymakers, such as the Reserve Bank and the International Monetary Fund, that a “pipeline” of rigorously assessed projects should be an important part of the government’s economic growth strategy. There have also been calls from Infrastructure Australia and the Productivity Commission for better assessment processes and greater use of infrastructure pricing.

Nationals Leader Warren Truss remains the Minister for Infrastructure, although Prime Minister Malcolm Turnbull has signalled a significant change in tack from a Coalition government by appointing young South Australian Liberal MP Jamie Briggs as Minister for Cities and the Built Environment, as well as declaring an end to the Abbott government’s obsession with roads at the expense of other transport infrastructure. Briggs is an economic hardhead who bravely supported an end to handouts to the car industry in his home state. His brief offers some potential that road pricing might make an appearance on the Commonwealth’s infrastructure agenda.

The Nationals don’t see infrastructure as a key economic input, in which investment should be targeted at where it will produce the best results, but as a key political input, to demonstrate to constituents the benefits of being in alliance with a more economically liberal party than themselves. So far though under Truss, infrastructure investment has been limited essentially to announcing projects already funded under Labor. There are competitors for infrastructure spending, however: the Abbott government announced a $5 billion Northern Australia infrastructure fund in the budget. New resources minister Josh Frydenberg, a coal spruiker, has already flagged wanting to use the fund to prop up unviable coal projects like Adani’s Carmichael by funding the rail infrastructure needed to transport coal to the coast for shipment — despite coal mines with existing infrastructure lying idle in Queensland and New South Wales.

The professed devotion to independent and rigorous assessment of infrastructure investment from both the Coalition and Labor sits poorly with one project that both sides are committed to: the inland rail project, a rail line made up of existing and new infrastructure between Melbourne and Brisbane intended to carry freight. The idea, first championed by former Bjelke-Petersen adviser and latterly seniors advocate Everald Compton in the 1990s, is backed by both Labor and the Coalition, and then-infrastructure minister Anthony Albanese announced a construction timetable in 2010 (the Coalition bagged Labor for taking too long to build it, then promptly adopted Albanese’s exact timetable on the eve of the 2013 election).

A couple of days before the ouster of Abbott, Truss announced a “delivery plan” for the project — now bizarrely described as “iconic” — that would cost $10 billion over 10 years, based on a business case developed by the Australian Rail Track Corporation, which stands to benefit significantly from designing and building the project.

The problem is, inland rail is a dog, even under the optimistic ARTC business case. Like the high-speed rail study that assumed airlines wouldn’t lower prices to compete with a Sydney-Melbourne high-speed train, ARTC assumed that there’d be no upgrading of the competing road routes, such as the Newell Highway, and thus no expansion of road freight capacity. Even based on that, the business case found a benefit:cost ratio of 2.62, based on a 4% discount rate, but just 1.02 based on a higher 7% discount rate. It found the project, during both construction and operation, would lift GDP by just $16 billion and produce an average of 700 extra jobs, plus 16,000 at the peak of construction.

And that assumes the project will be built on time and on-budget and will attract the freight volumes forecast. A 2009 European study found that transport infrastructure projects almost always overrun their budgets, have not improved in that regard in recent decades, and almost always forecast demand wrongly, in the case of rail by overestimating demand, and that too has not improved in recent decades. Even the ARTC concluded that:

“Financial analysis indicates that Inland Rail would not generate sufficient access revenues to cover the full costs of the Programme [sic], including capital, operations and maintenance costs. Excluding capital charges, however, Inland Rail would be cash flow positive from commencement of operations with access revenues sufficient to cover ongoing operations and maintenance costs…”

That is, the project only makes money if you magically wish away the cost of building it. We saw a similar conclusion about high-speed rail, which also could not generate revenue to cover its capital costs. At least the high speed rail study, done under Labor, was at a time of somewhat higher interest rates.

The problem with this thinking is that if you’re happy to wish away the $10 billion cost of building inland rail, because it’s “iconic” or because the Nationals will throw a tanty if you don’t, you have to wish the cost of capital away for other projects as well. On a level playing field, a dud like inland rail is still a dud. Many of the projects listed Infrastructure Australia’s priority list from December 2013 would fare substantially better in assessment if proponents didn’t have to worry about capital costs.

If the Turnbull government is serious about getting the best bang for its infrastructure buck, the $10 billion (minimum) inland rail would cost taxpayers would be far more effective directed to the long list of other projects, of varying price tags, that will deliver much more both in urban and regional areas. 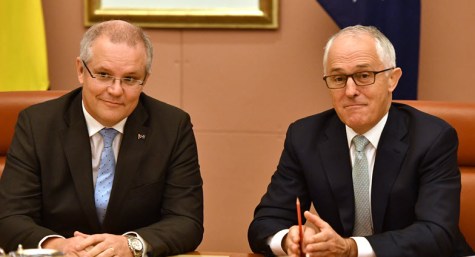 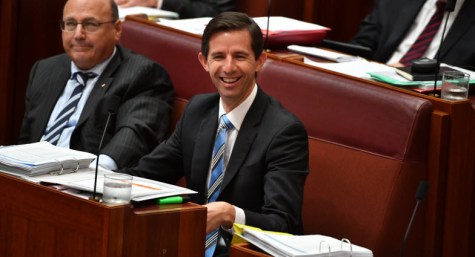 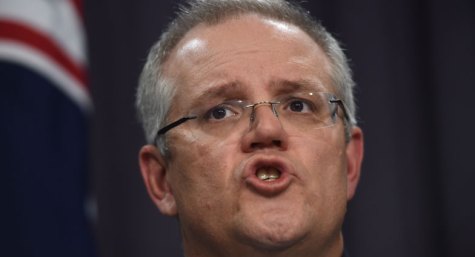 “the project only makes money if you magically wish away the cost of building it” – sounds like toll road tunnels in our major cities, which ironically had their costs written-off.

Australia would do well to support R&D and investment in the nascent electric truck industry – which could have big pay-offs.

The article misses a few significant points
1. Independent forecasts are for freight to increase by 95% by 2040. With no in land rail this means a 72% increase in road freight kms and a 154% increase in coastal rail freight on existing lines. Without changes in technology do we really want a 72% increase in truck freight movements ?
2. With inland rail road freight increases by 26% whereas existing coastal drops to zero (freeing up for more passenger movements) and the rest is picked up by the inland rail.
The consequences of doing nothing in any scenario are not good for roads, people on the roads or the environment.

Partly for the reasons raised by Andrew P above, it is time to revisit the whole issue of high speed rail, for both passengers and freight. The Chinese and the Russians are currently developing a huge network of high speed rail links on three separate routes linking China and Russia’s Far East with Europe. They are doing it at a fraction of the cost per km that has been cited as the cost of high sped rail between Brisbane and Melbourne, via Sydney and Canberra.
Why do we not ask the Chinese to provide us with a quote to build high speed rail here? It could even be financed in part by the AIIB which was set up for precisely this sort of reason.

railway lines built by chinese coolies sounds very nineteenth century..whatever Turnbull decides we can only hope its better than his NBN..

Australia spent hundreds of millions on the project to rebuild the railways in Cambodia in partnership with Toll. It has been an almost total failure except for some general getting rich from the scrap costs of old rail line steel. Now the Chinese are offering to do the job properly. I don’t understand why this scandalous waste of aid money has never been publicized.
Still most taxpayers didn’t care about giving away 55 million to resettle four refugees so what can you say.