Volkswagon's emissions rort has gone from scandal to full-blown crisis.

VW staggers. In the space of about four hours on Tuesday evening (Australian time), the VW diesel engine story went from a scandal and a rort to a full-blown crisis for the company, the German car industry, the German and eurozone economies, the car parts industry, the US car sector, and VW owners the world over. Now the very future of VW, the second-biggest car company in the world, is in doubt. The four or so hours brought a series of announcements and market moves, including news that instead of 482,000 diesel cars in the US, 11 million cars are now involved around the world; CEO Martin Winterkorn’s future could change Friday night at a company board meeting (which may be brought forward to tonight), with a German newspaper reporting last night that he will be replaced this week (denied by VW). And VW shocked investors by announcing that it had set aside 6.5 billion euros (more than $10 billion) as a first reserving of funds to cover the costs from the scandal. With a possible US$18 billion in fines in the US for the suspect cars and their rorting engine management software packages, the amount set aside is obviously not enough. Like insurance loss estimates, the first estimate in these product/recall scandals is always the lowest.

This morning Canada announced an investigation, joining German (federal and state governments), France, Italy, South Korea, the US government (the EPA and the Justice Department), the UK and various state governments. And Australia, well, our government (public service really) is still waiting for news from US authorities. We will probably find that what VW has done isn’t a problem here, so lax are our car pollution rules compared with those in the US (especially California) and the eurozone. Environment Minister Greg Hunt is notably absent from this story. Perhaps he is still stunned by retaining his job in Sunday’s cabinet reshuffle. — Glenn Dyer

Investors punish car companies. Investors around the world rounded on car companies last night, and not just VW, which took the brunt of the selling — down nearly 20% for a second day, and losing more than 25 billion euros (close to $40 billion) in value in two days. (And remember VW and other car company shares were weakening before this news broke on the back of growing fears about the health of the Chinese car industry). The shares in German peers Daimler (Mercedes) and BMW lost 7% and 6%, respectively. In France, Peugeot shares slid 8.8% and Renault lost 7.1%. In the US shares in General Motors, Ford and Fiat Chrysler also fell 2%, 2.8% and more than 6% respectively. VW’s associate, Porsche, was hammered as well for a second day — the company is controlled by VW and the Porsche-Piech families — its shares fell 17% overnight to be down more than 30% in two days. The crisis has sent shockwaves through Germany, with Chancellor Angela Merkel calling for “complete transparency” from a company long seen as a symbol of the country’s engineering excellence. Economists point out the car industry is central to the huge manufacturing heart of the German company — and also with tentacles to South Africa, China, Spain (Seat), the Czech Republic (Skoda) and the US state of Tennessee, where the big car plant that turned out many of the suspect diesel models is based. The German state of Lower Saxony is on the hook as it owns 20% of VW and needs to be seen to be a rigorous investigator rather than a protecting shareholder. — Glenn Dyer

Cover-ups are everyday events for the car industry. The scale of this crisis for VW can be compared to three recent headline-grabbing scandals in the car industry. In the US General Motors has been struggling with a dud car ignition device that resulted in a fine of US$900 million last week from the US government. But the company has spent billions of dollars in recalls of models to change the ignition switch, paying settlements for court cases and other fines and charges. This scandal was known at lower levels of GM for years before it became a fully fledged debacle for the company. The fine was levied for this concealment for nearly a decade. The company faces another US$1.3 billion fine to settle outstanding legal actions. More than 120 people are reported to have died as a result of this fault. And yet not one GM executive faces a criminal indictment.

Last year, the US Justice Department fined Toyota Motor Corp when the Japanese automaker admitted to deceiving regulators about deadly safety defects that allegedly caused unintended sudden-acceleration incidents. The US$1.2 billion federal fine it paid set a record for any automaker. The scandal emerged in 2009 when a crash in San Diego killed a family of four. Other deaths and injuries were then discovered. And then there is the scandal involving millions of airbags made by Japanese parts maker Takata and installed in 16 marques of cars, especially Toyotas and Hondas. A total of 53 million cars around the world (more than four times the number of VW models involved) are involved in this scandal, including more than 600,000 in Australia. The airbags were made badly, contained faults when installed and injured people when inflated in accidents. Seven or eight deaths have been also associated with the inflating bags. Ford, GM, BMW Subaru, Nissan and Chrysler cars were then found to have used Takata airbags in some models. And it’s been reported that Takata first realised there were problems in 2004, and yet the story didn’t emerge until 2013. — Glenn Dyer 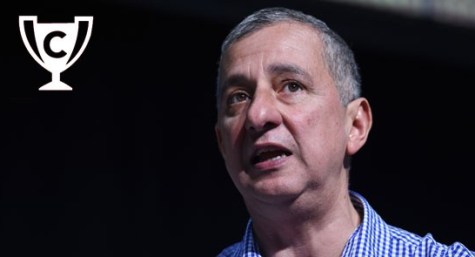 The 2015 Crikeys: the best and worst of business

Glenn, you are right. The fact that (a) Australia has such lax standards that VW probably hasn’t offended against our emission laws; and (b) that our environment Minister is missing in action, is a scandal.

When ADR27a came in here in 1976, it was quickly realised that a mechanic could disconnect some of it and make the car perform better, putting it back for routine checks etc. VW have done similar with their diesels and used software to fool checks and make the car perform better for the owner. All illegal of course and you would think that VW would have realised that they would have been found out eventually, makes you wonder what other brands are doing the same trickery.

It’s official Capitalism is also as defective as Communism. Even the Germans can’t do it!

Good one, Nathan.
Time for an anti-capitalist revolution NOW!!!!!

I’ll continue to sit on my couch CML but soon my friend, soon!