All your ISIS are belong to us: we’re fighting terrorism with bad Google translations 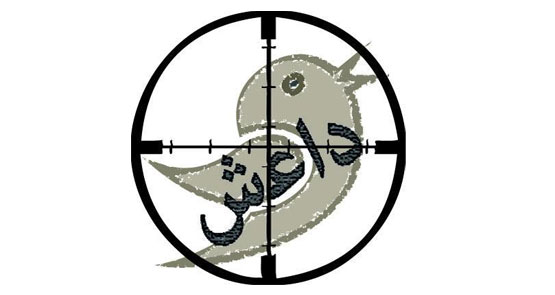 Islamic State is awful. Their campaign to win territory in the Middle East is destroying lives, ruining priceless antiquities and making the world worse for a long time to come.

It makes sense to use any and all means to push back. Especially low-cost, non-violent means.

We learned this week the Australian government is using Twitter to fight IS (also called ISIS or Daesh), and that makes sense. IS has an extremely adept social media strategy. We should counter them on their own turf.

If a government Twitter account can even prevent one young person from taking up arms, it will have been money well spent. So the @fight_DAESH account could be a good thing.

The account, run by the Australian Defence Force, tweets in English and in Arabic. Or so it seems to the average English speaker.

But here’s the thing. It turns out the “Arabic” tweets are barely Arabic at all. They’re just a jumble of Arabic vocabulary — the words, and frequently the phrases, are correct but, taken as a sentence, make little grammatical sense, as numerous Arabic speakers have confirmed.

Curiously, running Google Translate on the sentences brings them up in perfect English, raising questions about whether this was the method by which they were translated into Arabic in the first place.

According to an academic specialising in Arabic at Australian National University: “The tweets don’t make sense.”

“The word order and the structure is wrong,” said ANU’s Maryam Al-Khatar. “Such an account in Arabic needs a bilingual speaker from an Arab background.”

The headquarters of the ADF in Canberra is a short walk away from the ANU’s centre for Arabic and Islamic studies where Al-Khatar is employed.

Why can’t the ADF find a decent Arabic speaker?

Arabic is the official language of 27 different countries and has over 290 million native speakers — almost as many as English. Our adventures in the Middle East are not a surprise phenomenon. We have been fighting there on and off, against a slew of different groups, since the First Gulf War over two decades ago.

The ADF spent over $530 million on “intelligence” this financial year, which is meant to fund languages. (That does not include other intelligence agencies: ASIS spent $330 million and ASIO another $510 million.)

The funding may seem generous, but in the fumbling fists of our national security apparatus it is apparently insufficient.

So is this approach inspired by Lewis Carroll’s “jabberwocky” nonsense poem? Is it some kind of clever psy-ops to confuse and dismay the enemy?

Defence confirmed not: it was a screw-up.

“At times the transfer of Arabic content across IT programs resulted in incorrect grammar sequencing within some Arabic tweets,” a spokeperson said.

Defence insists the tweets were written by “qualified” Arabic experts, but concedes somewhere in the tangled apparatus of Defence they were copy-pasted into unintelligibility. And the people managing the account did not see fit to check them again, delete the tweets, or fix them.

“Arabic language tweets were suspended. Defence is currently examining alternative IT solutions as part of the @Fight_DAESH program,” the spokesperson said.

For now, we’re limited to dissuading that share of IS fighters who read English.

It all could be very funny, if the work done by Defence were not so horribly serious.

Australian planes are bombing Syria now. People on the ground are being incinerated in fires fuelled by our tax dollars. We’ll probably never know who or how they were chosen for immolation. We have to trust the Department of Defence.

When 99% of what the government does about IS is classified, we are forced to judge Defence on the visible tip of the iceberg.

This small but significant failure in the fight against IS raises questions about the culture of Defence. Does a culture of secrecy mean standards can slip to the floor without the slightest repercussion?

We can only hope the new Minister for Defence, Marise Payne, is able to lift standards.

Actual soldier refutes Devine in the value of women in combat

Well, it is even worse – not only are there some 300 million Arabic native speakers worldwide, but it is both an official and working language of the UN General Assembly since 1973.

Where has Defence been these past 42 years? That’s long enough to breed two generations of Arabic speakers specifically for the purpose!

I have built a English, Farsi and Arabic language web site, and I had a difficult time of it (not speaking or reading that latter two languages). Using standard copy-past functions from Left-to-Right text documents to the Right-to-Left text web pages caused the word order in the text to become scrambled. So whist I sympathise with Defence a little bit, surely they can afford to hire a IT specialist in multi-language environments as well as a Arabic speaker.

Not just defence that needs to lift its game in reporting on ISIL. That includes Crikey. Rather than devoting precious space to trivial stories such as misadventures in Arabic why doesn’t Crikey address the real issues about the Syrian war? Stop pretending that Abbott’s death cult arose spontaneously. It is first and foremost a creature of the Americans and their misguided and tragic policies in the Middle East. If you do not have any in house journalists who understand the area and what is actually happening, then may I respectfully suggest you commission people who do. Enough of the sideshows.

Duhh… “Does a culture of secrecy mean standards can slip to the floor without the slightest repercussion” – rhetorical question surely?
That is the almost the entire function – protecting the incompetents who claim to be doing magic things protecting us with woofle dust and are so danged good at it that they constantly need more & more secrecy and powers coz they are doing such a great job…

Really? Does anyone here make changes in their life of that extent based on what they read on Facebook and Twitter? I’d suggest the government not continue to waste our money on this ineptly thought out project.