The NSW Greens are very unhappy with the federal branch's decision to take the education portfolio off Lee Rhiannon. 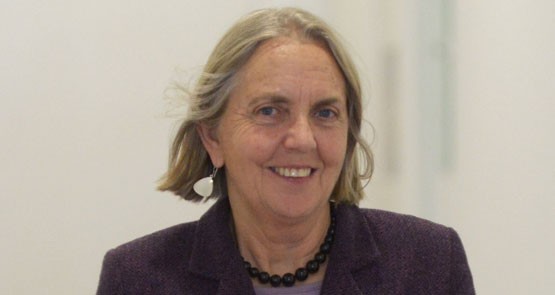 A split in the Greens over a decision to strip the education portfolio from New South Wales Senator Lee Rhiannon is deepening, with the NSW branch threatening to withdraw its crucial election funding from the federal election campaign.

Last week, South Australian Senator Rob Simms was given responsibility for tertiary, technical, and further education, which had been Rhiannon’s portfolio. The result of the decision on the new portfolio was not announced, but a party room briefing was held with journalists on the day Malcolm Turnbull was sworn in as prime minister, and portfolios were updated on the Greens’ website. Rhiannon later put out a statement thanking her supporters in education unions.

The move angered the New South Wales branch of the Greens, with Rhiannon’s backers writing to Di Natale to express disappointment at the decision, and calling for her to be given the portfolio back in the run-up to the next election.

It is understood that the NSW election campaign committee, which is the state that contributes the most to the federal fund, has suggested it might withdraw the full amount of funding unless Rhiannon is reinstated in the portfolio. There is concern that without a high-profile portfolio for the Greens to campaign on in New South Wales, the Greens might struggle to retain Rhiannon’s Senate seat.

Di Natale’s office should be well aware of the possibility, as his chief of staff, Cate Faehrmann, is from the New South Wales branch, and was unsuccessful in her Senate election campaign in 2013. Faehrmann knows the score in NSW. She took the job in Di Natale’s office in May this year.

Di Natale’s office, however, has argued that it is important for Simms, a former Adelaide councillor, to build his profile in the run-up to the next election, as he took over from Penny Wright near the end of her six-year Senate term. Simms is also a member of the National Tertiary Education Union (NTEU), a former state education officer for the National Union of Students, a former student president at Flinders University, and he has worked at the university as a casual academic.

“He’ll make an incredibly competent and energetic advocate in his portfolio areas, and of course, all our federal Greens MPs will continue to campaign across portfolio areas in their respective electorates,” a spokesperson for Di Natale’s office told Crikey.

The spokesperson says portfolio shake-ups are the norm for the party.

“The redistribution is ultimately a decision of the party room, and this time it’s seen a number of MPs hand over portfolios they’ve done excellent work on, in order that others may take up portfolios that best reflect their strengths. Aside from [Rhiannon and Simms], Peter Whish-Wilson handed over Competition and Small Business to enable Nick McKim to start working in that space, Janet Rice handed LGBTI to Robb Simms, after picking it up from Sarah Hanson-Young last time. Janet has taken on the Mental Health portfolio and the new portfolio of Gender Identity. Now each MP has at least three portfolio areas to look after,” the spokesperson said.

It is understood the matter of election funding was discussed at a meeting of the Greens’ national council over the weekend, but it was not resolved. The next meeting will be held in a month, and Di Natale’s office is declining to comment until the matter is resolved.

“I think it’s inappropriate for the leader’s office to comment at this stage while the national council processes are still underway,” the spokesperson said.

It comes as there is an expected overhaul in education policy under Turnbull and his new Education Minister Simon Birmingham, also from South Australia.

Interesting. Thanks for the article!

Agree – and let us know when the navel is cleaned out.

Surely Lee Rhiannon has now reached the point where she gains more from her position than her party gains from her.

Can I say that without being accused of ageism?

Probably not, but I suspect, and hope, that the Greens have moved on from the impotent activist stage to the actual political party with pretensions to power stage.

hmm I shall be watching closely