Australia’s role in Barati’s death must come out

Australians were involved in the murder of Reza Barati at Manus Island detention centre, according to locals on the island, who claim that two Papua New Guinean men have been made scapegoats for the expats. One of the men charged with the murder, whose trial begins this week, has told The Guardian’s Ben Doherty: “They […]

Australians were involved in the murder of Reza Barati at Manus Island detention centre, according to locals on the island, who claim that two Papua New Guinean men have been made scapegoats for the expats.

One of the men charged with the murder, whose trial begins this week, has told The Guardian’s Ben Doherty: “They want to convict us so that nobody else, no Australians or New Zealanders who are responsible, have to face justice. We have to take the blame for them because we are PNG.” Several locals on the island who were not implicated in the violence have backed up their statements.

We already know from the Australian government report into the unrest at the detention centre 18 months ago that more than two people were involved in the attack that caused Barati’s death. According to one witness: “… more than 10 officer[s] passed him and all of them, they kicked him in his head. I can recognise all of them, it was including PNG locals, PNG guards and Australian expats.”

Doherty’s report adds weight to these statements and raises several disturbing questions. Why haven’t all parties involved in the attack been charged? Has pressure been applied to the PNG government to exonerate foreign staff? Does the Australian government want two local men convicted of Barati’s murder so they can wash their hands of the incident and so the Manus Island centre — a central plank of their hardline immigration policy — can remain open?

Successive Australian governments have used offshore detention as a means to avoid responsibility for the welfare of the detainees we lock up. By outsourcing the running of detention centres to private companies and locating them in (poorer) foreign jurisdictions, the government has made it virtually impossible to hold the people who run them to account — including, it now looks likely, for murder.

It’s time the Coalition government shone some light on the dark recesses of our increasingly violent and abusive offshore detention scheme. Prime Minister Malcolm Turnbull should start by allowing Australians to learn the truth about who really killed Reza Barati. 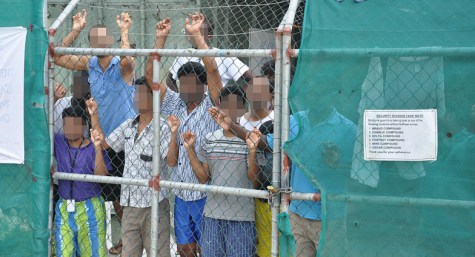 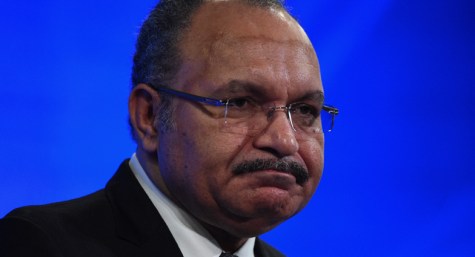 A real Royal Commission into the whole stinking mess is required.. the stopping the boats fiasco and the figleaf of reducing deaths at sea with a secret policy of outright cruelty which included letting a man rot to death..the only policy the two main parties could agree on..disgusting..and the “man” in charge at the time of Barati’s and Kehazaei’s deaths has just been promoted to treasurer..

Over to you “Malcolm New-Broom”?

I don’t want Dunnuttin to cope the blame for this – it is Morriscum’s to wear.