George Brandis did not make many friends in the sector during his time as arts minister, with most in the industry hoping Mitch Fifield will be more sympathetic to their needs.

As soon as Turnbull made the announcement in the prime ministerial courtyard, artists and arts leaders rushed to their phones and keyboards to cheer on Brandis’ change of portfolio.

Firebrand Melbourne writer Sam Twyford-Moore took to Twitter to claim the reshuffle as a victory for authors, after his campaign in recent weeks to remove Brandis gathered over 300 signatures, including rock star Nick Cave and Nobel Prize winner J.M. Coetzee. “Literature this is your win,” he tweeted, among other less polite things.

In truth, the reshuffle can be claimed as a victory by many in the sector, particularly the campaigners fighting against the arts cuts under the Free the Arts banner. Such was Brandis’ unpopularity, there were few artists prepared to speak openly in his support.

“This is clearly a victory for the arts sector and the Free the Arts campaign,” Free the Arts spokesperson Sarah Moynihan told Crikey in an email.

The National Association for the Visual Arts’ Tamara Winikoff “enthusiastically welcomed” the change of minister. “Malcolm Turnbull has demonstrated that he has heard our call for him to intervene and clean up the arts mess,” she wrote in a statement.

“We hope the new minister will work to genuinely build the strength of Australian culture by being an effective advocate, undertaking appropriate research and consulting with informed representatives in the arts sector to develop and implement an evidence-based arts policy,” Winikoff added. “We will be looking to him to secure the required levels of funding to realise the vision in such a policy.”

Arts lobbyists cautioned that the campaign to remove Brandis was merely the first step in the larger fight to stop the National Program for Excellence in the Arts and to restore the Australia Council’s lost funding.

“There is still a lot of work to do,” Free the Arts’ Moynihan said this morning. “The change of minister provides the government with the opportunity to fix the mess created by his predecessor before more damage is done, and we look forward to working closely with the new minister.”

Brandis has been unpopular in the sector since the 2014 budget, which cut more than $110 million from cultural funding. A decision to award back-channels funding to Melbourne classical music label Melba Recordings also raised eyebrows — the funding was not formally announced, merely gazetted on an obscure Attorney-General’s Department website. Brandis’ criticism of artists boycotting the Sydney Biennale over the involvement of sponsor Transfield also left a sour taste in many mouths.

But the hatred for Brandis crystallised in May this year, after he slashed $104.7 million from the Australia Council to carve out his new National Program for Excellence in the Arts.

Brandis didn’t tell many in the sector about his plans, ringing Australia Council chair Rupert Myer just hours before Joe Hockey delivered the budget. He later admitted in Senate Estimates that he had consulted no-one before making the decision. The Excellence Program appeared tailor-made as a vehicle for distributing funds to Brandis’ own personal favourites, such as the Australian World Orchestra.

Artists and arts administrators questioned the rationale and the evidence base for the Excellence fund, but what they really hated was the crippling austerity it imposed on the Australia Council. The cuts amounted to more than a quarter of the Australia Council’s discretionary funding, and they will hit small-to-medium arts organisations particularly hard.

By directing the funding cuts to the Australia Council’s programs supporting smaller arts companies and individual project grants, Brandis attacked the most vibrant but precarious part of the arts industry. A firestorm of industry protest sprang up, and the Senate voted to hold an inquiry into the changes.

All the arts leaders who spoke to Crikey this morning called on incoming Arts Minister Mitch Fifield to abandon the hugely controversial National Program for Excellence in the Arts and restore arts funding to 2013 levels. “The first priority will be to restore the funding stripped from the Australia Council over the last two federal budgets,” Moynihan told Crikey. “Senator Fifield needs to put an immediate halt to the National Program for Excellence in the Arts and the Book Council and go back and consult with sector leaders.”

Fifield comes to the portfolio with little background in the arts. But his other cabinet job as Communications Minister is a much better fit for the Arts portfolio, putting him in charge of adjoining policy responsibilities like broadcasting, community radio and the National Broadband Network.

Fifield can win hearts and minds in the cultural sector with the stroke of his pen. All he has to do is cancel the Excellence Program and give the money back to the Australia Council. As the Excellence slush fund has not yet been spent, it won’t cost the budget a cent.

Key architect of the Excellence Program to advise Turnbull on arts 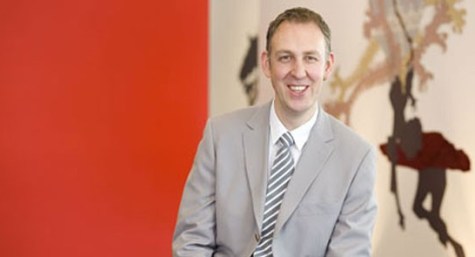 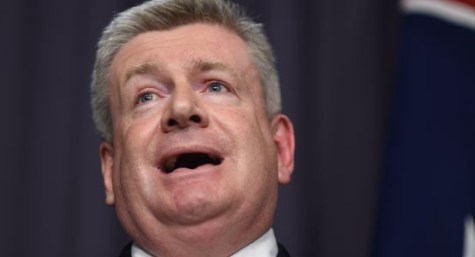 ‘A bloodbath’: excellence is out, innovation is in, arts are still screwed

Brandis has been brought to account for an unmeritorious policy and the process that was reached to put it in place. It’s important for Australians to assess Ministers objectively. That means looking closely at the track record; and the public being interested in the detail and concentrating. Brandis could not have acted without public servants designing and implementing the Excellence program; all government policy is done that way. So if we want better performing Ministers, the same needs to apply to the public service.

Ben, no one I know has ever doubted the power of the Arts Mafia and its (non-intellectual)’elites’ in the Chattering Classes to damage those who try to point out The Empresses have No Clothes.