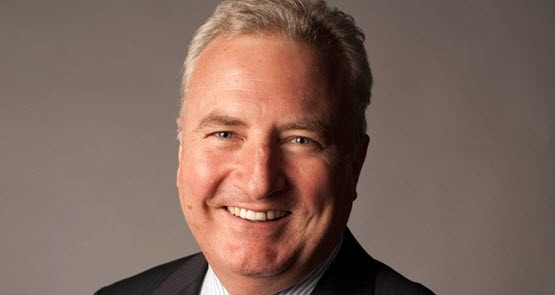 One of Australia’s most experienced editors and publishers has joined the academic staff of the University of Technology Sydney journalism school, leaving his role at The Australian to do so.

Peter Fray, currently the deputy editor of The Australian, is a former editor-in-chief and publisher of The Sydney Morning Herald who left Fairfax, along with hundreds of his staff, during the first major round at Fairfax’s metros in 2012. He went on to found PolitiFact Australia, which closed at the end of 2013, and was snapped up by the Oz as deputy editor in March 2014.

Given his background, many commented at the time on his relatively low-level position at the Oz. Speaking to Crikey today, Fray said The Australian wasn’t the kind of paper where one could, or should, walk in at the top.

“What [Oz editor-in-chief] Chris Mitchell said to me was I’d learn more about the paper doing [the deputy editor] job than coming in as editor. He was dead right.

“Going to the Oz as a deputy editor was a perfect entre to the paper … Every media organisation has its own culture, and the Oz is no exception to that. I don’t think it’s the kind of place where you can walk in and go, ‘Hey, look at me, give me the best job you’ve got going’.”

At the Oz, Fray often sat on the “backbench” — a newspaper term for the coterie of experienced editors and subeditors who wield the power over a paper’s copy. “Sitting on the backbench at night — putting through copy, writing headlines — was hands-on stuff. It has been really fantastic to sharpen up those skills again. Being the editor-in-chief and publisher at The Sydney Morning Herald is a different world. It was good to get back on those skills.”

Fray, who started in journalism as a 16-year-old copy-boy when hot metal presses were still used to print papers, isn’t leaving immediately — he says he’ll likely stay a few more weeks and leave whenever it suits the Oz for him to do so. “I wish the Oz well — I leave with good feelings towards it. It has a very important role in the media landscape,” he said, adding that he would have liked to stay “a bit longer”.

“But this came up. I had a long think about it. I figured it was a good fit for me, and for UTS and, more broadly, for the industry. I really think the academy — places like UTS and others — have a big role to play in redefining how journalism works, how we prepare students, how we research the big issues in front of us. That’s what tipped me over the edge.”

Fray’s joining UTS is curious, given The Australian has a long history of scepticism towards the academic education of journalists. During the Finklestein Inquiry, many journalism academics played a part in the inquiry, or gave supportive evidence, which fed into suggestions for greater regulation of the sector, earning them the ire of the paper. Later, the Oz also questioned how many journalism students were being turned out by universities, given a lack of jobs in the sector. Last year, Oz media editor Sharri Markson went undercover at UTS and the University of Sydney. The piece she wrote, “Uni degrees in indoctrination“, featured strong criticisms of the focus and content of journalism lectures.

Will the Oz now send journalists undercover to Fray’s lectures? Asked about how his appointment squared with The Australian’s noted criticism of the university’s journalism program and its academics, Fray said journalists had a role in being sceptical. “I have no problem with the Oz or any media organisation being sceptical of what goes on in universities. They attract considerable public funding,” he said.

For media insiders, speculation as to who will eventually replace Mitchell, who has spent more than a decade in the role, is something of a party game (and has been for a long time — Mitchell has given no indication of going anywhere). Having recently come from Fairfax, Fray wasn’t perhaps seen as the leading contender, but he was well-liked around the newsroom. His departure leaves one fewer internal name in the running.

For his part, Fray says his move into academia doesn’t mean he’ll never want to be an editor again. “I made this very clear when I was talking to UTS,” he said. “I really see it as an embrace of the future of journalism. I’m not running away to smoke a pipe and [reminisce]. I’m not going to be that sort of academic. I’m there to learn things and impart what knowledge I have to other people.

“If I’m no good at it … I’ll get a job somewhere on the backbench.”

And what of the Oz’s succession? Fray was, as ever, diplomatic. “I think being editor-in-chief of the Oz is a fantastic job, and whoever gets it next, I wish them all the very best. I think the Oz does a lot of very good and serious journalism.”

Posetti receives letter of demand from Chris Mitchell, and a special invitation

Where are they now: Tracking the exodus from Fairfax, News Ltd

Does the Australian have any journalists?

Myriam – how could you not have asked Fray, re his bland ‘..some have anti-left bias..’ the Blot question, “name one, just ONE!” who does not?

Ah, the move from news writing to academia. Here’s a tip, Mr. Fray – hone your research and referencing skills and try to start a research project right away. It’s a different sort of competition. And you’ll be on the other side of all that government and press shouting that universities are full of lazy workers. Headline writing skills will not be enough.