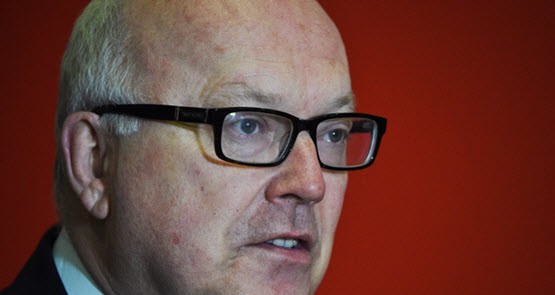 It’s taken a Senate inquiry and many months of asking from journalists and industry figures, but the Australia Council has finally released some crucial data about the output of arts organisations it funds.

The data, published on Wednesday, demolish once and for all some of the key arguments put forward by Arts Minister George Brandis for his National Program for Excellence in the Arts. On one reading, the data also suggest that Brandis might have provided incorrect information to a Senate estimates hearing.

The official figures show that the 28 major performing arts companies funded by the Australia Council are comprehensively outperformed by the 145 small-to-medium organisations, as well as the many thousands of small projects supported by Australia Council funding in any given year.

In other words, major companies get a whopping nine times the subsidy that the small-to-medium companies do. 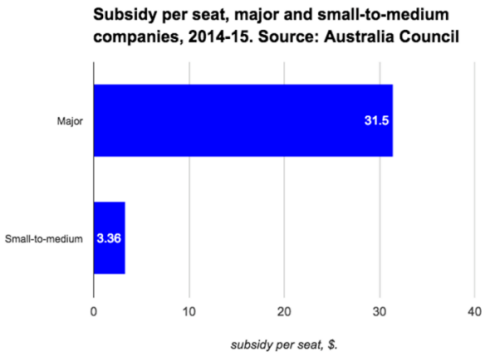 The data will concern the leaders of Australia’s large performing arts organisations. For instance, Opera Australia receives more funding than the entire 145 key organisations combined. But judged in terms of bums on seats, Australia’s major performing arts sector appears to be heavily subsidised and inefficient in comparison to its smaller cousins. These companies deliver far smaller audiences for any given dollar of arts funding than their smaller cousins.

The new data also show the huge contribution made by the Australia Council’s project grants. These small, one-off subsidies support a huge range and diversity of cultural activity. Compared against support for the big companies, project grants are far more productive.

For instance, one big surprise of the new data is the amount of international touring catalysed by project grants. One-off projects delivered international audiences of 3.46 million this year, compared to a measly 131,000 for the major companies.

And yet it is the small-to-medium companies and project grants that will be most affected by the $104.7 million in funding cuts announced by Brandis in the May budget. In contrast, major companies are explicitly protected from funding cuts, and in fact will get more money next year.

A confidential briefing for smaller companies from the Australia Council this week revealed that, of the 145 currently funded key organisations, perhaps “50 to 90” could lose their multi-year funding. This would amount to a devastating austerity drive on Australia’s smaller arts companies, despite the fact that they are nine times more productive than the protected dinosaurs in the major performing arts sector.

The arts sector has been asking the Australia Council for consolidated figures comparing the various categories of organisational funding for some time. It has not been available. Now it is, and the figures are explosive.

The data suggest that Brandis might have provided incorrect information to a Senate estimates hearing on May 27. In that hearing, Brandis said:

That statement has now been shown, by official Australia Council data, to have been untrue. The major companies do not undertake most of the touring, either of regional or international audiences. Nor do they provide the performances to the largest audiences.

The Senate inquiry continues today in Adelaide, amid widespread unrest in Australian culture about the performance of Brandis as Arts Minister.

Brandis is scheduled to chair a meeting of the Cultural Ministers Council — the Commonwealth-state talking shop that brings state and federal arts ministers together — in Mildura on October 3.

But will Brandis still be the Arts Minister next week? Crikey has heard at least one rumour that the Cultural Ministers Council meeting will be postponed. So far, however, the official line is that it is going ahead.

Great article Ben – what a dolt Brandis is. I also love reading an author who knows that the word ‘data’ is plural.

Starving in a garret – the source of all good art.