Rundle: the Baiting of the Trump, and no one wins one for the Gipper

Everyone tries to out-wacko Trump, which is impossible, in the second Republican "debate". 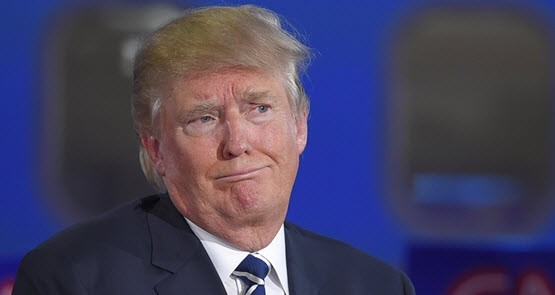 Your correspondent is writing this as the second Republican debate rolls on in California at the Ronald Reagan Library. It may still be rolling on as you read this because the bloody thing feels like it’s going forever. On a specially built platform in the cavernous space with Air Force One hanging behind them, the 11 candidates are popping up and down like whack-a-mole trying desperately to get a word in edgewise. Or 10 of them are. For the guy in the middle — one Donald Trump, currently sitting at 30% — the debate comes to him. Again and again it strolls up to him. The thing is hosted by CNN, not Fox, and the candidates may have realised at some point that they were in a ratings-getter, not a debate.

The thing is a farce, of course. Eleven candidates in a “debate” is like 11 people in a tennis match — there’s a category error in thinking you can simply expand the rules indefinitely for more players. It began in an orderly enough fashion, i.e. like a bad speech night, or reality show, with each of the 11 having to say “a little bit about themselves”, which became an opportunity to try out different things.

Rand Paul: “I get up every day to defend the constitution.”

Chris Christie: “Turn the camera round and show the audience ’cause that’s what this is all about.” (They did.)

John Kasich: “I flew on this plane with President Reagan.”

There then began, as always with the Baiting of the Trump, a feature now as traditional as the singing of the National Anthem in an overwrought fashion. The moderator — this is CNN, remember, the thing is being done in enemy territory — threw it into play with a line from the pathetic under-card debate between the four players running at 1% support. Bobby Jindal has made him the anti-Trump. They played it off Carly Fiorina, a new entrant to the main stage: “Ms Fiorina, Bobby Jindal said he wouldn’t be happy for Trump to have his fingers on the nuclear codes. Do you agree with that?” Fiorina: “Well the campaign is a test of character and people can judge Trump, and no, I don’t trust him.” Which is a great way to start off an intra-party debate — saying the frontrunner can’t be trusted not to blow up the world.

The Baiting of the Trump continued for quite a while. It’s still going on 90 minutes in. Trump is a feisty player, and as he was attacked he took a time for a few drive-bys: “By the way, Scott Walker, you’ve done a terrible job in Wisconsin”; “Governor Pataki was a failed NY governor”‘; “Jeb — who by the way believes in common core, which is terrible — said on immigration …”. The best exchange was Trump baiting the hapless Jeb, who went after him as a big spender:

“Donald Trump tried to buy gambling in Florida and we said no.”

Trump: “You’ve got more energy tonight. I like that.”

That was a killer line and nothing Jeb said after that could do anything. I think history will show he was done from that moment.

After that: there was Huckabee on the Jesus-freak who wouldn’t do her job and how the Supreme Court was un-American; Kasich tried to get some sanity on the Iran deal: “I wouldn’t just throw out the deal”, which got silence. There was a huge go-round on illegal immigration with a variety of ridiculous non-solutions, from permanent guest workers (Ben Carson) to deporting 11 million people “on day one!” (Trump). Then and as we leave it, it got into a huge spat between Trump and Fiorina over who was the worst capitalist: “You laid thousands of people off”, “You went bankrupt four times” — this was, inter alia, a double-barrelled condemnation of capitalism.

Aside from that: rebuilding the sixth fleet, tithing as tax principle, defunding all abortions, get rid of the whole tax code. The voice of sanity: “We’ve had a graduated [progressive] tax system for a long time. It”s not socialistic.” Who? Donald Trump.

And on we go into the night, in search of an imaginary simplicity to restore the virtue of the Republic, and get the Gipper flying again …

t’s so far a no lose branding exercise for Trump.. very Palmerish undertones…the exaggerated wealth and brainpower.. if its feasible the Donald might be a bigger tosser than Clive.. and a bigger wrecker..

Does the Donald actually want to be President… or does he merely want to win?

And the Republicans with think, that out of this collection of nit wits, they will have a credible Presidential candidate??

Come now Susie, it would be hilarious for the Donald to take the presidency. If for nothing else than that he may well be one of the most progressive Republican candidates in recent memory.