Journos as fortune-tellers: who predicted the spill?

Many political journalists knew the day would come eventually. But some were closer than others in their predictions. 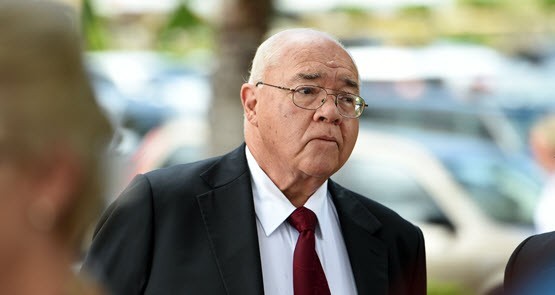 There’s a certain futility to trying to gauge the predictive powers of journalists. They don’t, after all, operate in a vacuum. A well-connected, highly respected journalist is more likely to know when something like a leadership spill is coming, but that journalist’s pronouncement is just as likely to set the events it describes in motion. Self-fulfilling prophecies are inevitable when politics and the media become so closely linked, as they are in Australia.

‘Before the end of the year’

As Monday’s papers were put to bed on Sunday night, by far the most common timeline provided for a spill was exceedingly vague: before the end of the year. Pressure had been building, but most of the gallery, despite being accused of egging these things on, were displaying some measure of caution.

“It looks increasingly likely the Prime Minister will face a leadership spill before the year is out,” wrote Chris Uhlmann for the ABC, quoting an unnamed minister who said the situation was highly fluid.

“Unless Abbott takes evasive action by calling an early election, whatever the details of the Canning outcome, it is most unlikely that he will make it to the end of the year unchallenged,” wrote Fairfax’s Peter Hartcher (while noting that some Turnbull backers were pushing for a spill this week).

On Sunday night, Nine’s Laurie Oakes said the “odds were against a move before the by-election” this Saturday.

For The Conversation, Michelle Grattan wrote that “Turnbull backers now predict the leadership will come to a crunch this year”, though she did say some wanted a challenge to come this week.

Also on Sunday night, The Guardian‘s Lenore Taylor and Gabrielle Chan wrote of growing expectations that “the prime minister will face another challenge within months”.

David Crowe said the (former) PM was being urged to hold firm as MPs prepared for a spill “within weeks”.  Crowe wrote that “Liberals” believed a challenge was “unlikely this week”.

Tim Lester on Seven News hinted at a move within the next five sitting weeks, saying a move before the Canning byelection would be “messy”.

Sky News’ David Speers also hinted at an enforced calm at least under the Canning byelection. “Whatever the outcome, there’s a growing expectation ‘something’ will happen after the byelection and before the end of the year.”

‘Before the end of the week’

Others figured the three-week break after the Canning byelection meant the challengers would be unwilling to wait a month.

“[A]fter the coming weekend and rebels will consider acting decisively or lose momentum and opportunity,” wrote Malcolm Farr for news.com.au.

The AFR‘s Phil Coorey was in the same camp: “Some are not discounting a move this week even before Canning.”

Paul Bongiorno was also one of those suggesting a move earlier rather than later. “Waiting for Canning is not an option because it would leave Abbott in place until October,” he wrote in The Saturday Paper.

The Australian‘s Dennis Shanahan wrote that there was no alternative candidate with sufficient numbers to challenge Abbott (a situation that changed once deputy Julie Bishop threw in her lot with Turnbull on Monday), but he also saw some sort of crisis for Abbott coming to a head in the lead-up to this weekend’s Canning byelection.

Also hinting at an early move was Fairfax’s Mark Kenny, who wrote that “one high-risk scenario [could] bring things to a head could arise this week”. This was immediately followed by “sources” in the “pro-Abbott and anti-Abbott camps” saying a spill this week was “unlikely”, though one before the end of the year was “virtually inevitable” (but because he put the “this week” prediction first, we’re sticking him in this section.)

Finally, News Corp’s Sam Maiden wrote on Sunday, “some ministers have even refused to rule out a revolt this week”.

Crikey couldn’t find anyone who was game to say the spill would happen on Monday, or very early in the week, before it was mere minutes to Turnbull’s announcement. Did we miss anyone? Let us know.

By turns incompetent and dangerous, Abbott’s time as PM is up

Crikey, haven’t your subscribers indicated sufficiently strongly that we do not enjoy stories about the media reporting on the media? Please desist.

While not a ‘journo’, Bob Ellis did say the following on his blog at 8:38 a.m., Monday morning:

“It will go fairly swiftly now. Abbott may be overthrown this morning, or tonight, or Thursday morning. His colleagues do not trust him not to pull an election, and they may not wait till the Canning numbers come in.”

Whatever they thought ..they are largely working within the parameters set by their bosses. The Murdoch boys have been on a leash for months trying to shore up a fading star.

I wonder whether the Sun King like 2GB will persist in flogging a dead horse or leave off. I guess the rich and powerful find it extremely annoying when they don’t get everything they want.

The gallery is going to miss Abbott.. he was the gift that just kept on giving..

When did “news” become, largely, media “personality’s” speculation and opinion?