Malcolm Turnbull spent the morning getting on with business, but Tony Abbott was nowhere to be seen. 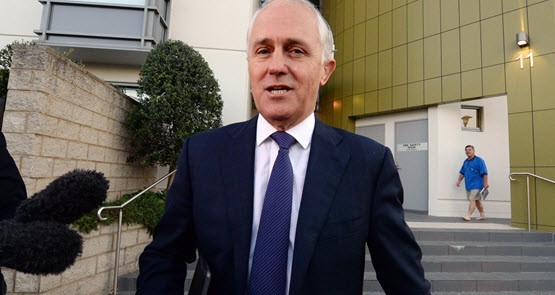 Malcolm Bligh Turnbull’s first morning as the leader of the Liberal Party, but not yet prime minister, was all business.

After defeating Tony Abbott in a Liberal party room ballot last night 54-44 and holding a short press conference with his “dear friend of many years” Julie Bishop, it was all over for the night.

This morning, bleary-eyed staffers and MPs who had clearly been up all night flocked back to Parliament for what will likely be a long day for the government.

The mood this morning was mostly that of confusion. Where was Abbott? In a matter of hours he had gone from PM to PM-in-hiding.

Until his car was tracked by Sky News on its way to Parliament (and  it was later suggested this was the wrong car after it was spotted entering a car wash), no one had heard a peep from him since he lost the ballot to Turnbull.

Some jokingly suggested Abbott might do what Chief Minister Adam Giles did in the Northern Territory and just flatly refuse to leave office.

Turnbull began his day by addressing the media outside his Kingston apartment.

“This is a great time to seize the day. I’m filled with optimism and we’ll be setting out in the weeks ahead and the months ahead, we’ll be setting out more of those foundations that will ensure our prosperity in the years ahead. There has been a change of prime minister, but we are a very, very strong government, a very strong country, with a great potential, and we will realise that potential working very hard together,” he said.

Turnbull arrived in Parliament shortly afterwards for a number of briefings, including a leadership meeting and national security briefing with the Director-General of ASIO, Duncan Lewis. Turnbull wasn’t a member of the National Security Committee under Abbott, despite his portfolio in Communications having much of its policy dictated by national security agencies via the Attorney-General’s Department (e.g. the data retention policy, and the flagged changes to telecommunications infrastructure policy that has all the telcos saying “enough is enough”).

On the lawns of Parliament, TV film crews set up on what was a very windy morning, conducting interviews with any MPs who were around. Julie Bishop, Cory Bernardi, Kevin Andrews all offered themselves up.

Bishop told the Today show she was “aware of the parallels” between the ousting of Abbott and the ousting of Rudd, but would not be drawn on whether she and Turnbull had “blood on their hands”.

“That’s a phrase people use. I found this a very difficult decision to take, but I had a responsibility as the deputy to inform the leader of the views of the majority of the party room and that’s what I did, and the leader knew that he had a number of options available to him and one of them was to call a spill because otherwise I believe this would have continued and unless matters had changed dramatically, the party room would continue to feel that he could not turn things around in time of the next election,” she said.

Shaking the perception that Turnbull has blood on his hands may take time. Talkback callers on 2GB this morning were, with the help of Alan Jones and Ray Hadley, extremely upset with the change of leadership, with many claiming Turnbull betrayed Abbott and he was the Judas of the Liberal Party.

On the road to Government House, a man held up a sign to passing cars with “Et Tu, Turnbull?” written in red with a bloody dagger drawn over it.

While Bishop made the case for the change of leadership, others, like Andrews, who spent last night on the TV backing Abbott (before nominating for the position of Turnbull’s deputy), are just looking to keep their jobs.

“Malcolm said last night in his remarks that it is a broad church and he wanted it to be a broad church. So the question is for someone like me, who has reached out to Malcolm and said representing at least a third of the votes in the party when that came along, will that become a reality? I’ve said that I’m prepared to work with him and we will see what happens,” Andrews said.

After that, Turnbull held a leaders’ meeting ahead of the Liberal party room meeting. It was scheduled for 10am but was pushed out to 10.30am. It ran for an hour, and when Abbott arrived in Parliament, his staff began packing up their desks.

Abbott finally called a press conference for 12.30pm, and after that Turnbull headed to Government House to be sworn in as prime minister.

For the other MPs and senators in Parliament, it was largely business as usual. The Greens held a party room meeting. Labor held its usual caucus meeting, where it was decided that Jan McLucas and Bernie Ripoll would stand down from the shadow ministry in October to allow time for Labor to appoint new shadow ministers for mental health, housing, homelessness, sport and small business before the next election. 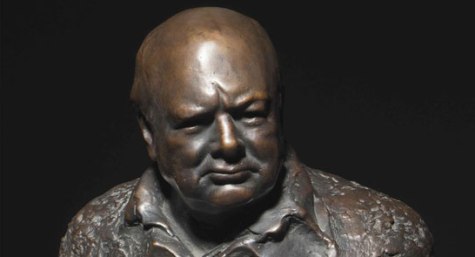 Off with her head: Queen portrait gone from PM’s office as Turnbull spent $26k on art removal

If we could harness the power of hypocrisy we could put coal out of business overnight.

The Turnbull coup has many more similarities to the 2013 Rudd coup than the 2010 Gillard coup.

The former two were both about a party that was facing an election defeat and a growing belief by MPs that a change of leader would help their election prospects.

The 2010 coup stands out as one of the stupidest, most destructive changes of leader because it was about internal political payback to an unpleasant leader that few people liked and it was done by union bosses who paraded on TV and took credit for it. Rudd was 52-48 ahead in the polls on 23 June 2010.

I doubt very much that a party room vote would have toppled him but for the interference of union bosses telling their appointees who to support if they wanted to keep their pre-selections.

OneHand – 2010? Have you looked at a calendar lately? It’s five years later, 2 years into what even RWNJ (as distinct from astroturfers such as..U) agree is the worst government under the most incompetent bunch of vicious, ignorant fools .. insert other facts here.. and you want to obfuscate the issue! Typically.
Not wrong though that it is another case of 2013 – principle free timeservers with a single thought, saving their wrothless arses, bugger the country and that strqnge democracy idea.
OneEye, the epitome of the ‘stopped clock’ syndrome.

McDeath and Bank-Joe? All hail Mcduff?