Collars poppin’. This morning Ms Tips found something on which both she and Ray Hadley agreed. Yes, we’re still recovering. As part of Hadley’s character assassination of Malcolm Turnbull this morning, the radio host turned on the Communications Minister’s fashion choices, namely the collar of his shirt. Hadley labelled Turnbull “smarmy” and said his upturned collar “is an indication of someone being up themselves”. While Ms Tips agrees that collars should be turned down in their rightful place, it is unfair for Turnbull to be singled out in this way. It didn’t take long for us to find many pictures of Abbott with his collar also looking particularly out of place. So if we’re going to use this as a way to judge pollies, let us use it fairly. 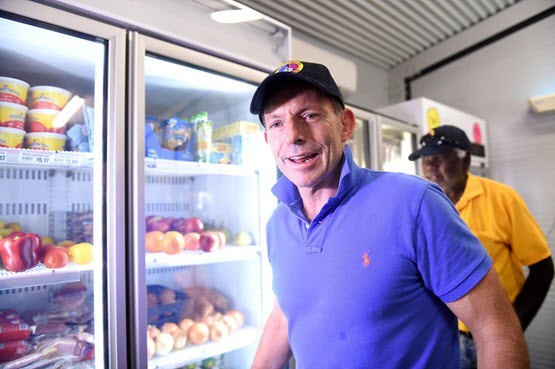 The GST magic pudding. One should always subject the economic modelling of Access Economics and Chris “is this camera on?” Richardson to a fair degree of scrutiny. Today Richardson and co are spruiking some more “modelling” on the basis of which they argue a GST increase could pay for compensation for low-income earners, health spending increases and a whopping 5-point cut in the corporate tax rate. Except, let’s go back in time a bit. A year ago, Richardson and friends were telling us that raising the GST to 12.5% and extending it to food would generate $19.5 billion a year in additional revenue. Then, earlier this year, they reckoned (ignore the inexplicable picture of a woman in her underwear accompanying the report) raising the GST to 12% and extending it to fresh food would raise $18 billion. Fair enough — those numbers look pretty consistent. But in its latest effort, Access reckons lifting the rate to 12.5% and applying the GST to food would produce $112 billion over four years, or an average of $28 billion a year. Even assuming the revenue from the higher rate and food would increase each year, how on earth have we gone from $19.5 billion to $28 billion in the space of a year?

Labor Wit Attitudes. The National Young Labor conference took place in Canberra over the weekend, with wannabe future MPs converging on the capital for a weekend of drinking, powerbroking and drinking, but the attire of some delegates has raised a few eyebrows. Members of Sydney’s Inner West Young Labor Association showed up wearing these T-shirts: 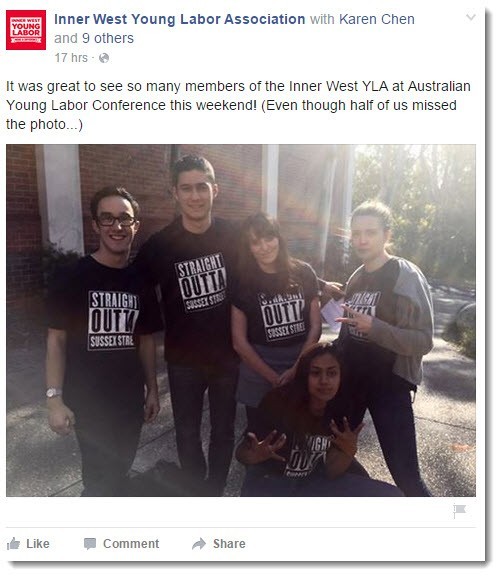 Sussex Street is the home of the dodgiest branch of the Labor Party, so where are these enterprising youths headed? Apparently some noses were bent out of joint about the T-shirts, but we’re sure they, like the original NWA, meant no offence.

Lyndon LaRouchites for Corbyn. While opinions on the election of left-leaning Jeremy Corbyn to the leadership of the UK Labour party are a dime a dozen (except Guy Rundle’s, of course, which is worth your Crikey subscription), a tipster tells us that members of Australia’s fringe right were buoyant about the decision. While enjoying pizza in East Brunswick over the weekend, our tipster says a group of about 20 were watching the progress of the vote closely watching the results and were very happy with the win for Corbyn — and not in an ironic way. Who were they? Members of the Citizens Electoral Council, an extreme far-right party that is based on the principles of US economist and conspiracy theorist Lyndon LaRouche. While sceptical of climate change, the party also advocates nationalising banks and is against privatisation. “I almost choked on my pizza” on learning how keen they were on the new Labour leader, our correspondent says — “they were ecstatic”. The group went on to sing in celebration. So while Corbyn may not have fans in his own party, he does have the support of one of the weirdest pockets of Australian politics.

Puppy love.While members of the Liberal Party spent the weekend taking swipes at each other, Labor leader Bill Shorten was spending some quality time with his pets. On Saturday Theo and Tilly Shorten — the family’s bulldogs — started their own Instagram account. For those unfamiliar with the app, it’s not unusual for users to start accounts devoted to their pets, with online communities formed around different breeds and species. Theo and Tilly are off to a good start, posting a video of their 15 seconds of fame when they appeared on Kitchen Cabinet. Now this is most likely a cynical marketing ploy from a savvy media adviser, but if the pics of the dogs continue to be cute we’ll double tap: 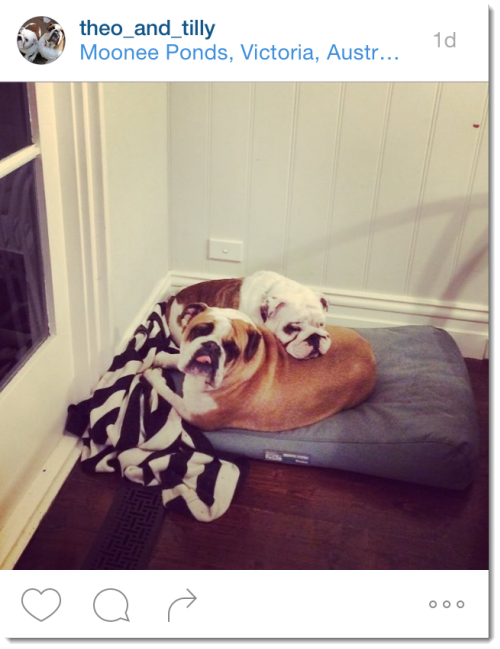 Who’s this guy? A tipster spotted this descriptive caption on an image published in The Canberrra Times over the weekend — apparently it only lasted 30 minutes, but that was long enough for our tipster to snap this: 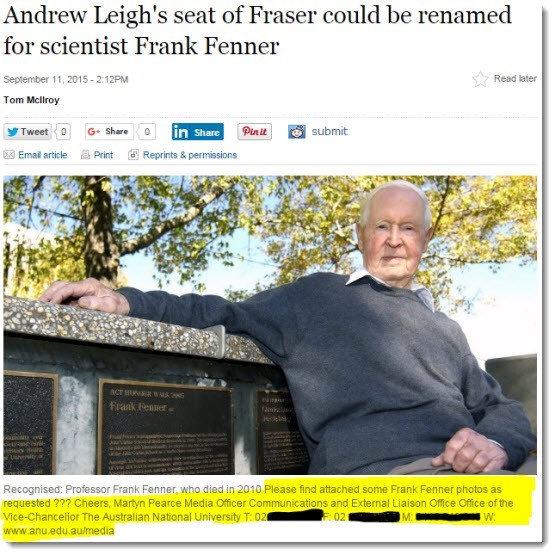 Essential: Abbott plummets in voter esteem, and who influences parties?

And “Straight … out of Sussex Street”? There’s an oxymoron if ever there was?

Glass-Steagall and national banking advocate Jeremy Corbyn has struck fear into the hearts of the City of London elite by winning leadership of the UK Labour Party with a massive majority. His victory is provoking howls of consternation among the media and elites, including in Australia, who were powerless to derail his campaign.

Corbyn proved that their main argument against him, that his policies make him unelectable, is a lie. They fear him precisely because his policies—of a full-blown Glass-Steagall separation of banking to rein in damaging financial speculation, of using public credit created through People’s Quantitative Easing to invest in infrastructure and industries to revive the British economy, and of ending the austerity that is making normal Britons pay dearly for the crisis the banks created—are very popular and make him easily electable, and thus a real threat to their power.

Tomorrow, the CEC will issue a full statement on Corbyn’s victory and the implications for Australia. “

A red neck advising someone to turn their collar down…it’s pure gold..

I have always liked Bill Shorten – even if I have had reservations. But now I am going to vote for Bill – even if he does a Billy Hughes swap and ends up with the Coalition. Somebody with bulldogs in the family must have a heart and something else I must tell you – bulldogs are beautiful.