Catherine Holmes has been sworn in as Queensland Chief Justice, ending the term of controversial chief justice Tim Carmody. 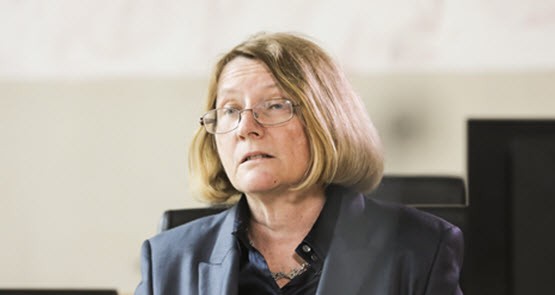 When Brisbane-based solicitor Andrew Boe was assembling his defence team for Milat’s NSW Supreme Court trial in 1996 he chose Holmes because she was one of the brightest criminal barristers at the Queensland Bar. They lost the case, and Milat, now 70, received seven life sentences, which he is currently serving at Goulburn jail’s “Super Max”, a maximum security, electronically controlled facility that is deemed “escape-proof”.

Holmes, aged 58, was sworn in this morning by Governor Paul de Jersey, a former chief justice, in the presence of Premier Annastacia Palaszczuk.

Her appointment brings the curtain down on a bizarre chapter in Queensland’s judicial history, when the prestigious chief justice position was held for 14 months by former Queensland copper Tim Carmody. Former LNP premier Campbell Newman started a chain of dramatic and farcical events when he plucked Carmody from the obscurity of Chief Magistrate. Newman described him as “a knock-about bloke”.

Carmody’s appointment was considered so controversial that the swearing-in ceremony was held in private, behind closed doors, at a Brisbane registry office. Ironically, it was Holmes who officiated at the ceremony, while many other judges boycotted the event.

Queensland Bar Association president Peter Davis was so incensed over the Carmody appointment that he resigned.

Carmody had never previously sat on the Supreme Court, and his fellow judges and the legal profession were soon making public protests.

Throughout the political and legal wrangling, Carmody’s most loyal ally was the Rupert Murdoch-owned Courier-Mail, which attacked his detractors and hailed his “man in the street” approach.

Two senior Supreme Court judges, Justice Margaret McMurdo and Alan Wilson, deserve most credit for rallying opposition to Carmody, which led to his resignation from the chief justice role in June.

In an angry exchange of emails last year, McMurdo, head of the Court of Appeal, declared: “I cannot sit with with him [Carmody] again on any court. Please ensure in future that I am not listed to sit with the Chief Justice.”

When he stepped down from the bench last year, Wilson gave a controversial speech saying that he had been “driven to say something” after witnessing a “serious loss of morale at the court” over Carmody’s leadership style.

“Finally, it will be recalled that the Chief Justice, in his public remarks last Christmas [2013], urged the judges to maintain civility and courtesy; but he has on different occasions referred to us collectively as ‘snakes’ and ‘scum’,” he said.

Under a deal brokered with the Labor government, Carmody resigned as chief justice on July 1 but remains a judge of the Supreme Court serving as a supplementary judicial member of the Queensland Civil and Administrative Tribunal (QCAT), a relatively minor judicial functionary’s position.

Brisbane lawyers believe Holmes has been selected on an “ABC” basis — Anyone But Carmody. Her colleagues testify to her work ethic, quiet nature and practical approach to legal and administrative tasks.

The daughter of a labourer and a bookkeeper, Holmes attended Oxley State High School, became a founding member of the Women’s Legal Service and conducted the Queensland Floods Commission of Inquiry into the 2011 disasters.

Queensland’s 19th Chief Justice describes herself as a “black-letter lawyer, not a feminist warrior” and a legal conservative who disapproves of legislation promoted by populism.

That will be music to the ears of her fellow judges who are mainly white males from “Churchie” (Church of England Grammar School) or “Nudgee” (St Joseph’s Catholic College).

After the Carmody turmoil, they would be yearning for an era of peace and calm followed by a comfortable retirement on their judicial pensions. 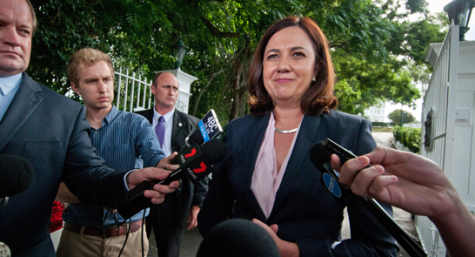 Ah! #Christo
But Churchie was most definitely the Church of England Grammar School when attended by the luminaries concerned

Nowt wrong with ‘black letter law’ – better than a wind-sock.

Whatever shortcomings there may or may not have been, Australian Citizens can be thankful the decisions were NOT made by the Crikey Commissariat, can’t they.

Hurrah! Sanity returns and even the Brissie old school tie brigade being pleased is less worrying than the police state flavoured stuff with a side of tampered-with Judiciary Jus we were being served by the previous govt. Ok sorry for the mashed metaphors.