News Corp is an undemocratic, rent-seeking, power-abusing giant. Things will only get worse if it takes over Ten. 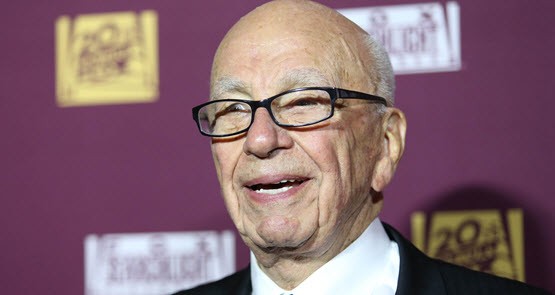 When Rupert Murdoch’s News Corporation was given the green light by then-treasuer Paul Keating in 1986-87 to buy the Herald & Weekly Times, it set a world precedent in any democracy with one player controlling almost two-thirds of the newspaper market.

It was also assumed that there wouldn’t be further Murdoch family expansion into other Australia media markets, such as radio and television.

No other Western democracy would or has tolerated such dominance, especially from an owner who lives offshore, is no longer an Australian citizen and who redomiciled his company from Australia to the United States in 2004.

Alas, through creeping acquisitions — some through Rupert’s children — the world’s most powerful family continues to inexorably add to their media dominance in Australia.

The Australian Competition and Consumer Commission will on Monday decide if the latest expansion — a proposed 15% placement by Ten Network Holdings to the Murdoch-controlled pay-TV monopoly Foxtel — is allowable under Australian law.

The ACCC should reject the proposed Foxtel placement and also mandate that Foxtel cannot be represented as one of six directors on the slimmed-down Ten board. Similarly, existing Ten director and Murdoch family associate Siobhan McKenna should be required to resign.

Approving News Corp’s purchase of the Herald & Weekly Times was the worst banana republic decision Paul Keating made as treasurer. It created an undemocratic, rent-seeking, power-abusing giant that has been debauching Australian democracy and manipulating media markets ever since.

For all Stephen Conroy’s tough talk about media regulation as Labor’s communications minister during the Rudd-Gillard-Rudd years, he did very little in terms of offsetting the Pacman-esque expansion ambitions of old man Rupert.

Have a look at the record.

After exiting the magazine business through the PMP float in the 1990s, News Corp paid an estimated $200 million for the FPC stable of 25 titles in November 2006 to become Australia’s third-biggest magazine publisher.

In 2010, James Packer and Lachlan Murdoch teamed up to effectively take control of Ten Network Holdings. No problems, even though they both had an obvious conflict of interest in shutting Ten’s dedicated sports channel and refusing to let the incumbent rights holder bid for the next round of AFL TV rights, leaving the path clear for Foxtel to swoop. Ten has been a basket case ever since.

In early 2012, Foxtel snapped up regional rival Austar for $2 billion. Again, no problems.

In late 2012, News Corp paid another $2 billion to buy the Packer pay-TV rump Consolidated Media Holdings, picking up the remaining 50% of Fox sports and an additional 25% stake in Foxtel. As usual, no problems.

In early 2015, News Corp even bought a 15% stake in the radio and newspaper business APN News and Media ahead of poaching its CEO Michael Miller. At least they don’t yet have board representation.

The only Murdoch expansion that ever ran into regulatory problems was Lachlan Murdoch’s 2009 investment in a 9% stake in Seven’s regional TV affiliate Prime Media, which he eventually exited for a $6.5 million profit in 2012.

ACMA conducted an inquiry and would have required Lachlan Murdoch to exit the Prime boardroom in 2010, just a few weeks after he was appointed deputy chairman.

Alas, Lachlan went voluntarily in November 2010 with no reference to the ACMA inquiry, which later led to an adverse finding over radio ownership breaches. Instead, as Prime Media Group Chairman Paul Ramsay said at the time: “We are disappointed that Lachlan Murdoch is required by regulation to resign from our Board as a result of joining Network Ten Holdings Board.”

Similarly, Foxtel should not be allowed to have a board seat at Ten because it will substantially lessen the competition for sporting rights.

To some degree, the horse has bolted at Ten because it has already thrown in its lot with Foxtel’s advertising sales system. Why were they allowed to do that without ACCC approval?

Only in Australia would you have a situation where tiddlers such as Southern Cross Media, Prime Media and WIN cannot be taken over by non-Murdoch players, yet the Murdochs can keep adding to their empire seemingly with impugnity.

If the ACCC does approve Ten’s Foxtel placement and board seat, it should be done with these three conditions:

I for one, feel proud to be one of many taxpayers whom, a few years ago contributed towards a $880 million tax refund that rewarded Rupert’s NewsCrap organisation for (legal, I presume) sharp and nifty accounting practices on their businesses in Australia to attract that taxpayer loot.

Yes please lets have this better regulated and enforced.