Just who will be able to access the government's new facial recognition "hub"? 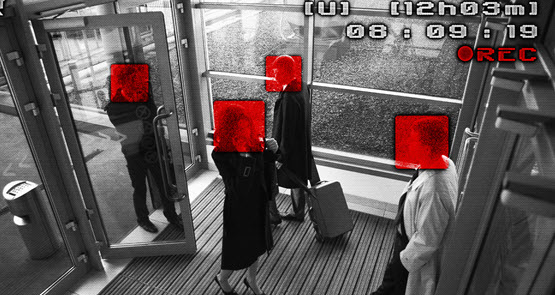 The next time you sign up to a phone plan, your mobile provider could gain access to a treasure trove of government photos of you as part of a new identification system planned by the federal government.

The government’s document verification service, which is used by both agencies and private organisations, will be able to access the government’s new $18.5 million facial recognition system, available from mid-next year, Minister for Justice Michael Keenan has announced.

The hub will allow state and Commonwealth agencies to connect to one another and try to match photographs of suspects against the close to 100 million images kept by government agencies.

“This process will expedite putting a name to the face of terror suspects, murderers and armed robbers, and will also help to detect fraud cases involving criminals that use multiple identities,” Keenan said.

Agencies that were initially supposed have access to the service include the Department of Foreign Affairs and Trade, the Department of Immigration and Border Protection, the Australian Federal Police, the Australian Security Intelligence Organisation, Defence and the Attorney-General’s Department, but on Wednesday Keenan announced that the Attorney-General’s Department’s Document Verification Service would also be included as part of the system.

The DVS is a system set up by the department to match ID information — but not photos — on government-issued identity documents in real time. It was set up by the Howard government in 2006, but sat idle because an auditor-general report in 2010 found agencies found it hard to use.

The system was overhauled in late 2013 and now is used by both government agencies and, to a much greater degree, the private sector for ID verification. Attorney-General George Brandis last year said 20 government agencies used the system, while 160 private companies had signed on to use the service. Brandis described the DVS as a “vital tool” in identification.

Under the new plan, the DVS will “allow agencies to match a person’s photograph against an image on one of their government records,” according to Keenan.

“This will help prevent more insidious forms of identity fraud — where criminals create fake documents using their own photos, with personal information stolen from innocent victims. It will also assist victims more easily restore their compromised identities,” he said.

It’s unclear whether the private sector will be able to access the images, but Keenan said in his announcement that only those agencies that have the legislative authority to collect and use facial images.

A spokesperson for the Attorney-General’s Department did not respond to a request for comment by deadline.

State agencies are expected to be provided access to the facial recognition system, but the state governments will need to first consider what technical and legislative changes are needed to bring in the driver’s licence databases. This is expected to be decided by the Council of Australian Governments transport and infrastructure council in a meeting in November.

“Be ‘appy, Doan wurree” as the old song had it, just another bit of Liberty sacrificed on the altar of the Demon Security, intrinsically insatiable – like a junkie/alcoholic, one bit too much, a million not enough.

Hmmm, maybe that American TV series ” Persons of Interest” is not so far fetched after alł

Next move microchip all Australians?

It’s actually the SIM you need ID for, not the phone, and there are ways around that if you’re prepared to be slightly dishonest (acquire a SIM, register it online, lie about your name/address/etc, use prepaid and only top-up with vouchers bought using cash).

But, yes, I agree with your fundamental point. It’s just another authoritarian overreach justified by the war on terror, ineffective at achieving anything vaguely related to its ostensible purpose, but useful for reminding regular folks they’re being watched.