Australia is now part of the Syrian civil war -- effectively on the side of a regime bent on slaughtering its own population. How did it come to this? 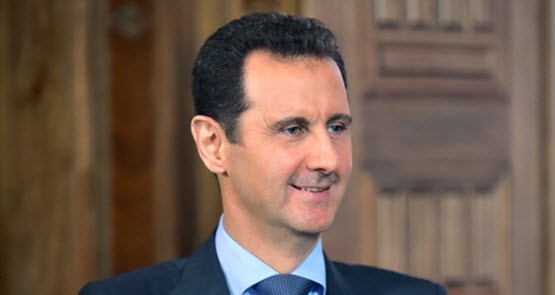 Congratulations, Australia, you are now an ally of one of the most blood-thirsty regimes on Earth (and no, not Saudi Arabia, although that’s a contender). We’re now de facto allies of the regime of Bashar al-Assad, and of course his backers, the Putin regime in Moscow, which has its own forces operating in Syria (at least, unlike us, they’re there legally), and the Iranian theocrats.

Every airstrike against Islamic State positions in Syria is one less Assad’s air force has to carry out. Every time airstrikes force Islamic State to change tactics, abandon military or logistical operations, Assad benefits, freeing his armed forces up to attack other opposition groups, and the Sunni civilians he has relentlessly targeted since his forces first began slaughtering protesters in 2011 — Sunni civilians Australia won’t be taking as part of the 12,000 refugees from “persecuted minorities” the Abbott government has generously volunteered to take, given Sunnis form the majority religious group in Syria. Welcome to the Syrian civil war, folks.

The Abbott government — which readily admits it has no idea of what the long-term objective in Syria should be beyond the perhaps unambitious goal of a government that doesn’t commit genocide against its own people — would prefer you not to think about how we’re helping Assad by bombing the “Daesh death cult” and whatever civilians might be in the way at the time. It promotes a narrative in which Islamic State and the Assad government are equally a threat to Syrians. “The people of Syria are currently caught between the mass executions of the Daesh death cult on the one hand, and the chemical weapons of the Assad regime on the other,” Abbott insisted last week.

The truth is, IS kills a tiny fraction of Syrians compared to Assad — perhaps a tenth, perhaps far less. In his enthusiasm to hype the threat of the “Daesh death cult”, Abbott is inventing a fiction that they are the equals of Assad when it comes to slaughter, when they’re not evenly remotely comparable.

Oddly, though, Abbott also wants you to simultaneously believe IS is weaker than it actually is. In an effort to suggest the Coalition air campaign has been successful, the Prime Minister yesterday made a peculiar statement (and all the more interesting for being accidentally singled out in a different font in the transcript provided by his office — plainly someone was worried about what Abbott had said):

“I should point out that while there have been some disappointments and frustrations in the campaign against Daesh so far, there has also been a degree of success. For instance, there have been no major advances by Daesh since coalition air operations commenced. If anything, the Iraqi armed forces have regained significant territory from Daesh since our airstrikes, along with those of our partners, began. So, these air strikes are effective, they are making a difference.”

Coalition airstrikes, led by the United States, commenced in August 2014; Australian airstrikes were approved in October 2014. In mid-October, IS took the Iraqi town of Hiit, displacing 180,000 civilians; in May IS captured Ramadi, a city of over 400,000 people, as well as the town of Palmyra in Syria. Perhaps Abbott’s definition of “major advances” is bigger than the fall of Ramadi, described as a “total disaster” by some commentators and “is a very serious situation. No one is kidding themselves about that,” by the US State Department. Don’t scoff at the idea that the success of airstrikes is being oversold — a group of US military intelligence analysts has complained that their reports are being manipulated to fit the narrative of success against IS.

Or perhaps Abbott’s confusion is merely a neat symbol of Australia’s wrong-headed and strategically incoherent return to fighting in the Middle East, driven more by domestic considerations than by genuine national interest.

On this logic we’d have decided not to fight alongside Stalin after June 1941.

Stalin you’ll recall was responsible for the purges and had waged a pointless little war against Finland. Per head of the population killed and in many other ways he was far worse than Assad.

Our totally stupid policy of backing a Syrian opposition that was inevitably going to be dominated by the extreme islamists has now put us in a terrible position and the purblind attempt to build and promote some sort of “third force” is leading us further into disaster.

Let’s be realistic. Assad is, under the circumstances, the closest thing to a democrat you’re going to get in the ME for years to come.

Paul Sheehan in today’s SMH states that “Firepower is the only tactic that has stopped IS”. So Bernard Keane, being the military expert you are (in your mind anyway); what alternative to airstrikes do you suggest.

Paul Sheehan? Wow…what an authority on military matters! You might want to consider a more authoritive source for support of the useless bombing campaign. Maybe b1 or b2.

What should we do? Something different to what we did the previous two failed attempts in Iraq. Remember…we were only in Iraq the 2nd time to prevent the use of WMD that didn’t exist. We created this whole horrible mess. What should we do? Get out of there and come home and take as many refugees as humanly possible seeing as we created the sorry mess in the first place.

Soon they’ll tell us that the airforce needs support troops on the ground in Syria…more and more troops, more and more death and destruction…the very thing that fires extremism in the first place.

Let’s be realistic. Assad is, under the circumstances, the closest thing to a democrat you’re going to get in the ME for years to come.

I would go further and say that if Assad falls, chances are Syria will fall into failed state status, a repeat of the Libyan experience, a repeat of getting rid of Saddam.

And what a brilliant result that would be, ISIS, Assad remnants, multiple Al Q groups fighting each other for control. We never learn.

Definition of a “moderate” Syrian rebel? One who sells his weapons and/or himself to less moderate rebels (rather than get wiped out).

Persecuted minorities around the border regions, who can’t return to their ancestral homes is code for Christians..
We are bombing Moslems..