Razer: there is no light, only death and darkness, and one photo won’t change that

A heart-wrenching photograph does not allow us to understand the Syrian conflict, because it is the result of a thousand bad, banal decisions, which is a truth we don't want to acknowledge. 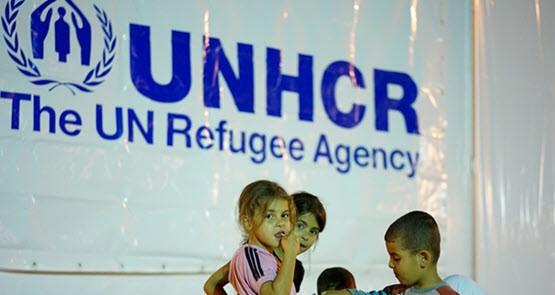 In these days that follow the wide release of images of a toddler’s corpse, an emotional West has managed to convince itself of two things. First, we have finally begun to understand the truly wretched nature of the Syrian conflict. Second, we have finally begun to embrace our own truly beautiful nature. As we “light the dark” not only of our wartime ignorance but that of our unlit souls, we welcome a humanitarian dawn where a long night of foreign policy is ended by pure, dazzling love.

This isn’t true, and there is no light here, as I will shortly and darkly explain. What is true is that these pictures of a dead baby are distressing. That any little chap should know the wine-dark sea as a real monster and not simply as the site for fictional beasts from Homer is too much for most of us to understand. The death of a child will always resist understanding, and this is why we invent myths to explain it. Once, we had an afterlife to help us tolerate the tragedy of early death. Now, we have a widespread belief in our powerful compassion. If little Aylan Kurdi can live on, we tell ourselves, it will be in the redemption of the West.

In recent days, several figures from whom we might reasonably expect a strategic understanding have reverted to this emotional one. Queensland Premier Annastacia Palaszczuk said the pictures of the little boy served as a “wake-up call”, and New South Wales Premier Mike Baird said: “And then you see a photo. And somehow it changes everything.”

That one photograph can “wake up” or “change everything” for a policymaker is not an especial comfort. Actually, it’s an immense worry. Our politicians have known about the scale of death by disease, airstrike and land militia in the region for years, and if they say they haven’t — and to say that the image of the dead little boy is able to “change everything” about their understanding is to say they haven’t — they’re probably fibbing.

Palaszczuk and Baird are far better placed than most of us to really know the not only the nature of the multilateral conflict in Syria — participation in which both of their parties support to varying degrees, against strong advice even from conservative strategists — but the contexts from which asylum seekers in their own states have fled. In other words, you’d hope that a politician had read far enough beyond their talking points not to be surprised that yet another child had died. How could such people not know about all the children in the region who had died by airstrike in the last decade or by sanctions in the decade before? These leaders are either even more ignorant than I of these complex ghastly theatres of conflict, or, they’re bunging it on.

Between us, I believe they’re bunging it on. This is not to say that they are not personally moved by the image, but they know a photograph that will win hearts and Pulitzer Prizes when they see it. Public display of private grief by politicians is something we citizens not only expect but demand. We have to own up to the way we make them fib and say “this changes everything” when, really, years of considering policy on asylum should have changed everything.

“This changes everything” is as mythic as the afterlife. You can argue that This One Powerful Image of a dead little boy has been enough to activate humanitarian policy in the case of the Syrian crisis. Perhaps it will even save some lives. But you cannot argue either that similarly distressing images of children in conflict seen before today taught us anything useful about Western assault on sovereign nations or that the brilliant light of love and understanding is enough to save the world.

That we need to mythically see the night of this life as a way to “light the dark” is quite understandable. But it is not pardonable. That we can forget that we have seen not only pictures of children and adults subject to institutional harm many, many times before or that we can continue to believe that the emotional jolt that these extreme images provoke action is peculiar.

What we are saying here is that we believe that it is the thing that we see directly that is of the most urgent priority.

Last week, Tony Abbott said of the Islamic State fighting strategy, “The Nazis did terrible evil but they had a sufficient sense of shame to try to hide it,” to very justifiable critique. It is absurd to say that it is better to conceal genocide, in this case a far more effective one, than to permit its open display. It is idiot nativism of the highest order to compare the worst, coldest and most modern decade of systematised murder to any other, and there is good historical reason that we consider the Holocaust to be the greatest and truest model of “shame” in history. It was not shame that led Nazis to disguise atrocity as reason. The disguise of atrocity itself was one of the most shameful things about it, and few have said this with more precision than Hannah Arendt, who gave us the phrase “the banality of evil”.

It is when evil is camouflaged and explained to the point it becomes everyday that it is permitted to systematically prosper. In these contemporary, large-scale conditions, the brutality that we can see is always going to be the least of it. Our “shame” is that we have forgotten this.

We call a war a conflict, torture “advanced interrogation” and the starvation of half a million Iraqi children a “sanction”. Our language around war has become euphemistic, but our appetite for hyperbolised images of it has become insatiable. Just as Tony Abbott can commit this reversal of logic and say that the real problem with IS is that it shows crude torture on YouTube, we are able to say that the real problem with this war is the picture of the death of a baby.

This is not to say that this death is not a “problem”. Of course it is. It’s horrific. But its display should not permit us to think that we are, at last, staring real “evil” in the face.

The real “evil” is, as it has been for more than a century, banal. It can be traced to a thousand poor decisions, a lack of grand strategy and to the “humanitarian” posturing of Western nations themselves.

It is not proximity to what various commentators, including, obviously, Bono, have called our “humanity” that will end these deaths or restore this little boy. It is the painful awareness that we have built a very banal evil of a scale so vast — often in the name of humanitarian intervention — it can never be seen. Evil can no longer be revealed. If we really want to do something useful about undoing complex “evil”, we might start by no longer looking for a picture of it.