Media briefs: lobbyists to the capital … US sell-off … in your face, Queen Vic …

Queen Elizabeth II receives another, figurative, crown. And other media tidbits of the day.

Media lobbyists to Canberra. With Canberra back in session, all sorts of figures are making the trip to lobby for their version of reform, and that’s as notable in the media sector. Today the Media Entertainment and Arts Alliance is in Canberra to meet with Treasury officials to stress the importance of the ASIC registry continuing to operate as it currently does.

The issue hit a bit of a flashpoint earlier this year when the Productivity Commission partly adopted recommendations first made by the Governance Institute of Australia, which requested the removal of certain identifying personal information for company directors on the registry, replacing it with just their names and unique PINs. The issue was fiercely opposed by journalists, who argued details like date of birth were crucial to making sure they had the right person when comparing across databases. (The Governance Institute said that wasn’t the point of the registry, and that there were other good reasons for not having the information publicly available). Over 100 journalists signed an MEAA-co-ordinated petition to Assistant Treasurer Josh Frydenberg asking him to leave the registry alone.

In other bits of media-related lobbying, regional media chiefs were in Canberra yesterday to talk about removing the bitterly contested “reach” rule. And we had the domestic violence round table on Monday. — Myriam Robin

The great US sell-off. Despite the sell-off in media shares in the past month (or perhaps in spite of it), America’s third-biggest local TV group will be formed after US-based Media General said it would buy Meredith Corp for US$2.4 billion in cash and shares. Including Meredith’s US$700 million in debt, the total value of the bid is US$3.1 billion (A$4.5 billion). The merged company will own Meredith’s suite of magazines, including some of the biggest sellers in the US, such as Martha Stewart, Better Homes & Gardens and Family Circle.

Media General either operates or services 71 local TV stations across the US for all major networks. It bought Lin Media last year. Meredith owns or operates 17 local television stations. The merged company will have stations in 54 of America’s biggest markets, and the 88 stations will reach around 38% of the US audience. The new company, which will be called Meredith Media General, will have about $3 billion in annual revenue. Media General shareholders will own about 65% of the new company, while Meredith shareholders will own about 35%.

The merger move comes as the great media sell-off slows after many media companies separated their broadcast and content businesses from their print operations. In June, Gannett Co. completed the spinoff of its broadcasting and digital-media business, now called Tegna Inc. That followed similar moves by Tribune Media Co, Tine Warner, which sold off Time Inc, and News Corp. Media General sold its papers in 2012.

With Meredith comes the basis for a major digital publishing platform reaching more than 200 million monthly unique visitors via national and local consumer, and business-to-business, sites. Digital revenues are expected to exceed US$500 million in the first full year of operations, according to yesterday’s statements.

The future ownership of the magazines by the new company is up in the air, with some analysts immediately predicting they will be sold, possibly to Time Inc. Back in 2013, Time Warner (Time Inc was still a part of the business then) tried to buy Meredith. Despite long talks, the deal never happened. The two parties never got around to talking price. Time Warner had wanted to buy Meredith, merge it into Time Inc, and then spin off the new group. — Glenn Dyer 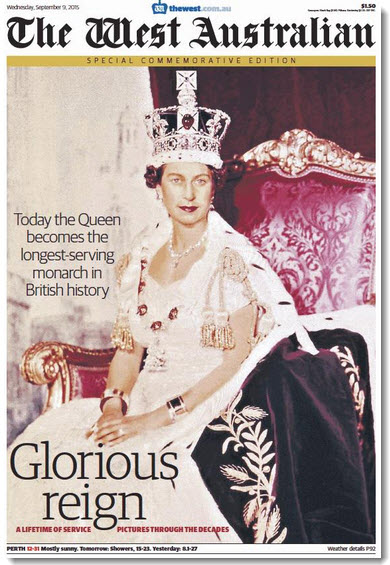