The No. 1 sign of nanny state overreach? Those damn bike helmets. 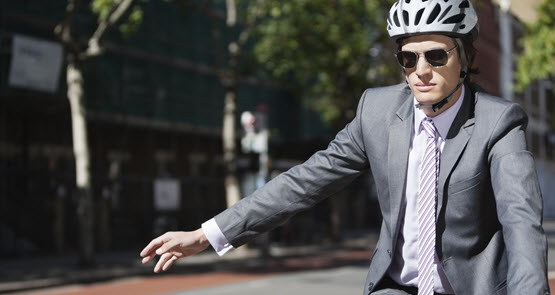 In the war against the nanny state, which laws stick in the craw the most? Is it fines for jaywalking, age restrictions for paintball gun control or something else entirely?

Submissions to Liberal Democratic Senator David Leyonhjelm’s inquiry into “Personal Choice and Community Impacts” overwhelmingly focus on mandatory bike helmet laws, or MHLs, as they are called. Leyonhjelm launched the Senate inquiry in June, with its terms of reference covering the use and sale of tobacco and e-cigarettes, alcohol, marijuana and the classification of movies and computer games. It also includes the catch-all “any other measures introduced to protect personal choice ‘for the individual’s own good'”.

But it turns out Australians (and even some submissions from overseas) are most angered at laws that make wearing a helmet while riding a push bike compulsory. The inquiry is still accepting submissions, which number more than 200. While lobby groups and stakeholders such as the Institute of Public Affairs and the Australian Medical Association have made thoughtful contributions, the submissions from the general public reveal the long list of grievances held against laws associated with the nanny state and political correctness.

Most cyclists referenced their experiences riding helmet-free in Europe, or in Australia before the laws to make helmets mandatory came into effect. Many said they continued to defy the laws. One keen cyclist (with a confusing propensity for fried eyelid) wrote that if women were allowed to smoke while pregnant, cyclists should be able to ride without a helmet:

One series of suggestions seems to increase the powers of the nanny state instead of taking them away:

Some submissions railed against the government as a whole, and many were complimentary of the inquiry and Leyonhjelm.

But almost all boiled down to one thing — the wish to ride to the shops without a helmet:

There is one bastion of freedom of speech that still exists, according to one submission — stand-up comedy:

Should repealing the bicycle helmet law be a priority?

What are governments prepared to do to improve cycling?

If a helmet were only required for riding on public roads then I could ride helmet-free along public footpaths. I could get off the bike to cross the road and remount on the other footpath.

I’m not sure what the point of this article is, did I miss the discussion of various points of view? What I didn’t miss was a raft of vague qualifiers such as ‘Most Cyclists’. How many is ‘most’? Are they all in Australia (except the article refers to riding in Europe). Or are they just the few respondents that Senator Leyonhjelm has seen fit to quote? Or is the final line a clue and it was simple intended as comedy? A tad too subtle for this rider.

I wear a helmet on my bike – it’s hardly inconvenient.
I also wear one when I’m skiing.
In the former case, there’s a law that says I have to wear a helmet, but it isn’t the reason I wear one.
A few years ago I hit a dog on my bike – did a somersault still attached to the bike and landed on the back of my head where my helmet took the brunt of the impact.
Neither I nor the dog was seriously hurt, though I was seeing double for the next couple of months.
Had I not worn a helmet I doubt that I would be typing this.
Helmets are one of those issues where otherwise-intelligent people seem determined to mount the most mindless arguments.
I guess it’s an outlet.
I certainly don’t agree with riding on the footpath, and I reckon those mixed-use paths are just asking for trouble.
Eventually Australian drivers will get used to the increasing numbers of cyclists on the roads and will be more courteous as they are in Europe.
We’ll still need helmets.
I would be interested to see the stats on injuries to cyclists on roads in similarly-urbanised other countries where helmets aren’t compulsory.

For these idiots who want to get rid of helmets, I have two suggestions:
1) Visit an Intensive Care Unit and witness what happens to cyclists, especially children, who have an accident and end up with head injuries – those that make it to ICU that is!
2) Talk to a family who is caring for a member who has permanent brain damage from a cycling accident.

Senator Leyonhjelm – get a life. Use OUR money for far more important ‘senate inquiries’ or p+ss off! I spent the best part of 50 years in the health care system – trying to save stupid people from themselves.
You and your respondents have no bloody idea!!

And Crikey, what kind of rubbish is this article? Stuff like this should get NO publicity at all!!!