Media briefs: the PI and the madam … <em>Oz</em> v Gietzelt family … too sexy for Kiwis …

Frank Monte and Sharon Sargeant look to bankroll their own TV show. And other media tidbits of the day.

This weekend, a development on the couple, courtesy of The Saturday Paper‘s Richard Ackland whose Gadfly column drew it to our attention. Monte and Sharon Sargeant are raising funds for a new TV pilot called The Private Eye and the Madam.

“This story line is that of two famous, glamorous and interesting individuals living their busy life day to day,” the blurb states. “We get to glimpse what a real life private investigator and a real life escort or call girl agency madam do for a day at a time.”

The couple are seeking to raise $100,000 to film the pilot themselves. On the Kickstarter page, Monte, who on his twitter profile describes himself as “arguably the world’s best and most famous private and corporate investigator”, says he’s had offers to be the subject of a reality-TV program before, but refused because he doesn’t trust the press to tell the story his way. “So after 6 months of BS in Hollywood and other places we’ve decide to start filming in January 2016, with a good independent film crew in Los Angeles.” Monte says he completed a NYU directors’ course in the 1990s, as well as “several other filmmaking courses”. — Myriam Robin

Oz v Gietzelt family. The Press Council has partly found against The Australian in a complicated adjudication on two articles by journo Troy Bramston about deceased Labor senator Arthur Gietzelt. The articles, published a few days after Gietzelt’s death in January 2014, examined whether he had been a member of the Communist Party, relying heavily on ASIO documents from the 1980s.

The complaint, brought by Gietzelt’s daughter, argued the articles were ” inaccurate, unfair and unbalanced”. She accused The Australian of not publishing ASIO’s own doubts (contained in one of the documents) about whether Gietzelt’s was actually a Communist Party member; argued she wasn’t given enough time to respond; and said that Bramston had a personal conflict of interest as, in 1999, her father had refused to support him for preselection as the Labor candidate at a local council election.

The Press Council dismissed the conflict of interest charge, saying it was only a tenuous and fleeting link (the Oz argued that Bramston didn’t even know Gietzelt hadn’t supported his preselection), but did uphold several aspects of the complaint, including the parts about needing to include ASIO’s doubts about Gietzelt’s alleged communist links. The Press Council also said the Gietzelt family should have been given more time to respond, particularly as they were contacted at a time of grief. The adjudication, carried in The Weekend Australian two days ago, states:

“When taken collectively, these factors have led the Council to conclude that there was a failure to provide reasonable fairness and balance and to provide a reasonable opportunity for a balancing response. This conclusion is very dependent on the length, detail and timing of the articles and the extent to which they could reasonably be interpreted as making serious allegations. Accordingly, that aspect of the complaint is upheld, although not on all of the grounds advanced by Ms Gietzelt.”

Too sexy for Kiwis. An award-winning Kiwi novel has been banned after a complaint by conservatives, potentially sparking a wave of new restrictions on books with sexually explicit content.

The teen novel Into the River by Auckland author Ted Dawe has gone through a considerable censorship battle. The interim ban makes it a crime to supply, display, or distribute the book in any way — if they know about the order. Individuals and organisations who knowingly supply the banned book are liable of fines of up to $3000 and $10,000 respectively. The ban includes schools and libraries. — Glenn Dyer

Hanging Ten. Another record low for Seven West Media shares on Friday, touching 67.7 cents during trading, and closing at 69 cents. That gives Seven a value of $1.05 billion. In fact the shares have fallen from 82 cents, when the 2014-15 results and the surprise $2 billion-plus in write-downs and other losses were revealed on August 19. More interesting, though, was the fall in Ten’s share price to 17.5 cents on Friday — that’s half a cent below the 18-cents-a-share deal with Foxtel for a 14.9% stake to be sold to the pay-TV group 50%-owned by the Murdoch clan.

That is a record low for Ten and came as word spread last Friday that the ACCC will discuss the Ten-Foxtel deal tomorrow with an announcement due Thursday. Usually, target company shares fall below deal prices for one of two reasons — the first is that the deal is to be done or approved and there are no more chances of it being blocked or topped by a rival. The second reason is that the deal is in trouble and might not happen, or is heading for a knockback, leaving the target company (in this case, Ten) in trouble.

Whatever, the decision by the ACCC will be momentous in terms of the dying print and broadcast TV industries. Approval, though, won’t change the iron ore of corporate activity in Australian media; that it destroys value rather than preserve or create it. Just look at the way Seven West Media, formed in a $4.1 billion merger back in 2011, is now worth just a quarter of that. — Glenn Dyer

Vice‘s prison issue. While Vice journalists remain in police custody in Turkey (ostensibly for being Islamic State members — a claim Vice rejects), the media company has, in more local news, turned its attention to Australia’s rising rates of incarceration.

“This isn’t an attempt at solving [the many issues around rising incarceration rates]. It’s also not a glorification of prison culture,” Vice Australia editor Royce Akers said. “Our intention was to tell as many stories as we could, and look at incarceration from multiple angles. Mandela once said, you don’t know truly know a country until you’ve been inside its prisons. This therefore is a look at Australia, as seen through reinforced glass.”

The issue, distributed in print and online, examines the high rates of incarceration of indigenous people, including indigenous women, takes a look at the architecture of Australia prisons, examines the effect of prefabricated prison cells imported from China, and looks at the disappearance of maximum security prison boss David Prideaux. 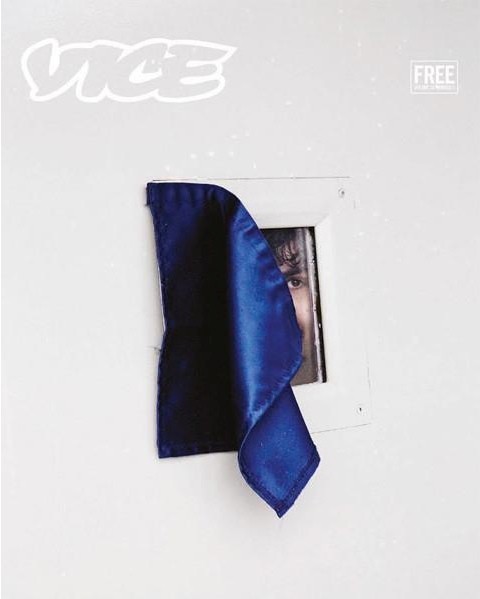 If ever Crikey genuinely wants an in depth analysis of the activities of the Gietzelt Brothers including their links with Moscow, there’s no need to rely solely on ASIO Files; and Crikey has been made aware of this possibility already.

Oh dear, so the Australian could have used a better source? Perhaps you should be writing a letter to them Norman, Crikey is just reporting on the press council’s decision, you silly bugger.

Max, it may have been difficult for you to conceive; but I’m probably the last one standing who was closely involved in the relevant issues, because the others were significantly older than I was, so it’s hardly surprising is it.
As for writing a letter to them, I’ve written quite a few letters to a range of recipients over the years beginning before the Gietzelt Brothers were dead, and that information was available to any journalist worth his/her salt to use.
I have, by the way made Crikey aware on this and other issues where I have significant materials available; but they’ve shown no interest.
As for your reference to a “silly bugger”, that might better be applied to someone who shoots off his mouth without bothering first to check the relevant facts, mightn’t it.