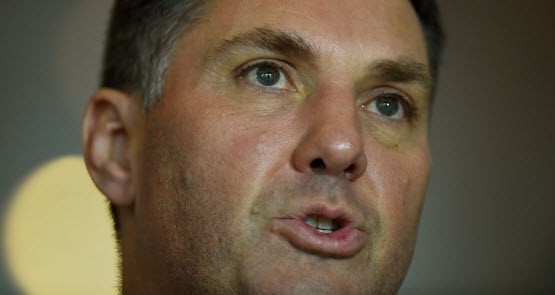 Tucked away in the Joint Committee on Intelligence and Security’s report on the government’s citizenship stripping bill, which was released on Friday, is one of the more memorable statements of Australia’s involvement in the War on Terror.

One of the justifications for the citizenship-stripping bill is that it would enable the government to strip dual nationals who have gone abroad to engage in terrorism of their Australian citizenship, thereby preventing them from returning to Australia and forcing them to go to the countries where they hold their remaining citizenship. During committee hearings, the assembled security bureaucrats from agencies like the Department of Immigration made the staggering admission that they hadn’t bothered speaking to any other countries, and particularly not Australia’s allies, about how they felt about Australia dumping its terrorists on them.

The justification was taken to an extreme by Prime Minister Tony Abbott: when Labor’s shadow attorney-general Mark Dreyfus suggested it would be better to bring terrorists home and prosecute and jail them here, he was accused of “rolling out the red carpet” for terrorists. How did the committee — of which Dreyfus is a member — deal with the issue? It noted that Australia actually has international obligations to prosecute terrorists — both under UN Security Council resolutions passed in the wake of 9/11 and under counter-terrorism conventions, which require:

“… Australia to ‘prosecute or extradite’ terrorists to face justice for their actions and ensure that they do not enjoy impunity … These agreements require Australia to establish jurisdiction over crimes by its nationals. Australia is therefore expected not to unilaterally strip nationality to avoid these obligations.”

However, the committee concluded “whilst Australia has obligations to prosecute those who commit terrorist acts, it also has the right to uphold its national security”.

The report, while unanimous, reflects a deeply divided committee. The section on the bill’s constitutionality reflects that division. Labor members are clearly convinced the bill is unconstitutional because it abandons the core requirement of separation of powers. The report devotes an entire chapter to discussing constitutionality — a discussion that in effect itemises in great detail the constitutional criticisms of the bill from a large number of Australia’s finest legal minds. After pages of such fundamental critique, the report gives the Department of Immigration the opportunity to respond, and the best it can do is state “obviously in terms of the drafting and the construction of the bill, it has been done with a view to ensuring constitutionality”.

The government, of course, has declined to provide the committee with its internal advice as to the constitutionality of the bill. As a result, Labor senators have washed their hands of the issue, declaring they have relied on the “assurances made by the Government as to the Bill’s ability to withstand constitutional challenge”. Roll on the High Court challenge.

Another issue that vexed the committee, and not just Labor members, was the proposed process — to be generous — as to how the minister would be informed that a dual national had engaged in conduct that had had the effect of automatically stripping him or her of his or her Australian citizenship. We learnt in the course of hearings that agencies such as Immigration, the Australian Federal Police, Department of Foreign Affairs and ASIO would collaborate in preparing a brief for the minister declaring that they’d determined that the conduct had occurred. The bureaucrats were naturally eager to avoid any impression this was a “decision”, the sort of word that meant a bunch of bureaucrats were secretly exercising judicial powers (Immigration secretary Mike Pezzullo called it a “small-D decision”).

But what this meant, as Crikey reported at the time, was that a clutch of bureaucrats operating in secret would have the power to override court decisions, because they could decide (based on a lower, more nebulous standard of proof) that conduct had occurred that might have been the subject of a failed prosecution. Acquitted of terrorism charges? Bad luck, mate, Pezzullo and friends can strip you of your citizenship anyway.

The committee decided not to try to address the issue directly, but ended up limiting its application — it recommended that the provisions relating to conduct that had the effect of automatically stripping citizenship only apply to people offshore, or people who had gone offshore after their conduct here, who are beyond the reach of Australian courts.

That wasn’t the only area where the bill was significantly tightened. The list of offences that can form the basis of revocation of citizenship has been reduced (the absurd inclusion of damaging Commonwealth property, alleged to be a drafting error, has been fixed), and it will only apply to dual nationals jailed for more than six years. The bill will apply retrospectively, but only to dual nationals who were jailed for more than 10 years, and not longer than 10 years ago.

What’s also apparent from the report is the low regard even a government-controlled committee has for Pezzullo’s department, which performed very poorly in the hearings. Apart from the constitutionality question, there’s a section in the bill that bans the application of s.39 of the ASIO Act — that’s a provision that bans any government agency from acting on ASIO information unless that information is a “security assessment”. Why? Because “when citizens receive adverse security assessments from ASIO, they may apply to have the assessment reviewed in the Security Appeals Division of the Administrative Appeals Tribunal”. The committee asked the Immigration Department to explain what looks like a blatant attempt to curb the right of dual nationals challenging the security assessment that has been used to strip their citizenship. That request elicited some classic bureaucrat-speak:

The exclusion of s.39 reflects the whole of Government information sharing arrangements that will underpin the proposed citizenship amendments to support the Minister and the Department of Immigration and Border Protection… The exclusion will ensure that the Minister can give due consideration to the intelligence product derived from ASIO reporting without acting contrary to the operation of section 39.

Huh? Shorter: Immigration: “We’ve excluded s.39 so that we don’t act contrary to s.39.” The committee didn’t buy it, indeed, almost mockingly disagree with the “reasoning” on offer from Immigration, and recommended s.39 go back in.

This is lipstick on a pig stuff, but there’s a lot of lipstick: what started off as a blatantly political exercise to find another national security announceable, one that set off a firestorm of criticism within cabinet, has been heavily amended so that a virtually unreviewable usurpation of judicial authority by the executive is now a process with a number of review points that is going to be much harder to use.

And it’s also given the deputy chair of the committee, Labor’s Anthony Byrne, another opportunity to push his agenda of expanding the powers of JCIS. The Immigration Minister will have to report to JCIS about anyone whose citizenship has been revoked; the committee itself will review the act in 2019, and the committee will have oversight powers over Immigration in relation to the act. So another department now finds itself subject to JCIS, just like the AFP found itself placed under the purview of the committee last year on counter-terrorism matters.

So some good has come from this truly rotten bill after all.

One keeps seeing examples of incompetence in the Department of Border Control, only to be expected when you clear the senior ranks of staff who know something about immigration, settlement and citizenship and where people who don’t like working for a paramilitary organization and have other job options are leaving as fast as they can

Mike Pezzullo is a big D dickhead who has allowed himself to become politicised..

J/B – he didn’t allow it, he has always been a creature of whoever was in power, previously the slithering enabler of O’Connor & Bowen.
So, no loss of principle or silly stuff like that.