By deciding not to recuse himself from the trade union royal commisison, Dyson Heydon is now vulnerable to union attacks. 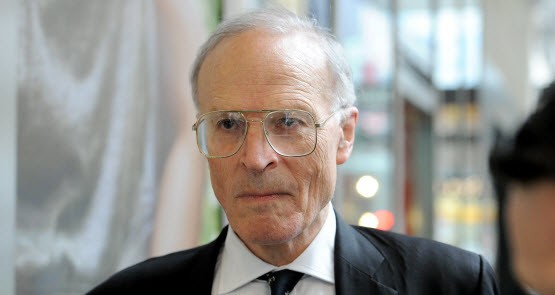 Phillip Street, that metonym for the most expert and expensive legal community in NSW, is understandably still nattering away on the subject of Dyson Heydon’s apprehended bias predicament at the Royal Commission into Trade Union Governance and Corruption. But senior barristers haven’t been inclined to pick too many nits off the detail of Heydon’s 67 pages of self-exculpating reasoning. He’s an acknowledged master of the written law.

Rather, the idle consideration that has been amusing the silks as they shuffle between their chambers and the courts rests on two pertinent issues.

The first relates to Heydon’s position as a judge of his own behavior. By taking unto himself, alone, the task of deciding whether a reasonable apprehension of bias arises from his accepting the invitation to give the Barwick Address, Heydon made himself into his own tribunal of fact. In other words, his decision had to rely on many significant — even crucial — points, on his own truthfulness. We are asked to accept, as fact, and without any corroborating evidence, all of Heydon’s assertions, including those relating to unread emails and attachments, overlooked details, and his inability to operate a computer.

This is what lawyers call an ipse dixit declaration (“it is true because I say so”). Heydon’s facts and version of events are whatever he says they are. And it is on the basis of those unchallengeable facts that he justifies his decision that no reasonable person could apprehend bias from his actions. It is a classic judge-and-jury position, without even having to meet the fundamental test of cross-examination.

The second issue that the Phillip Street barristers are chewing over is more practical: what is the appropriate response for the ACTU and the individual unionists being pursued by the royal commission? This is essentially a political rather than legal question, and it could have awkward implications for the Abbott government.

One school of thought is that the most appropriate move for the unionists would be to do nothing — a policy of non-co-operation. The next witness to be called (and all those thereafter) might feel like writing back to the commission saying they had better things to do with their time than attend a political show-trial presided over by a man who they believe is incapable of recognising his own bias.

In effect, this would be inviting Heydon to jail them for contempt of the commission, thereby guaranteeing the unionists instant front-page martyrdom. Public opinion would, of course, polarise, but the commission — and the commissioner — would be discredited in the view of many voters. The politics for the Coalition of such a potential standoff are ugly.

In many ways the damage to the trade union royal commission’s credibility is now an echo, at the federal level, of the self-hobbling difficulties of the NSW Independent Commission Against Corruption. Over the past year ICAC made so many major mistakes that it is currently consumed by having to defend its own actions. Any real corruption-busting effort has become secondary.

But that is the inbuilt danger for any government that sets up a purportedly independent body to do political dirt-digging against their opposition and its supporters — and for choosing a commissioner it believed was likely to produce the desired result. The biter is soon bit.

And this whole tortured and costly pantomime is unnecessary anyway. If corruption is a criminal offence, why not let the criminal law deal with it? 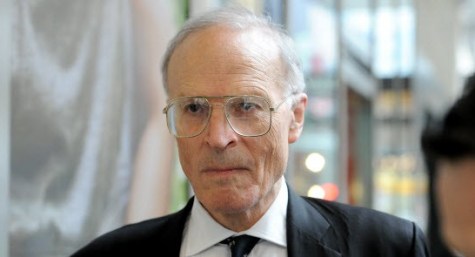 Dyson Heydon’s bad memory and the trashing of the institutions

Existing in his rarified sanctum, it’s little wonder he has so little apprehension of what “an apprehended bias(?)” looks like – to those “down here” – let alone what they taste like?

David – comment on your final sentence? EXACTLY!!
An unnecessary and costly farce from the beginning. What have we got several police forces and crime busting organisations for?
And then there is the other question – how can a union or its representative be corrupt if the other party (business or individual) does not agree with the arrangement being put? In other words, it takes two to tango….Yes?

Arise Sir Dyson is no doubt the dangling carrot..

If it were me I would refuse to appear, what would the sentence be? Prison time would give any union rep, street cred, surely.