‘We were blindsided’: books industry demands to know next plot twist

A group of literature organisations has written an open letter to Arts Minister George Brandis, claiming they have been shut out of consultations for an books industry council announced last year. 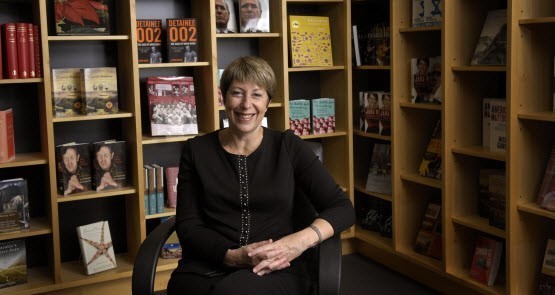 It was a warm December night. Prime Minister Tony Abbott was hosting the Prime Minister’s Literary Awards. He’d been unusually involved in artistic matters: the PM was later revealed to have intervened in the jury’s fiction prize recommendation, overturning the jury’s decision to give the fiction gong to Stephen Carroll’s A World of Other People.

But beyond the matey passive-aggression on show between Abbott and the winner, Richard Flanagan, Abbott also had a significant announcement to make: the government was setting up a new industry body, to be called the Book Council of Australia.

“It will strengthen the sector’s capacity to respond to rapid change brought by new technologies,” Abbott explained. “Members of the new Book Council of Australia will be drawn from a wide range of literary and industry organisations.”

We later found out, in something of a precedent, that the $6 million over three years announced for the Book Council would come from the Australia Council’s budget.

That was December. Since then we’ve seen plenty of action in cultural policy. Arts Minister George Brandis has launched a crippling raid on the Australia Council for the Arts and set up a new funding body called the National Program for Excellence in the Arts.

But we’ve heard nothing about the Book Council of Australia. No board has been appointed. No CEO has been advertised for. No offices have been rented. No phone calls have been returned.

About all anyone knows for sure is that prominent Melbourne publisher Louise Adler will be the body’s first chair. This news dribbled out in Senate estimates, where it was also revealed that Adler had lobbied Tony Abbott personally over the new industry council.

Industry figures who have inquired about the Book Council, including Melbourne Writers Festival director Lisa Dempster, have either been rebuffed or simply ignored.

Now a group of Australian writing organisations had had enough. They’ve written an open letter to the Arts Minister asking for details of what’s happening.

“The Book Council of Australia (BCA) was announced by the Prime Minister Tony Abbott in December last year. We agree with the statements made by the Prime Minister on its announcement that books are vital to our culture and to our identity, and we are heartened by the Government’s commitment that this new body will ensure Australia’s literary sector and its writers are strongly supported.”

“Nearly eight months later, however, it remains unclear what the Council will do, how it will run, who will be invited to contribute to both its strategy and operations, and how the $6m allocated to its funding will be attributed.”

“There has been no visible consultation with the industry to date and any proactive enquiries into the policy and strategy behind the Council have gone largely unanswered.”

The writing organisations want in. “We write to express our wish to contribute to the formation, structure, purposes and activities of the BCA and to note our concern with the lack of consultation on this matter to date.”

The signatories include a large swathe of Australia’s literary community and publishing industry, including the Melbourne and Brisbane Writers Festivals, Scribe, the Australian Literary Agents Association, the Queensland Writers Centre and Writers Victoria, and a number of literary magazines including Overland, Island and Griffith Review. Collectively they claim to represent 25,000 writers and “hundreds of thousands” of readers.

“This is kind of an important letter for literature as a whole. We need to start standing up for ourselves. It’s on us to come together and speak for $6 million that has been left dormant for eight months. Public programs aren’t going to happen for the next two years without that money moved.”

The Book Council uncertainty adds to considerable concern in the writing community about the impact of Brandis’ Excellence raid. Smaller publishers, particularly for poetry, fiction and serious non-fiction, are under the gun, with the expectation that the subtraction of more than $105 million in Australia Council funding will lead to big funding cuts. Some small publishers will be unviable without Australia Council support.

There are also the usual problems of herding cats in a highly disparate and contentious industry. Booksellers, publishers, writers, agents and festivals are all jockeying for position in a time of massive structural change. Looming over all is the long shadow of Amazon, which has inexorably built an unassailable position in Australian digital book retailing, and which the publishers (let alone the small booksellers) have little power to combat.

Back in December, the Book Council was expected to draw on the final report of the Book Industry Collaborative Council, a Labor initiative that was set up to deal with the pressing challenges of digitalisation. As the BICC’s report makes clear, the domestic industry is at the crossroads, perhaps even in danger of collapse.

Sources inside the book industry tell Crikey that the terms of reference for the new Book Council have already been set, and are sitting with the Arts Ministry. But nothing has been announced publicly.

A meeting of the successor body of the Book Industry Collaborative Council, still chaired by David Throsby, met in April. But at the time, no warning was given of the impending Australia Council funding cuts.

The Australian Literary Agents Association’s Jacinta di Mase told Crikey that those involved in discussions with the Arts Ministry didn’t know about the funding cuts to the Australia Council. “I was at the Literary Awards when the announcement was made, but the kicker was that $6 million would be taken from the Australia Council, which none of us knew would be the case. We were blindsided by that.”

“Our frustration with the BCA is a lack of any real influence in the process, even though there are industry professionals involved,” she told Crikey. “We’re in September and the money was promised in late December last year. We keep being told it’s in the Minister’s hands. If we’d known about the massive funding cuts, I think we would have lobbied for different terms of reference.”

The influence of Louise Adler continues to be highly controversial behind the scenes. A powerful figure with peerless political connections, Adler is close to senior figures in both Labor and the Coalition. In addition to her exploits publishing the memoirs of figures such as Peter Costello and Mark Latham, she is chair of the Australian Publishers Association and is currently chairing the review of Victoria’s cultural policy for Victoria’s Creative Industries Minister Martin Foley.

But Adler is also a competitor to many of the publishers the Book Council would supposedly represent, a clear conflict of interest that has been acknowledged by neither the ministry nor Adler herself.

Crikey contacted the Ministry for the Arts and Louise Adler for comment about the open letter. Neither returned our calls and emails.

Furthermore, Adler strongly opposes electronic publishing and open access, which is exactly the opposite of ‘strengthen[ing] the sector’s capacity to respond to rapid change brought by new technologies’.