Rundle: the right are finally abandoning their nutty sceptic stance

Conservatives are finally departing their "climate sceptic" policies, because you can't hold out against science forever. 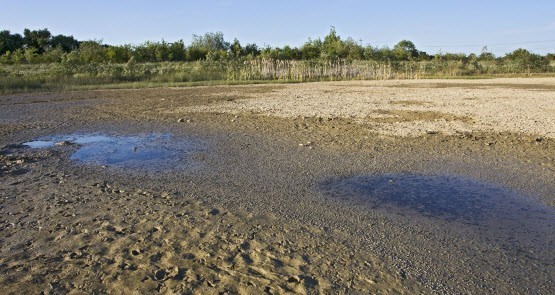 Though it has taken a long time to do so, the climate change debate is slowly turning against the climate change denialists on the right. Denialist is an ugly word in many ways — your correspondent preferred “irrationalists”, but it never took off — but there is no other word for them. They divided easily into several groups: first, the purely corrupt, duchessed by the Heartland Institute and other fronts, undistinguished scientists in late career who wanted fees, first-class flights to conferences, and maybe a bit of attention. Some of these people — gahhh, men, they were practically all men — should have been dismissed from the education institutions that employed them and even faced civil suit for concealing fees.

Second, there was the awkward squad: scientists in areas around climatology, usually in their late 50s or 60s who got a bee in their bonnets, for whatever reason, about the global scientific uprising about climate change, and focused on one or other anomalous piece of evidence, and expanded that into a general “scepticism”. Many seemed to identify with science that centred on imposing human will on the Earth, blowing up big stuff, etc, and to feel hostile to the new green science of planet systems management, and the rising breed of scientists enmeshed with it.

From this group, often rather pathetic, eccentric types, there sprang a third group: the denialist political right, operatives and ideologues who needed to believe that climate change wasn’t happening. Some were deeply invested in the Promethean myth that gives capitalism a meaning beyond mere trade — that there is no outer limit to growth. Former Thatcher chancellor Nigel Lawson is one example. Nick Minchin is another. Some of this new squad were simply rightists with no positive belief of their own — they gained a political identity by defining themselves against the left, usually in a somewhat resentful and put-upon way. Many have now lapsed into tactful silence. Those that haven’t, have become truly unhinged.

Does this mean that this third rank were simply dishonest and cynical? Quite the contrary in many cases. They demonstrated the occult process of “ideology” in modernity, the way in which it will tell you that everything you believe about the world is true and reshape your view and selection of evidence accordingly. Climate change denialism thus brought together farmers, who believed in some concrete kinship with the ever-changing (but never really changing) seasons, with businesspeople, who believed that nothing they were doing individually on their own behalf could be self-defeating or undermining, with political rightists, who believed that the political philosophy they picked up in their teens was right, and no further reflection was required.

Trouble is, over the 30 years since the “greenhouse effect” appeared to the wider public, the world of the individual farmer or bourgeois has shrunk, as the world has become a place of global interlocking systems to be managed. Much of the value “contained” within capital is post-capitalist, in a way that Engels described well in his 1890s writings — the system’s successor is growing in its belly, just as capitalism grew in the feudal merchant towns of the 1500s and 1600s. Everything is standardised, interconnected, dependent on intellect as capital, on endless human capital training and retraining. Since 2008 and the massive financial sector bailouts, planetary systems management has been the only game in town. That’s why the Liberal Party is being dragged under by its “conservative” (i.e. reactionary fantasist) wing, while the Greens, having undertaken a generational shift of leaders and projection, are now taking Liberal Party seats.

It is this, more than anything, that has prompted the slow but steady retreat of the denialists. The most obsessive, like Andrew Bolt et al, are either performing or are wrapped up in a fantasy essential to their psychological continuity and coinciding with their public political role.

Some on the right have retreated to a modified scepticism, seeking out a plausible approach. One such is Tom Switzer, who published a lot of pretty crude denialism in the Oz Spectator, but who now takes a far more circumspect line. Here he is from Q&A this week:

TOM SWITZER: The broad cross section of conservatives, at least in this country, accept the broad science that there is a connection between carbon emissions and warming of the planet. I think there’s a general consensus about that. Where they would disagree is about the level of uncertainty. You know, we all sound like pub bores talking about this subject but it is worth reiterating the IPCC models that predicted that as the carbon emissions would sky rocket as they have during the course of the last 20 years, that would coincide with sky rocketing temperatures. Temperatures are going up but they’re going up marginally. They’re not in accordance with the model. So, this is where the doubt comes about. It’s not denial. It’s just healthy scepticism.

This is of course, bollocks. Global temperatures have risen by 0.5 degrees over the last 30 years, and in line with the rise in CO2 emissions and concentration. That is only “marginal” if you compare to overall temperature — a figure like, say, 20 degrees — rather than the volume of difference. That is to say, we know that a rise of 3 degrees will have huge effects, 4 degrees or more catastrophic — 0.5 degrees is one-sixth of the way there, in a third of a lifetime. Compare “marginal” and “change volume” figures in body temperature, which sits at 37 degrees. A 1-degree change is “marginal”. It is also 50% of the journey to hypothermia, which starts at 35 degrees, and can be fatal. IPCC projections of temperature rise have been highly accurate (as this data ensemble shows), by predicting a uniformly rising (but variable) trend.

So Switzer and others, desperate to create a rear-guard action, use such mishandling of statistics to create what they call “healthy scepticism”. It isn’t. It’s an irrationalism, which has nothing to do with scientific method. The implicit idea of such “scepticism” is that all scientific proof must mimic the form of sensory proof, i.e. that some direct and visible relationship between two entities — a rise in CO2 and a rise in temperature, i.e. energy between air and other particles — must be established for it to be “true”. Until then, doubt — and a policy arising from doubt — is the “rational” approach.

This is, of course, bollocks. Karl Popper — a writer the right used to read and pay attention to — established the point that science works by falsifiable hypotheses of ever-greater simplicity and predictive powers. Theories about matters of imminent life, death and disaster, which show strong correlation — i.e. the graph of CO2 rises and temperature rise matching exactly (unless you take a 10-year sequence at any given point along a 500,000-year range) — can only be falsified by a) showing that an entirely other process is occurring; and b) that it either generates such a correlation as an appearance of causality, or that it is an extraordinary coincidence. In other words, scepticism ain’t enough, where a material relationship has been strongly established. The onus is on the doubter to propose a whole extra layer of embedded (and hidden) causality, or to accept wild coincidence as preferable to a predicted relationship, based on known effects (such as CO2 on heat).

Thus, what Switzer is doing isn’t scientific, “healthy” scepticism. It’s formal scepticism, quite a different thing — the radical anti-epistemological position of someone like David Hume, taking the Cartesian method to its extreme conclusion. It’s not how science works, including all the science that Switzer, or anyone, relies upon in everyday life, from walking across bridges that stay up to taking pills the doctor tells you to take. The broad cross-section of “conservatives” — i.e. hack pollies and opinionistas who scraped together a pass in Commerce — who doubt the connection between human emissions and warming do so by grabbing onto this bogus scepticism, rather than poring over the evidence. People like Switzer spruik it without really understanding it, nor having a desire to. Give it another three major scientific findings, and he’ll peel away, too. The loonies will remain, waving their five-year graphs around, but the “healthy sceptics” crowd will have to do a mea culpa. I’d give Switzer another 12-18 months before he does the ever-popular double-pike, the “I was wrong” article in the Inquirer section, trying to gain a few points from resolute honesty blah blah, i.e. having no alternative. October ’16, I’d say.

But that’s just a forecast.

Balance without judgement: your ABC

That’s if we can’t retreat to a cooler place. There is a risk that the Tropics will reach that point too often for agriculture. Currently, Javanese farmers work in the open throughout the day. When they start taking siesta, it will be significant.

Thanks Guy – the keyword as ever is “doubt”. Many are familiar with the Oreskes book, but I can also recommend “Doubt is their Product” that looks at wholesale doubt on practices that affect worker’s health in various industries (tobacco, dyes, microwave popcorn!). Formal scepticism if you will, for clear monetary gain.

I think though you missed the largest silent majority of right-leaning folk who, old or young, listen to unhinged talkback radio, perhaps less educated and possibly enlarged by various fossil fuel industries or mining and are sympathetic to anything anti-green. And I’d wager the majority of any young male wannabe-steroided-Sterosonic-alpha lends a sympathetic ear to LDP’s policy that elevate “freedom” above survival. All these folk too as the least likely to abandon their views but still inflict themselves upon us at the ballot box.

And what about Comb Over Newman? He’ll go down with the ship I reckon

The point is a good one, but Rundle needs to shorten his epistles. Not to suit the instant gratification, negligible attention span needs of generation whatever we are up to, but to focus his arguments. I’ve more time than many and a famously long attention span, but always start skipping or drifting off before the end.

The damage however may already be done..it won’t be mea culpa the next irrational phase is to mitigate the argument and tell us all that its irreparable and that a Godotlike technological fix is our only salvation..