The Victorian state government has shown the foresight and courage to rid schools of an insidious evangelical influence, writes teacher Chris Fotinopoulos. 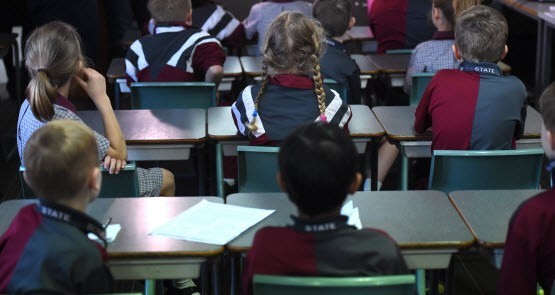 The Victorian state government recently announced that it would replace special religious education with a new curriculum that teaches Victorian students about rationalism and secular humanism, as well as the world’s five major religions.

What’s more, students undertaking Bible studies through organisations such as ACCESS Ministries, which trains 96% of Victoria’s state school religious instructors, will now have to do so at lunchtime, before and after school. This will free up valuable class time to teach students about a range of belief systems, religious and non-religious, as well as world histories and ethics.

The decision was applauded by parents and Dr Meredith Doig, president of the Australian Rationalist Society, who said: “In our globalising world, this makes sense. This is about opening young minds to the reality of our multicultural, multi-faith society. It’s good to see Victoria taking the lead on this in Australia.”

The significance of this curriculum shift is best appreciated in the historical context of the global evangelical movement and its incursion into Australian public schools.

As any marketing executive knows, arresting the decline in a flagging brand requires planning, rebranding, and an effective business strategy. And there is probably no group that better understands this than evangelical marketeers.

It was particularly understood by the charismatic evangelical Reverend Billy Graham, who in 1974 brought 2700 evangelists from more than 150 nations to the Congress on World Evangelization at Lausanne, to sign the Lausanne Convent, which called for “imaginative pioneering methods’’ and “the development of strategies for world evangelisation.”

This marketing initiative is echoed in the Lausanne “Occasional Paper” No. 47, Evangelization of Children (2005), where it suggests ‘‘that children are more open and receptive to the gospel than at any other time in their lives,’’ adding that ‘‘between the ages 5 and 12, lifelong habits, values, beliefs and attitudes are formed. Whatever beliefs a person embraces when he is young are unlikely to change as the individual ages’”.

The covenant that was signed in Lausanne 41 years ago continues to impacts on Australian children who attend schools that source religious instructors from ACCESS Ministries for the plain reason that the former ACCESS chairman (2006-2013), Bishop Stephen Hale, is an adviser to the Australian Lausanne Committee.

More significantly, Bishop Hale was chairman of ACCESS Ministries when Dr Evonne Paddison was appointed ACCESS chief executive (she resigned the post in July last year). Paddison is renowned for telling a 2008 conference in Melbourne that ‘‘we need to go and make disciples’’ and that ‘‘without Jesus, our students are lost’’.  She also stressed the need for a ‘‘strategy’’ to reach the ‘‘market’’ of 3.5 million children. This is how modern evangelicals have been selling their brand of Christianity.

And they specifically do so by seeking to reach Australian children by authorising teaching material such as the Surfers Bible, which was distributed in Victorian schools, and removed after parents and teachers complained to the education department. According to the Surfers Bible website, this “regular modern translation of the Bible, along with great personal stories from well-known surfers” seeks to reach those whose who do not attend church. It adds, “Instead of trying to get surfers to church, Christian Surfers aims to get the church to the surfers” — and presumably primary school pupils with the aid of ACCESS-trained volunteers.

Some parents may be comfortable with their children receiving special religious instruction from an organisation that shares its values and zeal with evangelicals. But what needs to be understood is that ACCESS Ministries is not a harmless little parish initiative that enlists the services of the local Sunday school teacher to read Bible stories to children. It is a formidable global evangelical operation that promotes, through its leadership, expressions of evangelical Christianity.

We’ve legislated against monopolies in business, but what about a monopoly on morality? The leaders of ACCESS Ministries and its evangelical affiliates have consistently failed to appreciate that morality and decency are not restricted to scripture. Goodness is not confined to the pages of the Bible. Ethics is not the exclusive domain of religion.

Control of 96% of special religious instruction volunteers in Victorian schools by ACCESS Ministries is just as much an affront to Australia’s pluralistic secular values as any religious or non-religious organisation, be it Islamic, Hindu, Buddhist, Jewish, rationalist or secular humanists, seeking a similar monopoly.

Parents are owed transparency. They have a right to know what their children are being taught in school.  More importantly, their children have a right to alternative worldviews, faiths, cultures, ethics and secular perspective being taught to them. Yet, for some reason, media and political attention has been directed towards confected moral outrage, as seen in NSW after the state government banned the film Gayby Baby in schools.

At least the Victorian state government has shown the foresight and courage to rid schools of the insidious evangelical influence that has bedeviled state schools, replacing it with education about building respectful relationships, understanding global cultures and traditions, recognising and preventing family violence, and appreciating and understanding diversity.

As Doig said, “parents and experienced leaders in the Christian community believe this is an appropriate step. They have recognised that for too long, when it comes to religion, the evangelical tail has been wagging the mainstream religious dog.”

Chris Fotinopoulos is an ethicist who teaches philosophy at a Victorian state secondary college.

How the evangelicals converted Rob Hulls

Such a remarkable outbreak of sanity and common sense from the Vic Govt.
I’d almost forgotten what good Govt looks like.

This is a great decision and way overdue. If you want your child educated in whatever religion you follow, send them to a school of that brand or take them church. Our state schools were originally set up to be secular and should remain so.

Good article and comments.
This move should be adopted by ALL state governments in Oz.
Now we just need to get rid of those pesky ‘chaplains’ and employ professionals who can actually help troubled children in schools!

It’s finally happened. Congrats Victoria. We requested an alternative when our (now grown up) children were in primary years 1-3, but it was just not possible. I thought it was odd that because they weren’t from a religious family, they were expected to waste half an hour of school time. The RE teacher took ‘pity’ on them sometimes and gave them an arrowroot biscuit to decorate with lollies and icing. The daughter of the RE teacher told one of my children ‘God is going to pick you up and throw you out of the sky’. We survived, but it seemed ludicrous. This was after we had tried RE for a year having listened to the class teacher’s assurance that ‘it’s not really religious – more like social studies’ – but when they began bringing home work sheets that said, e.g. ‘he who does not question is especially blessed’ and a door hanger with praying instructions, we thought differently. In our school in Qld the class teachers valued that period when RE teachers took over because they could use the break for much needed planning time – you can see how the system works.

Vic bursts through to the 21st – when will tuthers find the courage?
Not NSW under the god bothering baird.