TPG is making iiNet more like itself, overseeing an exodus of executives and putting a freeze on new spending. 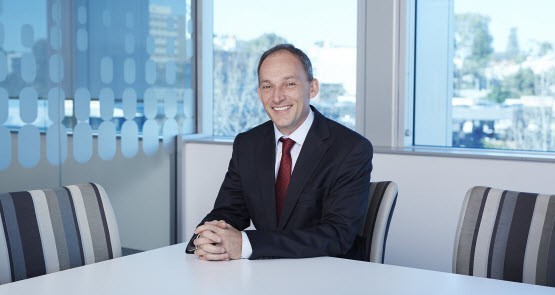 For all its promises about keeping iiNet as the internet provider its customers love, TPG is already making substantial changes to its new acquisition.

When TPG announced its intention to purchase rival internet service provider iiNet for $1.5 billion, many were concerned that TPG — known for its no-frills, cheap-as-chips broadband and lacklustre customer service — would look to slash costs at iiNet and change its well-renowned focus on customer service.

TPG and iiNet’s board made the case that this would not happen, because TPG would want to retain iiNet as a “premium” brand.

“[TPG is] paying many hundreds of millions of dollars for a customer group and a company that has been very successful in winning and keeping customers through service,” then-iiNet chairman Michael Smith told journalists in May.

“It’s like Volkswagen buying Porsche — if you tried to turn Porsche into a Volkswagen, you would destroy the brand. If TPG didn’t run iiNet like it has been run in terms of its capacity to deliver service and attract customers because of that brand proposition, they’re placing at risk the amount of money they’ve paid — the significant premium.”

But, shortly after iiNet ceased trading on the Australian Securities Exchange in late August, there were already signs that the old iiNet was gone. The company iiNet — referred to as iiBorg in the industry, in reference to its Star Trek villain-like capacity to quickly assimilate other entities — now finds itself being assimilated. TPG has quickly began making its presence in the company felt, and it is already making a number of changes. Firstly, TPG ordered iiNet to stop selling its Fetch TV product, with the company planning to offer its own streaming TV product instead.

CEO of iiNet David Buckingham then left the company at the end of last week after only a year at the helm, and it was reported last week that four iiNet non-executive directors — Peter James, Louise McCann, Patrick O’Sullivan and Paul McCarney — also resigned as directors of iiNet the day after iiNet ceased trading on the ASX. In their places the company has installed TPG’s chairman and CEO David Teoh, TPG’s CFO Stephen Banfield and non-executive director Shane Teoh (son of David).

None of the changes have been communicated to iiNet staff, something insiders suggest is unusual for iiNet and more akin TPG’s infamous style of management. Rumours have flown around about more executives from iiNet were leaving the business, including chief operations officer Maryna Fewster and chief financial controller Ben Jenkins, but an iiNet spokesperson denied this, telling Crikey both were still in the office.

Crikey understands that while TPG is not cutting costs in iiNet, it has put a halt on any new spending by the new subsidiary. Neither iiNet nor TPG would confirm this to Crikey.

This week, TPG chief operations officer Craig Levy issued an internal communication to iiNet staff (since provided to Crikey), which attempted to alleviate staff concerns about the changes being made, but did not specifically refer to any changes made in the week.

“As with any acquisition, change is inevitable, and we will endeavour to keep everyone updated on any significant happenings over coming months. Be assured both iiNet and internode brands will be retained into the future as well as our call centre operations,” Levy told staff.

Levy has not responded to a request for comment.

The statement suggests TPG may be thinking about ditching some of iiNet’s other legacy brands, including Adam Internet and Westnet. The latter has been retained for a number of years because of its popularity with older customers in Western Australia.

Yesterday Australian Competition and Consumer Commission chairman Rod Sims defended the regulator approving the takeover, despite the fact that it reduces the number of medium-to-large ISPs in Australia from five to four. TPG will become the second-largest supplier of broadband at 27% of the market, compared to Telstra at 41%, and Optus at 14%.

Sims told the Australian Communications Consumer Action Network national conference in Sydney on Tuesday that the takeover would not substantially reduce competition in the broadband market.

“The question is: where does the ACCC draw the line? Should it have drawn a line in the sand with respect to the TPG-iiNet acquisition, or will it be the next transaction? The answer is not black and white. There are shades of grey, but we are now extremely close to the line as things stand today,” he said.

“In the TPG acquisition, the ACCC concluded that the removal of iiNet as an independent competitor would lessen competition in the relevant markets, but not substantially, which is the test to breach the competition law. We took comfort that TPG would continue to face three major competitors after the acquisition. Clearly, we would have no such comfort in the case of any subsequent proposed acquisition involving any two of Telstra, Optus, TPG or M2, as things stand.”

Business bites: meddling in the dark pool … Woolies plays it cool … TPP could be cruel …

Bloody awful decision to allow this through – as usual the big end of town gets what it wants and bugger everyone else. As a long standing iinet customer, I am still waiting for notification of the takeover and what it may mean to iinet customers – very poor communication.

Such an appalling decision. We’re now left with three major ISP’s, who *all* have well deserved reputations for crap treatment of customers.

I joined up with iinet not very long after the boys left the garage and got a proper office. As the money trial turned to buying out smaller players iinet’s service got worse. I left and joined Westnet. That ISP had a culture of real service. Then they got swallowed by iinet and things eventually took a down turn. Still pretty good evn with a support call centre in NZ ( not Subiaco where if you knew which window to to peep into, you could see people at work)

Now? SusieQ has it: bugger the customers.

Telstra tried to take over Adam Internet in 2012 before the ACCC rejected it and iiNet grabbed them. So it not okay for No. 1 to take over No. 15 (or whatever Adam was ranked in 2012) but it is okay for No. 2 to take over No. 3 and for no. 4 (or what ever iiNet was ranked in 2012) to grab no. 15? I guess we’ve got Australia’s latest four pillars oligopoly and given the way that online streaming is going (UP) and traditional TV is going (DOWN) they’ll be making some healthy profits into the future and Australian’s will be the poorer for it (both in the pocket and in innovation).

I have been connected by ozemail – now iinet – since 2005. Whenever I had a problem and rang for support, if the wait would be more than a few minutes, I was invited to leave a phone number for a callback. This no longer happens and we all know the unnecessary tedium of waiting for ridiculous lengths of time for a response from a call centre. Highly inefficient and not good at all.
When I finally get connected by NBN I shall review my ISP options.