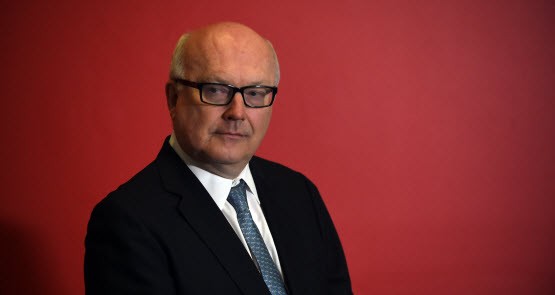 Telcos already crying poor over the miserly sum the government had promised in compensation for expensive new mandatory data retention systems are now finding the government is going to eat up millions of dollars of that funding through administrative costs.

Telecommunications companies have estimated that the cost to set up systems to store customer data  for two years, as required under the scheme for access by government agencies without a warrant, will cost $319 million minimum. The government made a peace offering to the industry in May by announcing it would contribute $131.3 million to pay for these new systems.

“This is a substantial contribution that will reduce the cost burden on Australian telecommunication businesses while substantially improving the availability of data to assist law enforcement and security agencies in investigations,” Attorney-General George Brandis said when announcing the funding as part of the federal budget in May.

While this “substantial contribution” was less than half the estimated cost suggested by industry, telcos have come to the table anyway and have been working with the department to develop implementation plans to begin setting up the systems over the next 18 months. But sources close to the negotiations between the government and the industry have told Crikey that the AGD is planning to keep close to $3 million of the $131.3 million in funding for “administrative costs”.

A spokesperson for the department confirmed there would be administrative costs, but would not say exactly how much.

“The government has made a substantial contribution of $131.3 million to support the capital costs of implementing data retention. This includes an allocation to administer the scheme, consistent with other programs of this nature,” the spokesperson said.

“The government is working closely with the telecommunications industry on implementation.”

Brandis’ office did not respond to a request for comment.

The Attorney-General’s Department confirmed in a response to a budget estimates question on notice last month it was going back to the drawing board to work out the actual cost for the scheme.

The funding that has been provided to the industry will help the telcos develop “efficient and innovative solutions”, the department says.

When the telcos get something from the government to cover the extra costs or not, they will monetarise all the data they are being obliged to keep by selling it to advertisers & conglomerators.

Not surprising, Josh, to find a Capitalist Enterprise such as Crikey upset about costs being placed on the Capitalist Empires, but please why not try to find the time [and resources?] to champion more ethically-deserving causes in future?

Realistically though Norman, if the government wants telecommunications companies to store our data for 2 years, the government should pay for the storage and maintenance of said data.

This of course raises the question of the economics of mass surveillance, can it be proven that spending hundreds of millions of dollars to collect this data will actually prevent terrorism and provide a net benefit to the economy and society?

The experience of Belgium which last year repealed a similar mass surveillance scheme suggests that there is no provable security or economic benefit from the scheme, that it in fact causes would be criminals and terrorists to go further underground. It’s an unjustifiable government expenditure that is as much an invasion of privacy as it is uneconomical and impractical.

The defenders are so blinkered by a zeal for national security that they fail to prove any real basis for this draconian legislation.

Max, if the private companies can’t pass on costs to the Governments, they’ll be far more likely to pay attention to minimising those costs.
I’d suggest that in the world today it makes sense to try to keep ahead of those — and their numbers aren’t insignificant — who want to harm Australian interests. One can’t quantify precisely what these measures will achieve, but this is true of any such actions Governments take.
Whether or not Belgium’s efforts were as good as they should have been is irrelevant, and in fact it may well be that the lessons drawn from Belgium could mean we do a better job than if we didn’t have that programme available as a guide to what we do. Doing nothing until all the facts are known has one sure outcome. One ends up never doing anything of significance.