Defamation costs Fairfax half a million

It's been a bad week for Fairfax and its lawyers, with two defamation cases going against it. 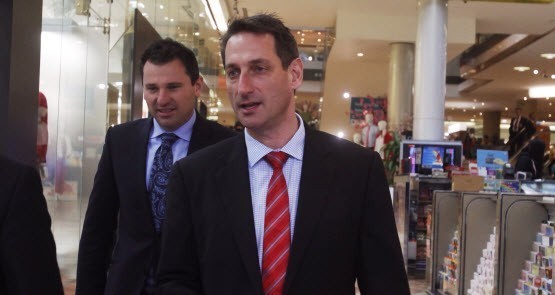 In the past week, Fairfax has accrued defamation costs and penalties of half a million dollars, not counting legal fees, after coming to a settlement with New South Wales former treasurer Eric Roozendaal and losing an appeal against a hefty $350,000 payout last week.

In a settlement lodged with the Federal Court yesterday, Fairfax has agreed to pay Roozendaal $150,000 as well as his legal costs.

The payout came after several Fairfax reports repeated claims made in the Independent Commission Against Corruption about Roozendaal — namely, that he had acted on behalf of former mining magnate Nathan Tinkler to undermine Jodi McKay’s election campaign at the 2011 state election. ICAC’s final report on the matter has yet to be released. While claims made during ICAC proceedings are legally privileged (ICAC appears on a schedule of government bodies enjoy absolute privilege, leading to qualified privilege for reporters for the purposes of defamation*), Crikey understands Fairfax’s reports stated allegations made during ICAC as fact, rather than as contested claims. Because of this, Fairfax did not argue a privilege defence (its early defence in court was that the claims did not have the imputations Roozendaal claimed they did).

“Fairfax has acknowledged its error in reporting on this matter, and it is important that I have been vindicated and that the record is now corrected,” Roozendaal said in a statement. Crikey contacted Fairfax about the settlement but did not receive a response before deadline.

It’s the second legal matter to go badly for Fairfax in a matter of days. Last week the media giant lost an appeal against a $350,000 penalty applied for the defamation of Sydney schoolteacher Melinda Pedavoli, and the burden of both parties’ appeal costs was added to the hefty penalty imposed by a court in November.

Fairfax appealed on four grounds in a bid to reduce the damages. Each of those grounds for appeal were dismissed last week by the New South Wales Court of Appeal, which agreed with the initial finding of very serious defamation.

Pedavoli brought the case last year after a Fairfax wrongly identified her as a schoolteacher at Jesuit private school St Aloysius’ College in Sydney who had been dismissed due to “inappropriate relations” with a number of year 12 students.

Fairfax did not know who the teacher dismissed was, but journalist Kate McClymont told Anne Davies, The Sydney Morning Herald‘s investigations editor, that she had heard the teacher in question was a 29-year-old English teacher. Online investigations led Davies, who in 2002 won a Gold Walkley with McClymont, to guess the teacher might be Pedavoli, an English and drama teacher of the right age. The school’s principal refused to identify the sacked teacher, but after speaking to him, Davies called the school’s switchboard and asked to be put through to Pedavoli. When an operator said she would put her through, Davies realised that Pedavoli hadn’t been sacked, and so couldn’t be the teacher in question, but hung up before speaking to Pedavoli.

The article printed on pages 2 and 3 of the SMH and published prominently in the iPad edition on January 31, 2014, said Fairfax “believed” the teacher was in her late 20s and taught drama and English. This description ruled out the teacher who had actually been sacked following the investigation. Pedavoli was both the only teacher to teach English and drama at the school and also the only female teacher in her late 20s. Because of this, the initial judgment found, Davies had led readers to assume Pedavoli was the teacher who had been sacked, even though she knew that not to be the case. The judge also took aim at the fact that Davies did not speak to Pedavoli, saying a conversation could have shown she was the only one who fit the description at the school. “It beggars belief, in my view, that the newspaper proceeded to publish the article including details known to identify Ms Pedavoli after the journalist had made a deliberate choice not to speak to her,” the judgment by Justice Lucy McCallum reads. “Whilst I have some sympathy for the difficulties faced by investigative journalists, the approach on this occasion was unjustifiable, in my view.”

Once alerted to the case of mistaken identity, Fairfax quickly amended, then entirely removed the article online, and upon receipt of a legal letter from Pedavoli’s lawyers tried to reach a settlement. When this failed, the company’s legal defence rested on a relatively novel defence of a valid offer to make amends. This offer consisted of a printed and public apology and a $50,000 settlement. Pedavoli rejected this settlement, and at the trial in November, the judge found the settlement was insufficient for the gravity of the defamation, thus meaning there was not a valid offer to make amends. “The seriousness of the defamation could scarcely be any worse,” the original judgment read.

Last November McCallum awarded Pedavoli damages near the absolute statutory limit in New South Wales, which is $366,000. Fairfax argued in its appeal that the defamation shouldn’t be considered as grievous enough to warrant the extraordinarily high damages, but this was rejected. Fairfax’s counsel also argued the original judge had erred in saying the article conveyed the imputation that Pedavoli was a sexual predator, that the publication had implicitly invited readers to guess the identity of the teacher concerned, and that critical cross-examination of Pedavoli had “exacerbated the hurt” caused by the original publication. Each of the grounds for appeal was dismissed.

*Correction: An earlier version of this report said journalists reporting on ICAC enjoyed absolute privileges for the purposes of defamation. But they only enjoy qualified privilege.