‘There is no strategy, no blueprint’: conviction could curtail Greste’s movements

What now for Peter Greste and his Al Jazeera colleagues? 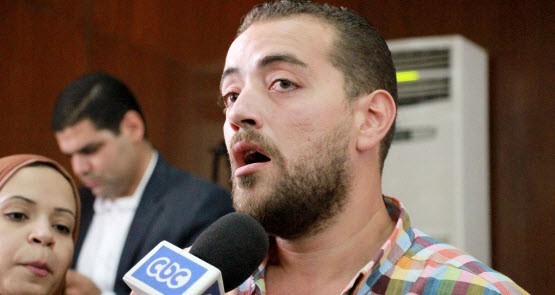 Peter Greste’s lawyer has called on Egyptian President Abdel Fattah el-Sisi to pardon the Australian journalist and his two colleagues, sentenced to three years’ prison on Saturday at the long-awaited (and much delayed) conclusion of their trial.

“This was a really political trial, and a completely fraught process,” Gilbert + Tobin partner Chris Flynn told Crikey. “The president now has a real opportunity to correct this injustice and right this wrong for all three journalists. The whole world is watching.”

Now that the trial is concluded, all three convicted Al Jazeera journalists have a legal right to appeal. But it’s not clear whether this is practically possible for Greste, as he is barred from returning to Egypt. Flynn says he’s working with Greste’s Egyptian lawyers to try to exercise this right of appeal, if possible. Greste was expelled from Egypt and barred from returning by presidential decree in February. At Saturday’s trial, he was convicted in absentia, after the court rejected his attempts to appear via video-link to argue his case.

“Though the president had removed Peter from jail and expelled him according to Egyptian law, the Egyptian criminal justice system put Peter on retrial, and tried him after he’d been removed,” Flynn said. “So here we are with Peter having been denied the most fundamental human right in any criminal justice system, which is the right to defend yourself.”

One practical concern for Greste arising from the conviction is a fear he will be deported to Egypt if he passes through any of the countries with which Egypt has a formal extradition treaty. Egypt does not publish a register of all these countries, which has made life tricky for Flynn and the rest of Greste’s legal team. But countries it does have extradition treaties with include the United States and a number of Gulf and north-African countries Greste has worked in in the past.

That said, Egypt’s lack of extradition treaties with many countries does not prevent it from requesting someone with a conviction be extradited to serve out a jail term, Flynn notes. Earlier this year, Egypt sought the extradition of high-profile Al Jazeera English journalist Ahmed Mansour from Germany, with which it does not have an extradition treaty. Mansour had been convicted in absentia of torturing a lawyer during the 2011 revolution (a claim Mansour denounced as “absurd” and “fabricated”). After Egypt issued an international arrest warrant for Mansour, German police detained him as he was about to board a flight to Doha in June. He spent two days in jail while Germany’s highest court decided whether to grant the extradition request — and was eventually released.

Any extradition request for Greste, Flynn noted, would have to go through Egypt’s Attorney-General. Under present circumstances, it’s hard to see such a request being made — there is a considerable rift between the Egyptian judiciary and regime about how to proceed over the Al Jazeera case. However, Egypt’s political situation is rapidly shifting and somewhat unstable, meaning Greste, a foreign correspondent, would be taking a risk leaving Australia to do his job.

Amro Ali, a Middle East analyst and PhD researcher at the University of Sydney, says Egypt is in the midst of “a counter-revolution without any logic”.

“There is no strategy, no blueprint,” Ali said. The whole case has been a major international embarrassment for Egypt, he adds, saying that it raises questions of how much power Sisi really has.

Sisi is a military general who gained power in a democratic election. Nonetheless, he jailed his major political opponent amid a major (and continuing) crackdown on Egypt’s Islamists, and has, in recent months, been granted increasing legitimacy by the international community, who see in him an ally against groups like Islamic State. The United States has resumed its (military) aid to Egypt, as have many parts of the Gulf. Sisi is also scheduled to visit London in one of his first major visits to a Western country (he has already conducted formal state visits to Germany and Russia).

But Sisi’s legitimacy remains weak at home, Ali says, making him perhaps even more obsessed with international opinion. The Greste case is a headache for him.

As for Egypt’s judiciary, it has a tradition of independence from the regime. In 2006, Egypt’s judges went on strike against former (now ousted) president Hosni Mubarak. The uprising or “judges’ intifada”, as it came to be known, was prompted by attempts from the regime to have judges involved in monitoring elections widely known to be rigged. Egypt’s judges also went on strike in 2012, when former (now jailed) president Mohamed Morsi issued a decree placing his own decisions above legal review. They are a relatively respected institution in Egypt, despite the international outcry the judiciary’s conduct in the Al Jazeera case has prompted.

But unlike the regime, the judiciary are far less attuned to international pressure. And they aren’t likely to face much domestic pressure on the case. Egypt’s Arabic-language mass media, Ali notes, didn’t really take an interest in the case until Mohamed Fahmy appointed Amal Clooney as his lawyer. “The popular Egyptian media is fascinated by her,” Ali said. “But it was really lowest-common-denominator stuff.”

I am struck by the contrast in the Australian Government’s response to Greste’s case, and that of David Hicks. Austrlia’s government continues to regard Hicks as a “convicted terrorist”, notwithstanding the vacating of that conviction by the very country that convicted him in the first place, i.e. the US. The enduring upshot for Hicks is that he’s still fighting to be allowed to receive proceeds from the sale of the book he wrote about his experience as a Guantanamo detainee. But, Greste’s conviction “isn’t recognised” by the Australian government, thereby allowing him to “profit” from his (disturbingly similar) experiences.

Why, then, is Julie Bishop and the government of which she is a part apparently lending support, aid, and comfort to a convicted terrorist? Could it be that maybe, just maybe, that “terrorist” brand is a bit too Liberally applied?

There’s a large number of journalists world wide with far greater problems than those of poor Greste, so surely Crikey could find a more worthy recipient for their efforts?

The Egyptian army and especially its officer corp is a wholly owned, funded, trained & equipped subsidiary of the US.
Al Jazeera is not the Hegemon’s favourite news agency because of its distressing, & unhelpful attitude, in not repeating its scripts verbatim.
Any curtailment suit it well and, as for the 3 journos. involved, pffft! haven’t they heard of collateral damage?