How did Friday's debacle happen? The Australian Border Force has announced an inquiry ... into how the department deals with the media. 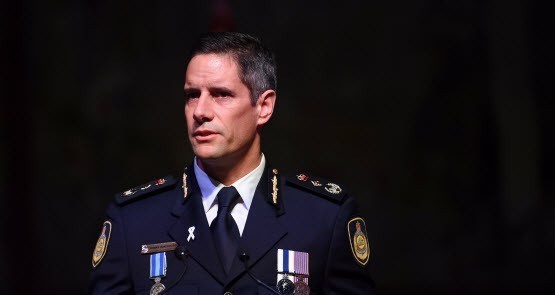 The Operation Fortitude debacle is to be the subject of an internal Australian Border Force inquiry, the head of the ABF has told staff on Monday afternoon — despite the bungle apparently being the fault of the media.

In a statement issued to staff, Roman Quaedvlieg said that Deputy Secretary Rachel Noble and Deputy ABF Commissioner Cindy Briscoe “will be reviewing our processes and decision points leading up to our Operation Fortitude media release, with a view to providing the Secretary [Immigration Secretary Mike Pezzullo] and me with clear recommendations on how and where improvements to our processes should be made”.

Bizarrely, however, Quaedvlieg devoted part of the announcement to blaming the media for the whole problem, referring to “the wide mischaracterisation of the ABF’s role in this activity by media outlets and online commentary”. The “mischaracterisation”, as Quaedvlieg describes, proceeded directly from the words of ABF’s original media release on Friday, which referred to ABF officers “speaking to anyone who crosses our path”.

It’s not clear if the inquiry will examine why Quaedvlieg claimed on Friday that the office of Immigration Minister Peter Dutton had not seen the media release in question. In fact it was sent to Dutton’s office twice. Quaedvlieg also blamed “low-level officials” for the media release, despite it being approved by two senior executive service officers during preparation.

Dutton needs a break for his own good

Hell hath no fury like a senior public servant scorned

All part of the meeja jeehad…

Can some one please pleasae explain to me how the lovely people down there at ABF have medals, what are the medals commemorating?

Why do we even have an “Australian Border Force”?
Don’t most western countries only have a Police Force and a Defence Force?
What on earth is the rational for such a body?
Doesn’t make any sense to me!

As some wag commented this week, what has the Roman ever done for us?