‘Not journalists’: how Greste and Al Jazeera journos lost their retrial

Peter Greste's Al Jazeera colleagues are still in Egyptian prison and will remain there for another three years, barring a presidential pardon, writes freelance journalist in Cairo Joel Gulhane. 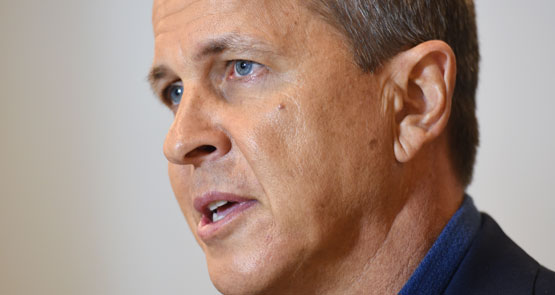 Australian journalist Peter Greste along with his Al Jazeera English (AJE) colleagues Mohamed Fahmy and Baher Mohamed were sentenced to three years each in prison on Saturday for spreading false news and working without licences.

Judge Hassan Farid delivered the sentence in a packed courtroom at the Police Academy in the Tora Prison complex. Greste was sentenced in absentia, having been deported from Egypt earlier this year. Mohamed received an additional six months’ hard labour and a fine of 5000 Egyptian pounds (about $900).

Farid addressed the “Egyptian people” in a statement he read before delivering the verdict, saying the three were “not journalists”.

Australian Foreign Minister Julie Bishop said in a statement posted online that she was “dismayed” by the verdict against Greste and she “will continue to pursue all diplomatic avenues with my Egyptian counterpart to clear his name”.

“Mr Greste has indicated that he will consult his lawyers regarding all legal options,” said Bishop.

Amal Clooney, who represents Canadian citizen Fahmy, was present in court and vowed that she and the Canadian embassy would hold meetings with Egyptian officials seeking “immediate deportation” for her client. “Peter Greste was sent back to Australia, there’s no reason why the same thing shouldn’t happen in Mr Fahmy’s case.” She pointed out that this had been “previously promised to him and to the Canadian government”.

Clooney also said that she will seek a “full pardon” for Fahmy, saying Egyptian President Abdel Fattah el-Sisi “himself promised in the past”. She added: “This is the time to intervene in this fiasco.”

Fahmy’s brother, Adel Fahmy, said he was “completely shocked” by the verdict. He added “they keep on disappointing us with an unbelievable judicial system”.

Clooney said the verdict has “put media freedom on the line and has called into question the integrity of the judicial process”.

The journalists were arrested in December 2013, Greste and Fahmy at their base of operations at the Marriott Hotel and Mohamed from his home later that evening. The arrest at the hotel was recorded and broadcast on television to dramatic music, describing the Al Jazeera English bureau staff an their associates as the “Marriott Cell”.

In June 2013 all three journalists were sentenced to seven years in a maximum-security prison. Mohamed received three additional years for possession of a bullet.

Egypt’s Court of Cassation ordered a retrial in January, but Greste was deported by presidential decree before he was to appear in the retrial. Fahmy, at the time a dual Egyptian-Canadian citizen, had hoped he would be deported in the same way and says he was encouraged by the authorities to relinquish his Egyptian citizenship. Despite doing so, Fahmy appeared alongside Mohamed in the retrial along with several defendants, among them students and an NGO worker. Two students were acquitted in Saturday’s hearing, prompting cries of joy from their family members.

Egypt and Al Jazeera’s host nation, Qatar, have been at odds since the ouster of former Egyptian president Mohamed Morsi. Egypt is wary of the Gulf nation’s ties to the Muslim Brotherhood, the Islamist organisation from which Morsi hailed, and accuses it of meddling in Egypt’s affairs. Egyptian authorities have condemned the Qatari broadcaster for what it sees as bias towards the Brotherhood, especially on the Arabic-language channels.

Al Jazeera Media Network acting director general Dr Mostefa Souag said in a statement following the verdict: “Today’s verdict is yet another deliberate attack on press freedom. It is a dark day for the Egyptian judiciary; rather than defend liberties and a free and fair media they have compromised their independence for political reasons.”

The defendants have insisted the independence of AJE from the Arabic channels and they deny all charges, standing by their work.

Souag stressed: “There is no evidence proving that our colleagues in any way fabricated news or aided and abetted terrorist organisations”. He pointed out that a court appointed technical committee “contradicted the accusations made by the public prosecutor and stated in its report that the seized videos were not fabricated”.

The original trial drew criticism internationally as an attack on free press as well as the procedural errors and delays. The retrial was ordered on grounds of insufficient evidence in the original trial, which included a song by Belgian-Australian artist Gotye, a news clip of trotting horses and photos of Greste’s parents on holiday.

‘I’m not on the run’: Greste wants to answer his Egyptian charges

Correct me if I’m wrong here. But is Al Jazeera owned by the Qatari Government?

The same Government that is funneling funding to various terrorist groups in Syria waging war against the Government of that country? Like al-Nusra front for instance?

Isn’t it then the case that Peter Greste and his mates are working for the same people who fund terrorism? No doubt al-Jazeera (and by extension al-Jazeera English) is a front to make Qatar look good in the eyes of the world.

I don’t believe there should be any sympathy for Greste or his mates for their predicament. If you live by the sword you must be prepared to die by the sword.

Seriously – what are Greste and his accomplices complaining about? That they should be taken seriously despite working for a Government that funds and supports terrorist abroad?!?!?