About half the stories mentioning the Ashley Madison data dump used the term "leak", bringing to mind whistleblowers revealing information in the public interest. So why was an Islamic State data dump called a "hack"? 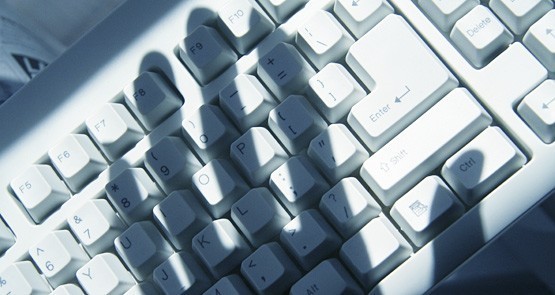 “How to check if you were exposed in the leaked Ashley Madison data,” offered The Sydney Morning Herald. “First celebrity appears to be named in Ashley Madison leak,” said news.com.au. Contrast this with the headlines generated a few weeks ago in relation to another data dump: “Govt confirms eight Australians hacked by IS,” said Sky News. And The Daily Telegraph went with “Islamic State hackers attack Australian public servants, issuing a frightening hit list”.

A “leak”, in news parlance, generally refers to confidential information, often in the public interest, given to the media by a whistleblower, politician or concerned citizen. A “hack”, by contrast, is a cybercrime in which information is sometimes stolen and published. Almost half of the news stories referring to the recent data dump from infidelity website Ashley Madison called it a “leak”, but the publication of confidential information by a group calling itself “Islamic State Hacking Division” was called a “leak” in just a third of pieces.

The two outlets that covered the story most extensively were British imports from opposite ends of the political (and journalistic) spectrum: The Guardian Australia and Daily Mail Australia. The Guardian Australia used the term “hack” in relation to the story 40 times, as compared to 19 mentions for “leak”. Daily Mail Australia seemed to use the terms interchangeably (and voraciously), racking up 42 mentions for “leak” and 59 for “hack”.

But when it came to reporting on the story of a group calling itself “Islamic State Hacking Division”, the media were less inclined to use the word “leak”. In the two weeks after the story broke on August 12 there were 110 mentions of it in the Australian media, with 83, or 75%, of them using the term “hack” and just 39, or 35%, preferring “leak”. Again, some stories mentioned both terms.

There is a vast disparity in the amount of coverage, with almost nine times as many stories on the Ashley Madison data dump as the “Islamic State Hacking Division” story. Many more people were affected by the Ashley Madison hack, but even accounting for that, the salacious details were too much for the media to ignore.

No cheating! Outing Ashley Madison users could have costly consequences

Another terror case, another leak. A pattern emerges

Cybersecurity awareness week: be aware you’re being lied to

Before writing articles might it be an idea to first find out what leaks & hacking actually mean, or isn’t accuracy important when writing for Capitalist Enterprises such as Crikey.

Navel fluff, much?
And Crikey has a “ managing editor?
Really?
As in grammar, parsing, spelling kinda stuff?
Hooda thought!

Norman is surprisingly correct – “hack” isn’t the correct term for the breaking of secured systems to retrieve sensitive information. That would be “crack”