The challenge of lifting productivity when you can’t measure it

One of the key challenges of economic reform is measuring productivity properly -- something we fail to do at the moment, Glenn Dyer and Bernard Keane write. 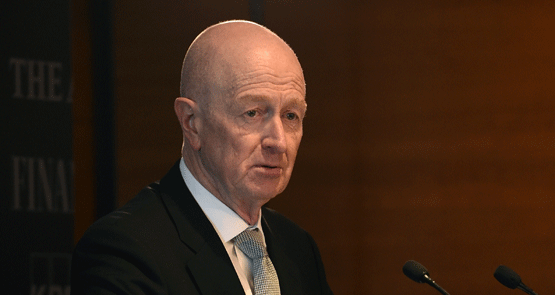 Few people emerged from yesterday’s “National Reform Summit” talkfest with their stature enhanced. Reserve Bank governor Glenn Stevens was one — he criticised all the talk of “economic reform” as meaningless to Australian voters and argued that a conversation (his choice of words is instructive) about growth was necessary, not reform. “Over to you,” was his “drop the mic” finish. His contribution was not warmly received.

Former Treasury Secretary, now company director, Martin Parkinson had a different approach. He wanted to talk about the opposite of growth: he had warned in an article in The Australian Financial Review and then at the summit that we face slowing growth in living standards unless fiscal reform and productivity were tackled in unison.

“If our potential growth rate was three per cent, and for argument’s sake it’s fallen now to 2.5 per cent, that’s the equivalent of a loss in GDP over the decade of over five percentage points…or in other words … it’s akin to us willingly accepting the impact of a recession over the decade.”

Much of the focus necessarily was, like Parkinson’s, on productivity, although there remains a puzzling unwillingness — maybe because it doesn’t fit with the “there’s no economic reform any more” narrative — to recognise the performance of labour productivity in Australia in recent years, which, as the Productivity Commission recently noted, has been good. However, there was a recognition that poor management and board decisions within business are hampering Australia’s multi-factor productivity growth. Commission chairman Peter Harris nominated poor decisions across a range of sectors. “Some capital investments are probably not going to get the return that was expected. It’s not just mining. Electricity, gas and water have got the same problems.”

Economist Ross Garnaut, among other things a Hawke-era economic adviser, was on a similar wavelength. “A very large part of a quarter of a trillion dollars invested in expansion of the resource sector since the China model changed in 2011 will never return the cost of capital.”

Garnaut should know — he chaired Lihir Gold, which is one of the least efficient gold miners (it’s based in PNG) in the Asia-Pacific. Newcrest Mining took over Lihir in mid 2010 for $A9.5 billion, and has been forced to write off most of that cost because of Lihir’s inefficiencies and because of its difficult mining conditions and ore type.

And two of our most important economic sectors, health and education, are particularly problematic when it comes to measurement. Quite apart from its importance in keeping Australians alive and well, the health and social-care sector has been the biggest employer in the country for several years now and is also one of the fastest growing sources of employment as a proportion of the economy. Nor is that just about the public sector: the boom in shares prices and corporate activity in the health sector confirms that it is the growth area of activity for business — Ramsay Healthcare, for example, is now the biggest private hospital operator in the country and an emerging force in Europe. Yet we struggle to measure productivity beyond the basic fact that we tend to spend a little less than the OECD average on health but are one of the world’s longest lived peoples.

Education isn’t a huge economic sector (though higher education is an important export), but its performance is absolutely critical to our longer-term economic growth. Again, productivity measurement is extraordinarily difficult (and all the more so given the Abbott government has stupidly abandoned the Gonski funding reforms, which would have established a per-student national funding model).

If we can’t measure productivity comprehensively or accurately, how do we know if economic reform is successful, or what our reform priorities should be?

Unless, of course, as it undoubtedly is for many other attendees yesterday, “economic reform” is a mantra to cover self-serving policy changes, not to mention the obvious rent-seeking.

Multi-factor productivity is a good idea that doesn’t work for all the reasons you have stated. You can invest capital in a venture that does not give a return and essentially destroy wealth in doing so. We are seeing this with the fall out from the collapse in commodity prices right now as companies lay off staff, shut mines and cancel new projects. (Prediction- Adani won’t build their Galilee Basin project in the next 15 years for commercial, not environmental reasons).

Labour productivity however, is easier to measure and is an operating expense, making itself the lever that can bring about the improvement in Australia’s living standards the Productivity Commission has called for.

But Labour productivity improvement is hard to implement because it requires people to do things differently and management to engage with their workforce differently.

There’s only so much a App can do.

That’s the problem isn’t it, labour productivity has really been the only success story of the last 7 years, apart from avoiding the GFC/running up a huge deficit. (pick the one that fits your pre-conceived notions)

The vast majority of capital in the last decade has been wasted on mining ventures that won’t return anything, and housing bubbles. Capital has been the disaster, not labour.

And the obvious and only capital expenditure that will surely bring the greatest returns, the NBN, has become a political football and subject of smear from an inane and backward looking government.

And so the analysis is that labour has to pick up its game. Brilliant.

Yes to the last sentence. Lots of hot air but little focus on business’ responsibilities. Amazing how much costs have been ‘taken out’ of businesses like BHP, FMG and the banks. One wonders why they were in there in the first place. Australian Boards, CEOs and managers are among the world’s worst for productivity, least educated and specialise in rent seeking. Easier to blame the workers.