Horrific legislation still passes in an age when the public broadcaster does not air a tweet suggesting the Prime Minister has a fondness for buttsex. So stop clutching your damn pearls. 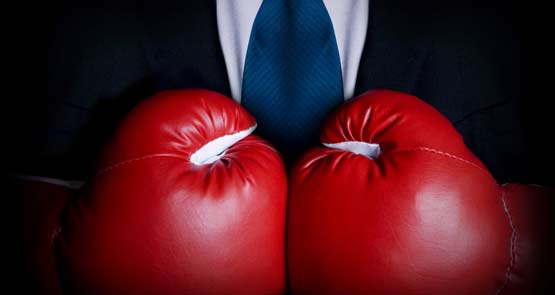 To save you the bother of reading notes recently passed in media class, here’s a crib: some time ago, Fairfax writer Clementine Ford reportedly posted tweets disparaging two News Corp writers. News Corp published accounts of these on the front page of its most costly manifesto, suggesting that they were sufficiently crude to justify sacking Ford from Fairfax in view of the fact that Mark Latham, alleged to have been a pseudonymous offensive tweeter, had recently resigned from Fairfax. None of which makes much sense, but then again, sense is not the engine that drives The Australian nor its Woodstein in a denim playsuit, Sharri Markson.

Soon after this, Mike Carlton, a former columnist for Fairfax who left his post in a sort of sacking-resignation hybrid, which may or may not have had something to do with Twitter and/or Israel, told Crikey that Ford should not lose her job and nor should the persons whom she had allegedly disparaged, however much he planned to tell them to “fuck off” via social media in the proximate future — I’m paraphrasing here. Anyhow, at some point or another, Andrew Bolt and his paler privation Tim Blair probably weighed in with their Auberon-lite guff about how “the left” is “so sensitive yet hypocritical” and largely populated by women they have no wish to passionately touch, and the only case in which everyone was unified is that Mark Latham probably needs some time at a day spa.

Two striking things emerge from what is, after all, now a fairly commonplace week in Australian media.

The first is that many of our pundits and journalists have crawled so far up their own fundaments they think readers might actually care to read their personal stories. While it’s true that many of these accounts of one’s self and one’s profession strive to make a point about the broader society — Ford often uses her own experience on social media to illustrate how bad things are for women, and Miranda Devine does the same to illustrate how feminists live less in society than they do in their own Twitter feeds, even though she also often draws these conclusions from her own Twitter feed — it is absolutely true that they are also very lazy. There is a range of data, political speech and policy to show how bad, or how good, things are for women/feminists or whatever topic you fancy. That recourse to facts is only made with idle partiality, and when a journalist’s Twitter feed is not over-full of abuse before deadline, is an unfortunate truth. But that the news is shit is hardly news.

The second, more interesting, lesson here is that nearly everyone is making the case for “civility”. Apparently, we don’t have enough of it, and its emergence is held, wrongly, as a solution.

When the aforementioned journalists are not busy provoking offence — and this is key to the formation and maintenance of the aforementioned bylines — they are taking it. Yesterday, Miranda Devine was one of very many News Corp journalists to find the ABC offensive for its accidental airing of a tweet (if we shut down Twitter for a day, journalists would be forced to analyse news instead) by a person who had chosen a ribald username.

Devine is not the only commentator remarkable for the simultaneous ability to clutch her pearls and shove them unlubricated up the nearest adversary. They all do it. Progressives will complain offensively about offence and conservatives will respond offensively. Who are you to tell a woman what to do? Why don’t you die in a fire? How dare you tell me to die in a fire? That’s so typical of a woman. Etc.

Everyone is so offended that they believe their offensive responses to be justified, and this cheap, dependable ping pong works quite well for clicks. This is, in small part, due to the fact that it’s enormous fun for audiences to see two self-righteous pugilists locked in a middleweight bout toward their intellectual death. But it is also due to the conclusion at which anyone on any side of politics could easily arrive. To wit: the problem here is that there’s not enough civility.

If only we tolerated each other. If only we listened. If only we refused to make reference to sodomy and observed the quiet conventions of the academy, then civic life would improve.

In a book that engages with the future of policy and politics beyond the mere fault of shouting, the pair write of their admiration for the policies of Paul Keating. Which is curious and not just because of the important role Keating played in building a present wealth inequality to which the authors stand opposed, but because of the man himself, whose loud and spectacular wit was hardly helpful to sober debate. I remember watching him reduce John Hewson to a slick in ’93 as he held up the “Fightback” policy document that had lost the opposition leader the election. This is Keating, complete with Wile E. Coyote bomb references, in top obliterating form. It’s hilarious and lyrical and derives its inspiration less from towers of quiet reason than it does from a Joycean gutter.

If journalists and politicians made their cases calmly and with no recourse to personal attack, it would be wonderful and transforming! Actually, some of them do, and it’s not always wonderful and, in an era that demands hyperbole, it can’t be transforming because so few of us would notice it. To long for “civility” is to indulge not only the delusion of nostalgia that holds that there was a golden time when everyone was nice. It is to falsely believe that political and the journalism that documents it can ever actually be nice. (It’s also to deny us the pleasure of Keating.)

So Parliament is loud and journalists are rude. This really shouldn’t be a shock. Nor should it be held as the principal hurdle to reason.

Once, people wrote and spoke to more generous deadlines and polite conventions. They were able to follow the customs of academic debate not only because audiences, who not so very long ago derived their analysis from a single source, had time for it, but because these were, well, the customs. You demonstrate your membership in, or deference to, a particular class by observing its code. Once, this required members of the political and media classes to appear respectful. Now something quite different is true.

Either way, the custom is a form of obfuscation. Just as the apparently gentler recourse to reason once marked you as powerful, these days, carrying on like a two-bob watch does the same. Politicians have always discussed cruel legislation. That they once did so with reasonable language doesn’t change its brutality. Journalists have always said stupid, useless things. That they now do so in an openly stupid, useless way doesn’t really diminish the character of their inquiry. Public language has the primary function of masking the brutal message it seeks to convey. If Miranda Devine became suddenly polite and dropped her disparaging references to any pervert who thinks Vatican II was a decent leap forward, it wouldn’t improve her core nonsense.

As Mark Latham, whose very modern rudeness apparently came as a shock to an organisation that had invited it in, might say, “Let’s rumble”.  Why not? Everybody’s doing it, and the political world has become no worse, or no better, as we continue this uncivil, middleweight fight to the death.