Who is representing Mark Latham? Why, none other than Sharri Markson's dad.

We were a little shocked to read of it and called Markson this morning just to be sure. “I’m just doing a little work for him,” he said when asked if he was Latham’s new agent.

Why were we surprised? Well, because Max Markson is the father of Sharri Markson, The Australian‘s media editor, who’s been a frequent target of Latham’s ire in the past.

Only last Saturday, he accused the media editor of being a hypocrite of the worst sort during an abusive public lecture at the Melbourne Writers Festival (we wrote about the wash-up here — on Monday, News Corp’s lawyers were poring over the tapes to see if Markson had been defamed).

But it was only the most recent in a long line of criticisms the former Labor leader has levelled at the journalist.

In November 2014, Latham wrote of his experience with Sharri Markson, accusing her of dodgy journalism for years earlier approaching a local antique furniture-shop owner to try to dig up dirt on the former Labor leader.

“Only towards the end of the exchange did Markson identify herself as a journalist seeking material for publication. This was a clear breach of ethical standards. If she had been upfront and honest, the store owner would not have divulged my details. In compiling her story, Markson wrote about the painting of my front fence and activities in our swimming pool. She told her readers that my home had been ‘furnished by antiques from a nearby store’ — the garden chairs.

“Today, Markson is the media editor for The Australian, lecturing others on media ethics. This is how it works at News Corp. Any ruse, any lie, any invasion of privacy is acceptable in the name of publishing voyeuristic information. And then the reporter is promoted — in Markson’s case, posing as an arbiter of industry standards.”

Latham was only warming up. He reprised the attack in the Spectator Australia that month:

“I have struck gold with the Australian’s Media Editor, Sharri Markson. She first entered my orbit in November 2007 when she sat voyeur-style in front of my house all day, purportedly writing a story for the Sunday Telegraph. It was more like a scene from Fatal Attraction, as she chronicled events in the Latham family swimming pool and the painting of our front boundary fence. She’s a big thinker on top of the big national issues. Luckily, I had already locked up the kids’ bunnies.

“More recently, Markson has earned the sobriquet ‘Hansard’ for her recycling of editor Chris Mitchell’s views at the Oz. After writing a send-up in the AFR, I spoke to Markson and she said she was ‘proud’ of her association with Mitchell and her fawning articles about him. ‘He’s the most inspirational man I have ever worked for,’ she swooned, oblivious as to how others in the media are belly-laughing at her hagiography. This is the kind of callow, delusional nonsense on which satirists thrive.”

Apparently he wanted to write on Markson again, but we learned (through Markson’s Media Diary column in the Oz) that Speccie editor Rowan Dean had refused to run the column, wanting Latham to focus on more deserving targets, which Latham described as “censorship”. He quit the magazine.

“I love my daughter very much,” Max Markson said when we asked why he would be representing a man with such a history of attacking his daughter. “This is purely a commercial decision.” 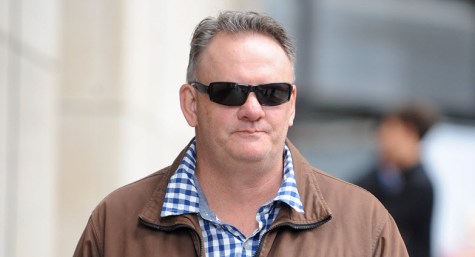 Although I can know see a family resemblance in that they’re both tabloid ambulance chasers.

Rowan Dean is our very own James ‘Delingpole’ Dungpole, one of the more repellent writers for the UK Speccie.