The war over TV sporting rights is really pretty one-sided, once you look at the data, write Stephen Mayne and Glenn Dyer. 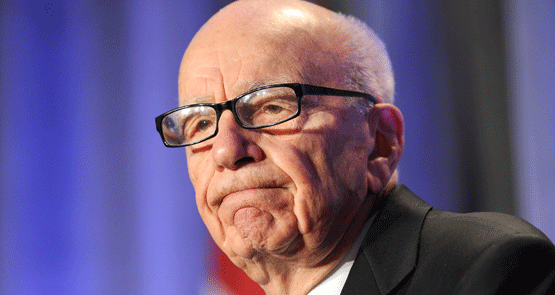 As Crikey noted yesterday, The Australian’s Darren Davidson has been making all sorts of doom and gloom allegations about the NRL’s $925 million TV rights deal with Nine Entertainment Company.

Alas, Telstra awoke from its slumber yesterday to declare Davidson’s claims — namely that Telstra was about to terminate its NRL naming-rights sponsorship — were “false”, as Fairfax duly reported in today’s papers.

Similarly, allegations of a breakaway competition or clubs boycotting the Nine deal were scuppered yesterday as the clubs put on a unified face, but Davidson was nowhere to be seen, and The Australian ran that story in its sport section.

Ultimately, it is hard to see how Foxtel and Fox Sports won’t come to terms with the NRL given the demographics and economics of the situation.

The four markets for rugby league are Sydney, regional NSW, south-east Queensland (including Brisbane) and the rest of Queensland.

The regions are very important, and the NRL grand final out-rates the AFL grand final across all of regional Australia. Together the two rugby league states (Queensland and New South Wales) have a combined population of more than 12.3 million, or slightly more than half the number of people in Australia.

About 500,000 of Foxtel’s 2.7 million individuals with access to a subscription are believed to watch the NRL every weekend. They are the heart of Fox Sports/Foxtel’s revenue base because each subscriber pays around $92 a month, down from $95 a year ago. You can’t get Fox Sports without taking other Foxtel channels such as LifeStyle, Fox8, BBC First or Sky News. Many of Foxtel’s premium packages are priced at $120 or more a month and are held by NRL watchers who have been with Foxtel for years. So without NRL coverage, many of those half a million subscribers would vanish and cut Foxtel’s roughly US$3 billion in annual revenues by hundreds of millions of dollars.

There is no way increased coverage of the AFL can cover the hole of having no or substantially reduced NRL coverage. In fact, the extra NRL game on Nine is a real danger to Foxtel and Fox Sports in that many subscribers might choose to cut the cord and save themselves more than $1000 a year.

That cost and slow drift was why Foxtel restructured its packages by halving the entry cost to $25 a month from $50 and getting rid of existing restrictions. The streaming rights held by Nine to its four games are a big threat to Foxtel and Telstra in that they will almost certainly be streamed from the Stan site owned jointly with Fairfax. But this is years away and there is a lot of pain to be endured for the Murdochs and News/Foxtel before we get to the mega contract.

This is why all that bombastic talk from Rupert Murdoch and his minions about promoting AFL in NSW and Queensland should be taken with a grain of salt. Almost 20 years of Herald Sun support for the Melbourne Storm hasn’t exactly hurt the AFL in Melbourne, and News Corp was forced to offer long-term subsidies of $26 million to the club’s new owners when it sold down last year.

Similarly, it is not clear just how many Daily Telegraph readers soaked up the eight-page lift-out ahead of the Swans-Giants game last weekend?

The simple fact is that over half the Foxtel and Fox Sports subscribers are in NSW and Queensland, and Foxtel’s highest penetration is in the Sydney area. They need the NRL more than NRL needs Foxtel and Fox Sports. Both have to come to a deal with the NRL, to the NRL’s satisfaction, otherwise their business model is mortally wounded and hundreds of thousands of subscribers would either leave or churn for a lower-cost package.

In fact the NRL has left the way open for a competitor to Foxtel and Fox Sports to grab the pay TV rights and build a rival operation to that of the Murdoch clan. For example, if Disney’s ESPN could be induced to bid, it would trigger a financial crisis at Foxtel and Fox Sports and blow the News Corp share price out of the water.

The Murdochs also know that newspaper sales are in structural decline. Subsidising excessive AFL coverage in The Courier-Mail and Daily Telegraph won’t help a bit because they depend on their rugby league readers.

So far this year, 49 of the top 100 programs on Foxtel have been NRL games. Usually it’s 65%, but this year there’s been the cricket World Cup and Asian Cup, which generated big audiences on Fox Sports. AFL games are usually around 35% of the top 100. Foxtel subscribers vote with their remotes and vote in favour of the NRL, not the AFL.

More attacks on the NRL will just bring financial pain to News Corp, and it already seems there are too many scars from the Super League wars for other players in the industry to be prepared to go along for the ride on what looks like a commercially driven vendetta.

No one at News Corp has yet pontificated on how the extra $500 million to the AFL will be paid for. The answer, of course, is by screwing more money out of subscribers, especially those with Fox Footy/Fox Sports packages. This could be an extra $100 to $200 a year, something with which the AFL board and management is presumably comfortable.

The ACCC is no doubt watching all of this with interest. Given concerns that Foxtel’s proposed 15% stake in Ten Network Holdings could make the market for sports rights uncompetitive, it is surprising the Murdoch attack dogs are being so unsubtle in their campaigning.

Davidson has long been regarded as a Lachlan Murdoch man, and it is also instructive that Lachlan has been largely invisible over the past month.

Many people blame Lachlan for much of the Super League wars, and he certainly was to blame for Ten’s failure to bid for the AFL rights last time around.

Colleagues say that Lachlan doesn’t particularly like Melbourne or the AFL, yet the LA-based co-chairman of News Corp is now fully signed up to promote Melbourne’s signature sport to the detriment of what people love in his former home town of Sydney.

All of this is just a sad reflection on Australia’s media ownership laws where metropolitan newspapers are largely not controlled by people who are aligned with the city in question.

As far as patriotism and national alignment is concerned, it is also instructive to note that 21st Century Fox has ditched its listing on the ASX, and News Corp, despite having the majority of its value in Australia, only has one Australia-based director in Peter Barnes.

Given former immigration minister Scott Morrison’s tough line with foreign interlopers, here’s hoping he made that point to Rupert Murdoch when they had lunch last Friday. 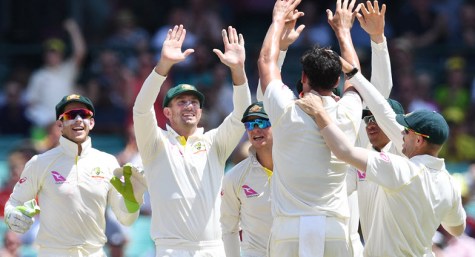 Is this $1 billion cricket deal all it’s cracked up to be?

Congratulations on what is by far the best piece of analysis on News Corp’s astonishingly aggressive and vitriolic smear campaign on Smith and the NRL.

Given their relentless campaign to get him sacked, if I were Smith I’d actively be pursuing the ESPN option. They’re a US$50 billion organisation and are already available on the incredibly cheap Optus Fetch TV. A billion dollars for the NRL would be chicken feed for them and strategically it would make sense both for increasing the scope of the Pay TV access to the sport (you can get ESPN on Fox too, but theoretically they could all pick it up) and reducing the costs to the consumer.

The upshot for Smith would be both a gain in audience scope, increased revenue, and a nice bit of vengeance on Fox for their incredibly personal and nasty campaign against him.

Absolutely. In fact, Smith can just wait in his office for Foxtel to come begging.

Or better yet, set up their own subscription model via the internet, I’d pay direct for rugby league without having to subsidise rubbish Disney channels and the like.

Nice article and the as someone who was previously a News Corp fan I can now say I am going to cancel my subscriptions to the Oz and Courier Mail because of my fury at the way the sport I have had been treated by these thugs. I actually emailed Malcolm Turnbull the communications minister (everyone else should send him a quick email or tweet) explaining my fury at the way News Corp is treating the game I love. I thought it was the least I could do to defend my sport against propaganda. There is a thing called “overbaking” an issue, News have conpletly overbaked this attack. It shows how desperate they are, it would have been so much more professional to be subtle, have a 24 attack and than pullback. But they didn’t, and they are already feeling the fury of fans like me.

How can you justify paying $1 billion for a code which is supported by only 27% of Australians, according the the Australian Sports Commission – less than half of those Aussie who support AFL.

There’s one fundamental problem with the NRL…the game design which looks & plays like a 19th century thuggish sport. Young kids in the huge Western Sydney market are opting for AFL or soccer, with their parents full support. The AFL has a $100 million development fund for it’s two start-ups, and currently has 180 full & part time staff dedicated to Western Sydney alone.

NRL is in decline & one day soon you’ll have to accept it.