Journalists love literary cliches. And other media tidbits of the day.

No boom for print. UK analysts Ovum have produced possibly the gloomiest outlook for print and digital media. On the face of it, the central forecast sounds positive — that global revenues generated by digital consumer publishing (books, magazines and newspapers) will surge to US$74 billion in 2019, from US$412 billion this year. That’s a compound annual growth rate of an impressive 13%. But Ovum pointed out that as magnificent as that sounds, it will not push digital revenues past the total for old-style analog revenues:

“Print revenues will remain the bulk of the consumer publishing industry over the next five years, with almost 75% of revenues coming from print in 2020, down from 86% in 2015. Print revenues are falling so opportunities for growth in this sector are low but competition in the digital landscape is fierce and previously tested business models don’t always work. Meanwhile, the barriers to entry are high for print publishing despite there being millions of consumers who are willing to pay for it. This is causing a dilemma for publishers who need to grow digital revenues but cannot afford to weaken their print products.”

In other words, established publishers have years more pain, for no gain, ahead. You only have to look at the results from News Corp, Fairfax Media, New York Times Co, the Daily Mail and General Trust, and Trinity Mirror to see that no matter how hard they push digital strategies (especially paywalls), revenue growth from this area is failing to cover the continuing loss of revenue (and profits) from print ad sales and the sale of print versions of newspapers. — Glenn Dyer

Netflix’s new deal. Netflix has tied up a deal with Japan’s SoftBank Group for the Japan launch of its video-streaming service next Wednesday, September 2. Under the agreement announced Monday, SoftBank customers will be able to sign up for Netflix at SoftBank’s retail shops, major electronics retailers and through SoftBank’s website and call centres. SoftBank operates one of Japan’s largest mobile phone companies and says users of its mobile or broadband services to pay Netflix subscription fees through SoftBank’s payment system without the need to fill out additional payment information. Starting a week tomorrow internet-connected users in Japan will be able to subscribe to Netflix and watch selections of popular movies and TV shows in high-definition. — Glenn Dyer

Murdochs lose out. So will the Murdoch gang also turn on Cricket Australia, which will join the National Rugby League in the clan’s pantheon of great Satans? The family’s UK satellite TV group, Sky, has lost the broadcast rights for the next Ashes series. BT will pay around 80 million pounds (or more than A$170 million for a five-year deal with Cricket Australia, covering the rights to 2017-18 Ashes series in Australia, the women’s Ashes, other Australian internationals, and the Twenty20 competition Big Bash League (on the family’s Ten TV Network). Sky had paid around 50 million pounds in a four-year deal. Sky still has the UK broadcast rights for England’s Tests, one-dayers and T20 games until 2019. — Glenn Dyer

Video of the day. Latham’s publisher Louise Adler on his “very distressing” outburst. 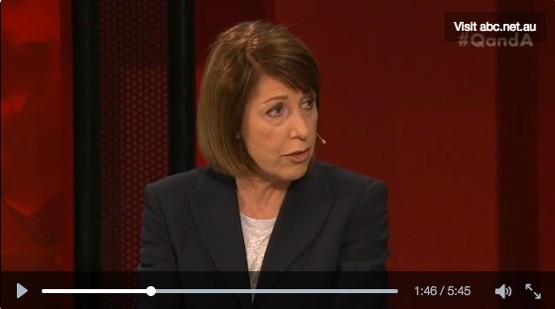 That link to vid of the day is missing most of the sound track.