Federal Court documents show that the government admitted it bungled the approval of the Carmichael coal project -- a failure it has refused to acknowledge in its campaign to gut a key Commonwealth environment protection act. 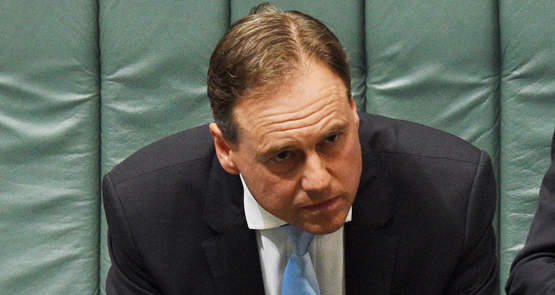 The government’s justification for gutting the Environment Protection and Biodiversity Conservation Act — which “vigilante litigants” and “environmental militants” are using courts to block sensitive projects — has been further discredited as information relating to Federal Court action to stop the Carmichael coal mine projects emerges.

In a letter obtained by Crikey from the Australian Government Solicitor to the judge hearing the action between the Mackay Conservation Group and the government, the AGS — representing the government — admits that the approval of Adani’s mammoth coal mine and rail project was legally flawed. The AGS requests that the Federal Court set aside Environment Minister Greg Hunt’s approval of the project, explicitly acknowledging that “[a] practical consequence of the making of this order would be that the Minister will be required to reconsider the assessment that was the subject of the decision under review”.

Hunt and his ministerial colleagues have at all stages refused to acknowledge that the Federal Court order overturning the approval was at the government’s own request, leading to an extraordinary rebuke last week when the court issued a statement correcting the record about the process of making the order. The government has instead insisted the withdrawal of the approval was the fault of “vigilante litigation” taken under the public interest litigation provisions of the EPBC.

The letter from AGS to the chambers of Justice Anna Katzmann, who was hearing the case, was based on an agreement between the parties to the litigation that the legally flawed approval be withdrawn; Katzmann’s order merely reflected AGS’s request and proposed orders.

Recognising that the Federal Court expects to be told of the reason why a decision under judicial review should be set aside, the AGS explains to Katzmann in detail what was wrong with Hunt’s approval — something the government has refused to do in its attempt to portray the withdrawal of the approval as a result of frivolous litigation by the environmental movement.

“While the Minister had some material before him setting out the impacts of the proposed action on the Yakka Skink and Ornamental Snake at the time he made the decision, he did not have before him copies of the approved conservation advices for either of these species.

“In deciding whether or not to approve the proposed action, the Minister did not have regard to the approved conservation advices for the Yakka Skink and Ornamental Snake as they were not included in the material before him at the time he made the decision.”

The AGS letter confirms that Environment Department bureaucrats badly blundered in their approval for the Carmichael project, confirming long-running concerns about the capacity of that department to effectively administer the EPBC. And there wasn’t a vigilante litigant in sight.

On the back of this debacle Abbott,Hunt and Joyce have been saying that if I don’t live in North Queensland adjacent to the Adani minesite that any consequent damage to the Great Barrier Reef is none of my business..

So, Bernard, the Federal Government isn’t perfect, but Crikey seems to do its best to make them look passable by comparison with what appears on your Capitalist Enterprise production doesn’t it.

Tell me Norman, what’s this imperfection you’ve uncovered in the Abbott government?

Hugh, those are issues for serious Political Forums where challenging discussions can occur. Crikey is primarily for light comedy relief.
Haven’t I pointed this out before?

Surely, it was all the greenies fault?