Just about everyone copped a serve from Mark Latham over the weekend. 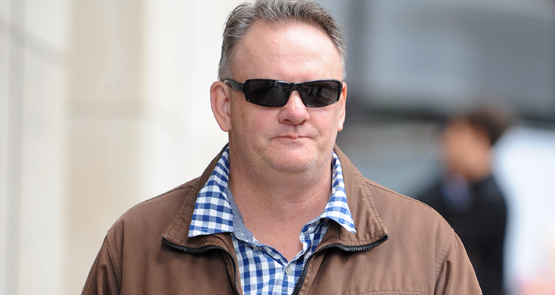 Senior Air Force officer Catherine McGregor says she has no interest in suing Mark Latham over remarks he has made about her, most recently at the Melbourne Writers Festival, but she tells Crikey she is disappointed and bewildered.

Over the weekend, Mark Latham’s conversation with Jonathan Green at the Melbourne Writers Festival devolved into farce, as the former opposition leader and Fairfax columnist refused to answer questions from the ABC journalist, who had in recent days retweeted something congratulating those who found value in Latham’s columns on their “heteronormative penis”. Refusing to talk to Green unless he got an apology (which he didn’t), Latham instead spent the hour abusing a raft of media figures in highly personal terms. Much of what Latham said hasn’t been repeated by media outlets, which have been reluctant to publish potentially defamatory material. Latham’s comments about McGregor — involving an alleged incident many years ago — were perhaps the most actionable, but McGregor this morning told Crikey she had no intention of suing Latham personally.

“I’m sorry for Latham, and I have no idea what’s happened,” she said. “If you go back to the Latham Diaries, I’m one of the few people he seems to like. I always thought we got on well.”

McGregor is Australia’s highest-ranking transgender member of the Defence Force, and worked for NSW Labor leader Bob Carr when she was Malcolm McGregor.

“The variable that has changed recently is my gender. Since then, there’s been the nutty attacks in his column,” McGregor said.

Of greater concern to McGregor than Latham’s comments at the Writers Festival, she said, were the things that had been published about her in the Financial Review. In a statement to Fin journalists by editor-in-chief Michael Stutchbury addressing the furore surrounding Latham’s resignation, which was subsequently uploaded to the AFR‘s website, Stutchbury described McGregor as “increasingly erratic”.

This followed the leaking of some emails McGregor had sent to Stutchbury asking him why he had allowed Latham to refer to her as “he/she” in his columns. “I suck up a lot of this stuff,” McGregor said. “I get some really nasty stuff. But when a major masthead calls me ‘he/she’, that’s a major issue about civility. That’s the only point I made. It led to a diatribe against me.

“I’m not going to sue Latham  … I can’t be bothered.” But McGregor left open the possibility of suing the Financial Review for some of the things Latham wrote about her. If McGregor did sue the outlet, she’d join Lisa Pryor who has already done so after she was also criticised in highly personal terms by Latham.

The other criticism media outlets have been reluctant to repeat from Latham’s session involved The Australian media editor Sharri Markson, who, Latham said, criticised Fairfax columnist Clementine Ford for her lack of civility on Twitter while earlier passing on with relish a nickname News Corp staff had for Ford — “Cankles McBabystopper” — in a private lunch with Latham last year. The slang term “cankles” implies that the difference in the circumference of a person’s ankles and calves is negligible, and that this is a bad thing. Ford had written publicly about a past abortion.

Latham said he’d called Oz editor-in-chief Chris Mitchell on Friday and told him he intended to reveal the truth about the nickname and Markson’s use of it. Mitchell’s response, according to Latham, was to threaten to sue him. “Imagine a newspaper editor trying to close down freedom of speech,” Latham said.

The Cankles McBabystopper moniker is hardly secret — it was coined by Daily Tele columnist Tim Blair in a post he wrote about Ford. The post, which remains up, also called her a “research retard”. Markson has mentioned the nickname with disapproval in the Oz‘s media diary, saying it was understandable that Ford believed News Corp was “out to get her” given the moniker. Crikey understands Markson disputes Latham’s characterisation of the meeting.

Asked by Crikey this morning whether he planned to sue Latham over the comments, Mitchell said a recording to Latham’s speech was currently with News Corp’s lawyers, as were all of Latham’s texts and emails to Markson.

He confirmed Latham had called him on Friday night, saying the former opposition leader was “abusive and shouting”. Mitchell says he wasn’t aware of exactly what Latham planned to reveal about Markson at this stage, but cautioned Latham to be careful.

“I told him to do what he likes but remember defamation,” Mitchell told Crikey. “In the interests of accuracy he did not mention the story, though Sharri [Markson] told me later. He only said he was going to repeat things from a private lunch that would damage Sharri. Hence my verbal response to him.”

Journalist Georgina Dent, the editor of Crikey sister publication Women’s Agenda, also came in for heavy criticism at the event. Latham said Dent had mischaracterised his arguments, building a straw man for her to knock down. He criticised the intelligence of a Sky News journalist Laura Jayes, then claimed Sky News host Paul Murray didn’t do research and had gotten his facts wrong on the Dyson Heydon scandal.

Perhaps the most persistent abuse he reserved for his would-be interviewer Jonathan Green, whom he described repeatedly as an “ABC wanker”.

The earlier version of this piece mixed up Markson and Ford at one point. The piece above has been corrected.

They say empty vessels make most noise and Latham is the living ranting truth and proof of that statement.
He obviously has the brains of a rocking horse and half the sense.
Labor was lucky they are rid of him but not as lucky as Howard who won the 2004 election purely due to Lathams erratic and unacceptable behaviour turning voters away.
Hopefully now that The Fin has dumped the moron, no-one else will give the windbag a platform to continue proving how much of a dickhead he really is

Latham’s main weapon does seem to be abuse. Its disappointing as he can also be entertaining whilst railing against the status quo. I went to buy The Latham Dairies on my Kindle the other day but the $29 price tag put me off. I shall get it from the library for free.

ML at his best can be entertaining but I fear he has truly lost the plot. If I were family I’d be seriously worried.

Stop reading him, stop buying his books, don’t go see him at these events. Only way to shut him up.