Pointless, pretentious throat-clearing. It is a truth universally acknowledged that the next columnist or critic who begins their piece with “It is a truth universally acknowledged …” is likely to be murdered. By me. The weapon will be a blunt instrument (The New Shorter Oxford English Dictionary) and my defence at the trial will rest on extreme provocation.

Appropriating the first line of Jane Austen’s Pride and Prejudice is the most irritating and over-used of the “Big Three” literary thefts so beloved of lazy hacks who can’t be bothered thinking up an original opening. The second is “It was the best of times, it was the worst of times” (Dickens, A Tale of Two Cities), and the third “The past is a foreign country: they do things differently there” (L.P. Hartley, The Go-Between).

The notion that stealing someone else’s great first line is somehow OK in a post-modern sort of way sticks in the craw of anyone who writes for a living (as distinct from salaried journalists or columnists on contract). If the next hit single by Beyonce began with the opening eight bars of Love Me Do she’d be sued into bankruptcy, and rightly so. Yet when the same level of larceny is in words, nobody seems to care.

Resort to this shop-worn lick has now descended to the lower backwaters of our journalistic swamp. The latest clever-clogs wordsmith to help himself to Jane Austen is Michael Idato, who writes preview pars about TV programs for Fairfax. “It is a truth universally acknowledged,” parrots Idato in Saturday’s Spectrum, “that any television viewer in want of entertainment will almost certainly be soothed by a cat.”

We are supposed to think this is witty. In fact it is little more than robbery in the service of such a hackneyed device that any reader who has graduated beyond the Dr Seuss books must surely groan.

Worse, it is meaningless padding. If we were to take Idato’s first sentence and delete all the words up to and including “that”, the sense would be unchanged.

Not even the legendary Phil Space, resident waffler at Private Eye, would peddle such vapid longueurs.

So, note to subeditors: cut the pretend-literary crap and let Austen, Dickens and Hartley rest in peace. 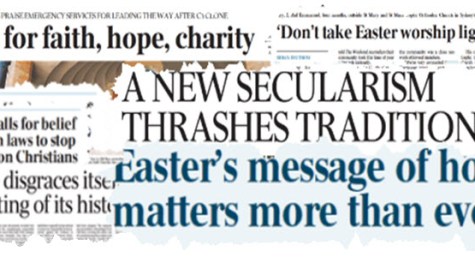 He is written: The Australian resurrects dreary Christian crusade for Easter 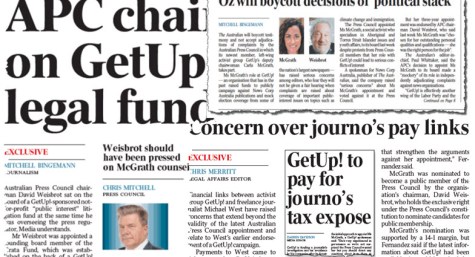 News Corp makes a mess of its attempted Press Council beat-up, surprising no one