Andrew Fowler to govt: ‘get the hell out of the ABC’ 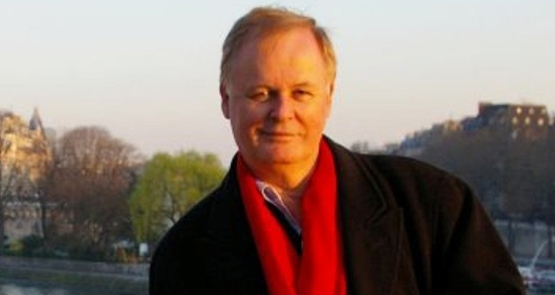 The ABC board has become complicit in the Abbott government’s attempts to “infiltrate” and control the public broadcaster, according to retired investigative journalist Andrew Fowler.

Fowler, who retired from Aunty in mid-2013 after years at Four Corners and Foreign Correspondent, took aim at the board at the Melbourne Writers Festival on Friday night, telling the audience that he didn’t understand why the ABC was acting as it was.

“Why is it the chairman of the board, noted jurist Jim Spigelman, applauded by all, doesn’t stand up and tell the government to get the hell out of the ABC? Why does he have rolling reviews of every program that goes to air, where reporters can be examined?” Fowler asked.

“Do you know what it’s like working under that environment? … It’s debilitating.”

“Strong leadership knows reporters are doing their best and will stand by them. Without that … the question is, whether to be so strident, whether to do the story.”

Shifting panel show Q&A from entertainment to the news and current affairs division, as the board did earlier this month following a request from Tony Abbott, was a “pointless exercise,” as it’s already covered by the same editorial policies that cover all ABC content, Fowler said. “But it tells government you’re prepared to save their face and sends a chilling message to all within the organisation that hey, they’ve buckled again.”

“Journalists watch these kind of things very closely. They’re students of nuance. And we see these things as clumsy attempts to intimidate.”

In July last year, the government put Australian columnist Janet Albrechtsen and former Liberal Party deputy director Neil Brown onto the ABC and SBS board nominations committee. Both are fierce critics of the ABC. Because of this, Fowler said, “there’s trouble wherever you look”.

The fear stalking the halls of the ABC is that should the Coalition government win a second term, current managing director Mark Scott would be replaced by someone like former MD Jonathan Shier. “The managing director, Mark Scott, is a good, honourable person. He saved us from the wreckage of Jonathan Shier … a malevolent act of bastardry against the ABC. The fear of that coming back haunts the building to this day. The fear is when Scott leaves, we’ll have a Shier on our hands, especially if Abbott is re-elected.”

Fowler said the ABC was crucial to keeping the public informed as the commercial broadcasters face increasing commercial pressures. “But the ABC doesn’t have the funding it needs, and it doesn’t have the support from the people who should be supporting it.”

“Since I left the ABC [in July 2013], there’s been a hesitancy … There’s a hesitancy not just because of the trouble you can cause the administration … but just because of dealing with the complaints system, which lasts forever and a day.” The ABC, Fowler said, was the most scrutinised organisation he had ever seen.

Earlier that day, Insiders host Barrie Cassidy had offered an altogether more charitable picture of the ABC board, saying its decision to move Q&A to news and current affairs made sense.

“They’re attuned to those kinds of issues,” Cassidy said of the ABC’s ability to manage appearances like that of Zaky Mallah. “It’s better off for Q&A to be under that banner.”

But Cassidy also admitted the appearance hadn’t been good. “It’s a pity Abbott demanded that, and we acquiesced. It didn’t look good … It looked like we’d caved into Abbott. It should have been a decision taken by the ABC a long time ago.”

Does Mitch Fifield still want to privatise the ABC?

Cassidy caves in every week on Insiders, his interviewing of Bishop was pathetic. Why do we pay these people so much money to behave like cowards?

ken svay, I disagree about the Cassidy/Bishop interview. I don’t think it is the role of the interviewing journalist to provoke or disagree with the politician just because they can. Ms Bishop said things just the way she wanted to and her words are on the record. The viewer did not need Cassidy to interrogate her. Rather, he gave her a civil forum to couch her own arguments and she can now defend her record without any suggestion that the journalist took stuff out of context or whatever other point might be made. In my opinion her views about invading Syria because we don’t need to respect the border any more, are wrong, if not in law then in the spirit of the law. What do you actually think about that, or would you rather someone else ask the question and answer it?

I want you all to stop a moment and imagine an Australia, with the current government, and without an ABC

Better to be hung for a sheep than a lamb when there’s nothing to lose.

zut alors, it’s more a matter of the current ABC/SBS Collective being a brainless hare dressed in sheep’s clothing which deserves being sent to the metaphorical abattoirs.