The Greens have rated their potential candidates for retiring SA Senator Penny Wright's seat. Who are the winners and who are the duds? InDaily's Bension Siebert reports.

Senior Greens have produced an official report card on each of the party’s South Australian Senate candidates, separating the “highly recommended” from the “competent” and “needs further development”.

Vonow hasn’t been named publicly by the Greens, at his request.

The party is due to name its new South Australian senator on September 6.

The Greens’ interview panel “did not consider [Lynton Vonow] to demonstrate the full range of qualities expected in the role of a federal senator,” the document states.

“The panel considers it possible that the intense workload in federal parliament would be challenging for Lynton, as well as the pace of decision-making and the multiple parallel demands on his time … In discussing parliamentary scenarios and how to prioritise tasks, Lynton did not demonstrate a strong ability to navigate the job’s challenges or to deal with the stress of competing priorities.”

However, the panel acknowledges him as “a thoroughly decent person” and “a respectful and considered communicator” with “a considered approach to professional and political dilemmas”.

Also in the “needs improvement” camp was Samuel Taylor.

“Samuel (Taylor) did not give any detail, during his interview, of policy issues affecting the Greens at a national level,” the document says, and “the panel believes that his relative lack of experience is a disadvantage.”

However, Taylor had “considerable skills for his age”, “demonstrated some ability to handle stress and remain motivated” and was “very personable” and “a competent public speaker”.

The panel affirms Ruth Beach as “an effective communicator” and “a good negotiator” with “the skills to quickly learn the diverse responsibilities of life in the Senate”.

Beach was “aware of the importance of cultivating donors and also attracting community support through the media” and was “up-to-date with political developments” but “showed some gaps in her understanding of ethical financial options for investors”.

The panel notes that Beach is on the Greens’ side: “Ruth is a competent candidate who is unlikely to deviate from the Greens’ positions.”

Rebecca Galdies, the panel reported, “demonstrated the passion, commitment and skills required to be a senator” and “has a passion for social justice”.

“Rebecca is a person of good standing in the party and the community, who would be a competent senator.”

Matthew Carey, according to the interview panel, “would be a passionate and capable advocate for the Greens, and would attract unique and positive community support, including in the media, because of his profile as a blind person”.

“Matthew has the integrity and potential to grow into the role of Senator … The panel agrees that, if preselected, Matthew would attract unique and positive attention as only the second blind parliamentarian in the history of federal parliament.

The report notes that Carey would face challenges as a blind parliamentarian, but says “Matthew is well equipped … to deal with these”.

According to the document, Carey acknowledged “the long hours and time away from support networks” the role would entail.

“The panel considers Matthew to be a highly competent candidate who would make a fine Senator.”

The most glowing praise of all, absent caveats, was reserved for city councillor Robert Simms.

“Robert’s combination of experience, vision and political skills are an asset to the SA Greens, and the panel considers that he would make an excellent Senator,” the document reads.

Simms had “unifying strengths, being able to rally people around a project or campaign in a strategically beneficial way”, “excellent communication and interpersonal skills”, “strong personal values”, “professionalism, good humour and resilience”.

He was “a charismatic public speaker who is able to balance humour and incisiveness” with “a wealth of parliamentary experience”, “the ability to develop high-quality interpersonal relationships”, “a working knowledge of senate procedure” and “high intellectual capacity for complex policy work”.

“Robert says the power of politics to change lives for the better is his reason for nominating,” the report gushes, and “the panel believes Robert would discharge this responsibility very effectively in federal parliament”.

“Robert has the capacity to articulate the Greens philosophy and vision.”

“In his work as an elected Councillor on Adelaide City Council, Robert has pursued a strongly progressive agenda, speaking out on issues including animal welfare, environmental sustainability, best practice urban planning and social justice.

“Even in adversarial or challenging circumstances, Robert has demonstrated he is able to maintain a warm, respectful manner and maintain good relationships.

“The interview panel highly recommends Robert Simms for the role of Senator.” 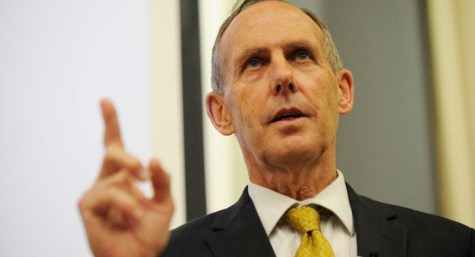 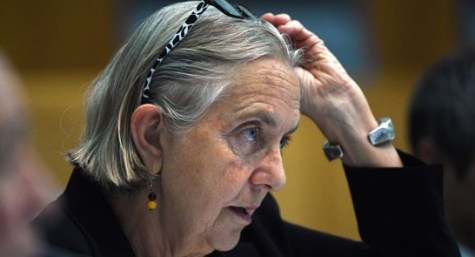 Um, why is this a story?
I mean, I can understand InDaily being interested in local, fringe political minutiae …. but Crikey?

Sounds like a pretty good selection process if you ask me. In the end the party members get to vote but after the candidates have been grilled and vetted by a committee. I did wonder how the Committee was chosen but they too probably would have been elected.

Surely for The Greens to carry out anything of this nature they’d need to bring in outside consultants, then the only remaining problem would be for them to decide how to decide whom they should bring in.
That’s The Greens in action — more or less.

At least these guys have a transparent process – no factional dealing, stacking of selection committees, pressure from sitting members. A pity the two majors cannot copy.

A ballot of all members, candidates tested in interview panels and asked questions in member forums. Looks like a pretty good process to me. They even posted videos of their internal party forums online! It must be one of the friendliest elections I’ve ever seen, the candidates all recommending one another.

I can tell why Bension Siebert is having so much trouble scraping the barrel for negative stories.