Latham’s just a boy, standing in front of a nation, asking it to love him

What is the real difference between a self-indulgent Mark Latham column and a celebrity Instagram? 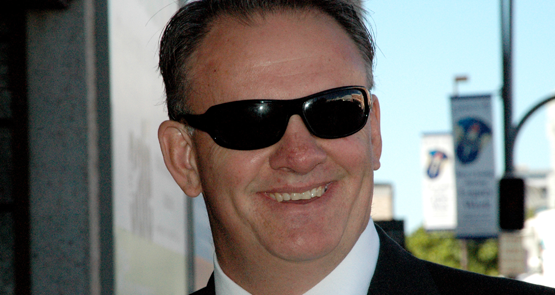 A week no longer passes without release of another scholarly or general work on the selfishness of our age. Given that an online minute rarely passes without upturning another selfish proof, this is unsurprising. Here’s another selfie, another headline describing self-absorbed cruelty, another public assertion of the private will. The idea that “my story” is an “important story” and should be therefore universalised is one that the culture utters so often, it’s only fair that some of us should tell the culture to STFU.

This ultra-humanism, which we began to see clearly in Oprah and now read in cardboard protest signs held by individuals, is a very difficult thesis to oppose. While there can be a case made not only against, say, a culture that produces “more close-ups than Tara Moss’ Facebook page” but one that conflates the close-up, the personal story or the individual will with an entire society, you can seem like a dickhead making it. Large numbers of people, if not all people, tend not only to quite naturally believe that their experience of the world is a universal one, and smaller numbers of people who care to intellectualise the matter will say something like “stories make us human”. To tell someone that their story might not carry as much universal meaning as they suspect can be taken to mean “your story is completely irrelevant”.

All stories are “relevant”. This doesn’t mean that all stories are socially useful, though, and that is how many of them are posited. Some of them, like that of Kim Kardashian and Kanye West, purport to be about nothing but the individuals described, and we can have no real beef with the meticulous narration of Kimye, which at least has the decency to be spectacularly photographed. Most of them, though, increasingly claim to be not only meaningful but actually political.

News outlets have always carried stories about people, but these were once confined to the “human interest” section. Now entire publications are more or less given over to the depiction of this or that person as the embodiment of all that is news and is socially good, such as the Republican Christian step-parent of Kardashian, Caitlyn Jenner, or all that is socially destructive, such as any sports person of colour who is deemed “uppity”.  In public accounts of private lives, a subject has no choice but to be a symbol and a sermon for something. You better choose to symbolise something good or you will be held to symbolise something bad.

I guess, then, we can understand what leads so many younger women to offer us “more close-ups” as though they were trenchant essays on the socially marked female body and not, as they often are, of little more depth than another Kimye ‘gram. We can understand what prompted (another) young woman to pose in her underwear at a major urban intersection and why that story is reported by multiple news outlets as a moment of inspiration for all women.

In London this week, 24-year-old Jae West stripped down to her bikini, covered her eyes with a blindfold and stood in Piccadilly Circus in what has been called a “social experiment” but is actually, in my view, a woman in her bikini. She did it, apparently, in an attempt to garner “self-acceptance and self-love”. I don’t mean to moralise, nor to dissuade any person, male or female, from disclosing or concealing whichever part of themselves that they wish to an audience of any size. But I’m not the one doing the moralising, here. It is West (no relation, presumably) who has decided that the route to “self-acceptance” is the imposition of her image upon others, and it is an excitable media that reports this act as though it is “brave” and “political” and somehow elevated beyond the function of a selfie.

West goes on with the usual tripe about how “acceptance”, in this unchallenging case of a perfectly “acceptable” young female body, will stop eating disorders. A claim, by the way, of the “real” body held as unrealistic by dominant opinion in eating disorder scholarship. We could go on and on about how an ostensible feminism is now one of the things used to mask the self-interest at the heart of liberal humanism, but Mark Latham, who would have almost certainly have loathed this Bikini Guerrilla, has already done that. Over and again.

Latham didn’t do this very well, for mine. Sure, the guy had some occasionally wry lines about those liberal women whom he, rather erroneously, referred to as the “Left”. But the fact that he chose to focus almost exclusively on women, along with the occasional “uppity” football player, as a force of individualism was just intellectually lazy. It’s one thing to speak from within a feminist tradition about a movement that has become as hyper-individual and as emotionally privatised as the rest of late capitalism. It’s another thing to say, ignorant of that tradition, that all feminists are empty.

If Latham really wanted to criticise the feminist left comprehensively, he might have actually looked to the feminist left and not to its pale privations on Twitter and in magazines. His critically corrupt and lazy understanding of what feminism and what the left can actually be aside, Latham’s now abandoned column was, in fact, a selfie in the Kimye tradition.

The frustrating thing about Latham for mine was not so much that he chose to be rude about certain ladies. It wasn’t very nice and was, in some cases, reprehensible of his editor to allow it, but it wasn’t much worse than most of the piffling ad hominem one sees on the internet.

The truly frustrating thing about Latham has been the unambitious intellectual limits he placed upon himself, aka his laziness. If he wanted to attack a liberal individualism that makes the single story every story and effectively privatises the business of social change, he might have (a) had a bit of a think, and (b) stopped writing so ceaselessly about himself.

It’s all very well and good and certainly provocative to challenge the meaning of a much-loved figure like Rosie Batty. But to fail to go beyond simple critique of Batty herself, a woman who has often and publicly said that she is learning how to make change and has certainly shifted her approach and will likely do so again, is mean and ignorant. And above all else, it is a description just of Latham and his prejudices. The guy consistently offered a picture of himself in a bikini.

Here is the body of my ideology, he said. As though being “honest” about one’s feelings is in itself a laudable act, especially for a man who might have once been reasonably called an intellectual. Here is the enemy, he said. As though a reasonably erudite man of the third way is permitted to forget all the sociology has read and just bang on and on about how uppity women and uppity footballers shit him.

It is not just that “Latham is better than this”. Perhaps he is no longer better than that and it has been more than two years since the publication of his last decent, if flawed, work in Quarterly Essay. It is that Latham did what he despised.

I don’t even mind that he’s a hypocrite. What I mind is that he chose, as so many did, to present his “story” as though it were universal. Enough human-interest bikini shoots.

Well, this is awkward. There’s more preamble in this story than actual amble and the point of it all is to establish the universality of the author’s individual view that too many people present their individual views (stories) as universal.

(And just when was it that the cancerous Latham could have “been reasonably called an intellectual”?!)

Latham has authored a Quarterly Essay; a task reserved for intellectuals. In The Monthly this year, he was described as once one of the world’s leading thinkers on thirdwayism. His “radical centre” work Civilising Global Capital was widely understood to be an important text, if not in terms of the “capitalism with a human face” solution provided then as a public intellectual work that set down the ideas of Giddens, Putnam and influential others for a broad audience. His newer trollish inanity and longstanding tantrums don’t change the fact of past documents bearing Latham’s name that are the work of an intellectual.

His greatest achievement was the Bush snub “conga line of suckholes”.

Whatever his other sins, this was pure gold.